As I walked through the backyard a few days ago, it was full of twitterings and snatches of song.  Sparrows, chickadees, robins, starlings?  I'm no expert on these ornithological matters.  Besides, as is their wont, they were shy, and thus hidden.

In my younger years, I was on the lookout for bedizened birds: cardinals, orioles, tanagers, and the like.  But now I am fond of these workaday companions, who are with us always.  Think of the generations of them that have accompanied us through our lives!  There is little in life that is constant, or that can be relied upon, but this humble, comforting chorus has never ceased.

The dunnock in the hedge -- is he fearful
or fastidious?  His eyes are fixed on the bird table
where five free-for-all sparrows
peck in a shower bath of crumbs.

Three apple trees look as if they'd get on rehearsing
as Macbeth's witches
if they had the energy.

And, only seven hours old,
the day begins to die.

-- The sparrows have gone, telling everybody, and the dunnock
is giving us all
a lesson in table manners. 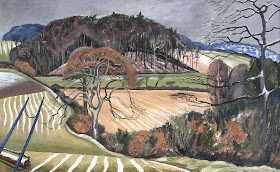 As a rule, Japanese waka and haiku poets do not traffic in "symbols," "metaphors," or "allegories."  They simply report what is going on in the World around us.  All this thinking that we do is highly overrated.

If they didn't sing
we'd just take them
for deeper-hued leaves --
the flocks of greenfinches
feeding on willow buds.

Now, I acknowledge that it certainly took some thinking on Saigyo's part to compose this poem.  But the thinking went into figuring out how to present this beautiful piece of the World to us with the least amount of interference and elaboration.  Lest we destroy Saigyo's lovely report on experience, we must resist mightily such thoughts as:  "The flocks of greenfinches symbolize . . ."  Or, worse:  "The meaning of this waka is . . ."  No.  We must stop all that.  Saigyo has given us the World.  That is enough. 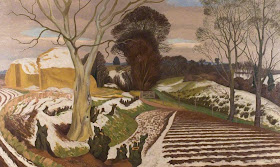 When it comes to birds, I suppose that anthropomorphism is always a danger (the Pathetic Fallacy, sentimentality, et cetera).  But is this really a danger?  If we don't see ourselves out there in the World, then where do we see ourselves?  In the mirror?  In the phantasies, phantasms, and frauds of popular culture?

Their twittering isn't avant-garde
or confessional or aleatory.
It doesn't quote other birds
or utter manifestos telling them
how to sing.

It's congruent with their way of flying,
for that, too,
is a sweetest, softest twittering
to the eye.

The clumsy, clever human
bumbles about in the space
between his actions and his words.
No congruence there.

He listens with envy
while their song flirts
from one twig of silence
to another one. 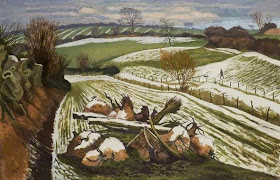