At 7:45 this evening I sat in a chair, reading a poem by W. B. Yeats. As I looked to the left out the front window, I could see the last light of the day -- pale pink-blue, with an undertone of yellow -- above the silhouettes of the Olympic Mountains to the west.  The waters of Puget Sound, which had been dotted with sailboats in the morning and afternoon (the first race of the season), were still and empty, save for a single freighter leaving port, headed north.  Bound where?

At that moment, to my right, beyond the window that faces the back garden, a robin began to sing.  The garden, in the shadow of the house, was already dark.  Yet the robin -- somewhere in a cherry tree or an apple tree (I could not see him or her) -- sang and sang.

As the robin sang, I read this poem:

Gratitude to the Unknown Instructors

What they undertook to do
They brought to pass;
All things hang like a drop of dew
Upon a blade of grass. 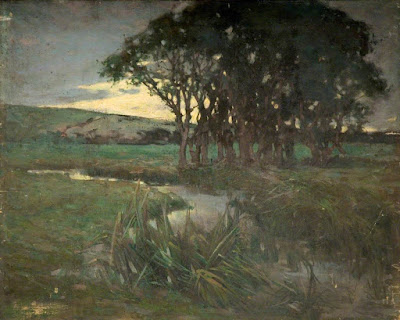 How Little We Know

Ah, what bundles of quirks and tics, impulses and imaginings, hopes and delusions, we are.  In short, individual human souls.  Abiding for a brief time in "the vale of Soul-making."

On the other hand, we live in a politicized culture in which a predominant tendency is to place people into groups based upon various characteristics.  This taxonomization of human souls proceeds apace.  History tells us something about where this sort of thing leads, but I shall refrain from commenting further.

A haiku by Masaoka Shiki comes to mind:

Tell them
I was a persimmon eater
who liked haiku.

Shiki wrote the poem in the autumn of 1897.  He had contracted tuberculosis in 1889, and had been in nearly constant pain since that time.  He died in 1902 at the age of thirty-four.  He did indeed love to eat persimmons.  And he did indeed love haiku.  In 2009, the Japanese postal system issued a stamp with an illustration of two persimmons hanging on a branch, accompanied by one of Shiki's best-known haiku:

Stopping at a Teashop
at Hōryū-ji Temple

I eat a persimmon
and a bell starts booming --
Hōryū-ji.

I am wholly in favor of placing oneself into categories such as "persimmon eater" or "lover of haiku."  Or "rain gazer."

Evening shower --
and gazing out into it,
a woman alone.

Or "snow watcher."  Two centuries after Kikaku wrote his haiku, Shiki wrote this:

From a rear window
in the falling snow
a woman's face looks out. 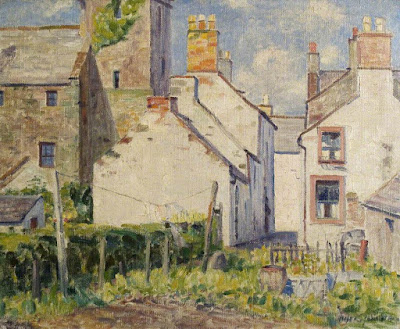 Back in early December, I wrote about the robins that gather here in small flocks in winter.  I have grown increasingly fond of them.  For now, they still congregate in flocks, but, when spring arrives, I expect to see them pair off into couples.  On a sunny afternoon earlier this week, I saw a group of them spread out across a wide field of grass (green from the winter rain), feeding.  The robin world seems a simple world, but I'm sure it is not.  Yet, on that warm, nearly-spring day, they seemed at peace in their robin lives.

As I walked beside the flock, I focused my attention on one of the robins.  I believe it was a female, because her breast feathers were a paler orange.  She made her way across the field with her companions, slowly but steadily, pecking the ground, occasionally lifting her head to look around, hopping forwards and sideways, chattering now and then.  I thought of the spark of Life she was.  I suddenly realized that she was this robin, not a robin.  There was nothing else like her in the world.

Walter de la Mare, The Fleeting and Other Poems (Constable 1933). 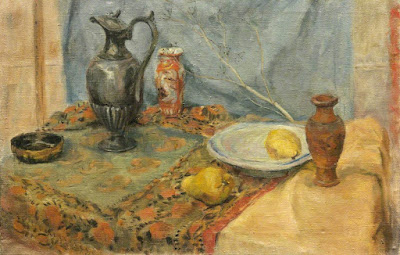 The crocuses have now arrived in earnest.  A bit late due to an unusually cold winter.  They border the sidewalks in the neighborhood:  dark purple; white; deep yellow; pale purple streaked with white.  After I'm dead, tell them I waited each year for the crocuses.  And watched the flocks of robins in the winter.

Pine needles,
each needle strung with its
drop of bright dew,
forming, then falling,
falling, then forming again. 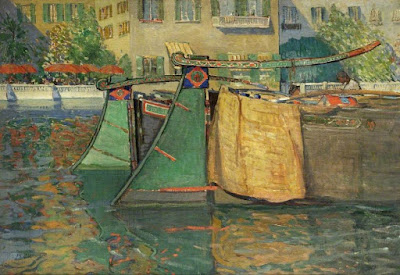