Recently, I have been trying to remember my grandfather's voice.  He passed away more than twenty years ago, but I can still "hear" him -- although I know the sound is all in my head.

His parents immigrated to America from Sweden near the turn of the twentieth century.  My grandfather and his four brothers -- each of them blue-eyed, tall, reticent, and skillful at fixing things -- spoke with a sort of Scandinavian lilt and cadence, even though they were born here.  Swedish must still have been spoken on the farm when they were growing up.

I have a photograph of me, at the age of 4 or 5, watching my grandfather as he stood at a wood table cleaning a fish he had caught in a northern Minnesota lake.  I remember fishing with him.  If I caught a small sunfish he would say:  "That's a keeper." 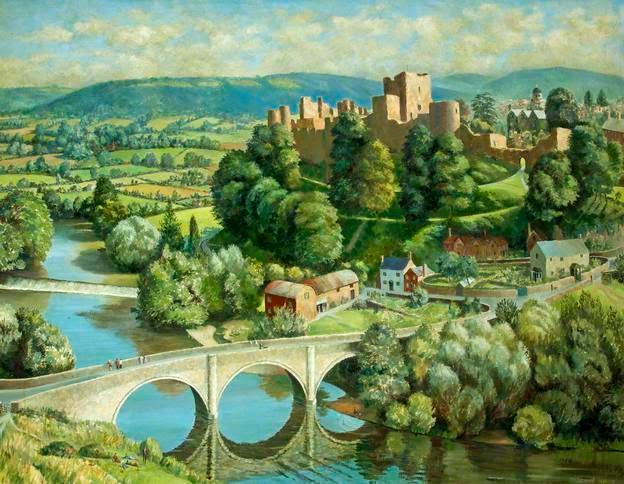 Voices, loved and idealized,
of those who have died, or of those
lost for us like the dead.

Sometimes they speak to us in dreams;
sometimes deep in thought the mind hears them.

And with their sound for a moment return
sounds from our life's first poetry --
like music at night, distant, fading away.

C. P. Cavafy, Collected Poems: Revised Edition (translated by Edmund Keeley and Philip Sherrard) (Princeton University Press 1992).  In the original version of their translation, Keeley and Sherrard translated the final line as follows:  "like distant music fading away at night."  C. P. Cavafy, Collected Poems (Princeton University Press 1975).  The line is so wonderful, it is difficult to choose, isn't it?

As I have suggested before, the versions of Keeley and Sherrard are the best place to start when seeking out translations of Cavafy's poems.  However, it is instructive to consider other translations as well:  although the details differ, the underlying emotional core of the poem usually remains intact. 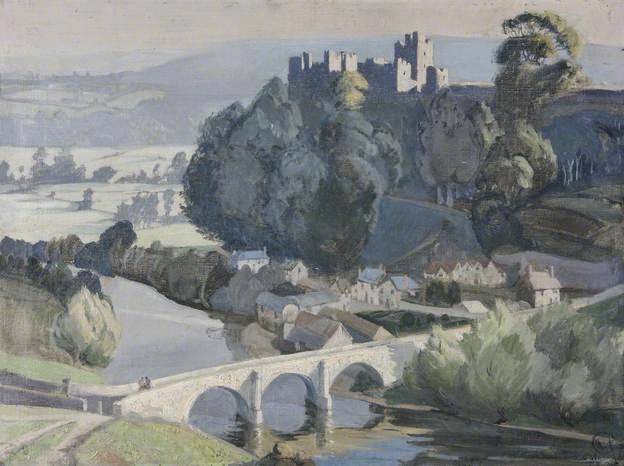 Ideal voices and dearly loved
Of those who have died, or of those who are
To us lost like the dead.

And with their sound return for a moment
Sounds from the first poetry of our life --
Like music, at night, far off, that fades away.

The two versions are fairly close, aren't they?  The entire poem is lovely, but the final two lines are hard to beat.  It is interesting to see how similar the two versions are:  "our life's first poetry" versus "the first poetry of our life"; "like music at night, distant, fading away" versus "like music, at night, far off, that fades away."  I lean towards Keeley and Sherrard. 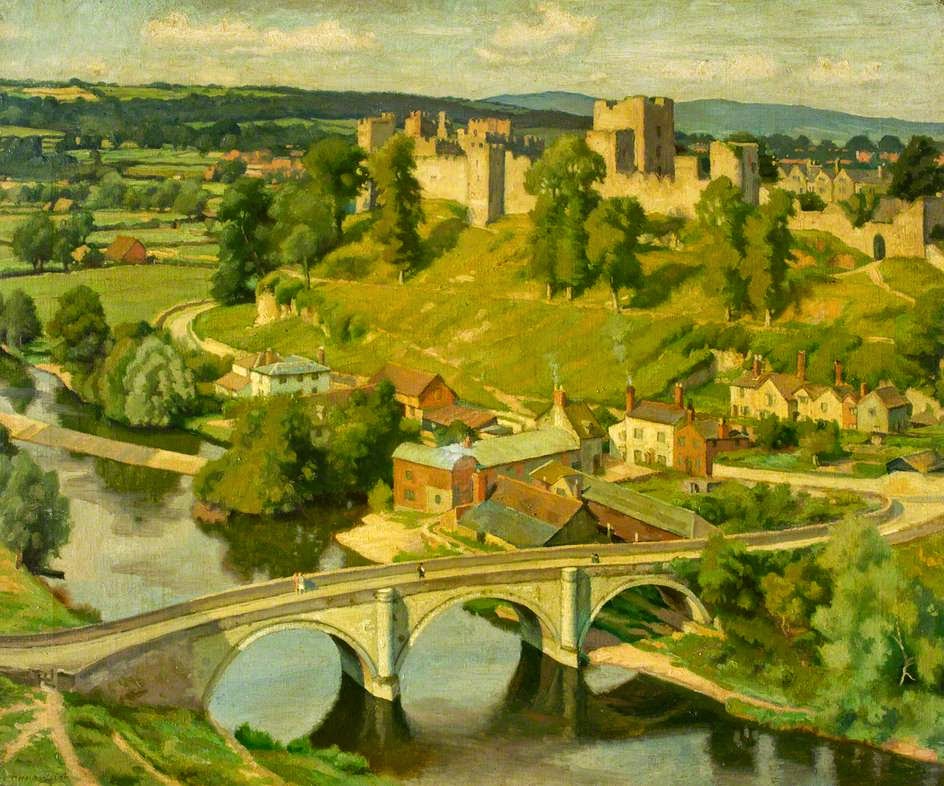 Derek Mahon has referred to his translations (mostly from French, but from a number of other languages as well) as "adaptations."  Thus, in the Foreword to his most recent collection of translations, he writes:  "These aren't translations, in the strict sense, but versions of their originals devised, as often as not, from cribs of one kind or another. . . . My own versions, looking to recreate the spirit and employing many extraneous devices, belong in another category, that of poems adapted from their originals."  Derek Mahon, Echo's Grove: Translations (The Gallery Press 2013) (italics in the original).

For those adept at Greek, this sort of approach might set the teeth on edge. But, because Mahon is such a gifted poet, I am more than willing to give him some slack.  (Easy for me to say, given my ignorance of Greek!)  Here is his version of Cavafy's poem.

Definitive voices of the loved dead
or the loved lost, as good as dead,
speak to us in our dreams
or at odd moments.

Listening, we hear again,
like music at night,
the original poetry of our lives.

Keeley, Sherrard, and Liddell replicate the eight-line, three-stanza form of the original.  Mahon shortens the poem.  He certainly preserves what I called above the "emotional core" of the poem.  I particularly like "the loved lost, as good as dead."  But I confess that I miss "like music at night, distant, fading away." I think that it is the Ernest Dowson in me that gets hooked by that line.

Perhaps the most renown poem of the living hearing the voice of the dead is Hardy's "The Voice."

One might say that Cavafy's poem is a poignant one, one bespeaking the human predicament, the general heartache of life (spawned by absurdity coupled with profundity), the inexorable fading of all a man might love, an elegiac poem, pensive and, in ways, languid, as if the experience somehow is precious, to be treasured.

Hardy's poem, as touched with Hardy's genius as any other of his great poems, is, despite its not being in the least sentimental, a poem of regret.

You aren't the only one to have a soft spot for the poetry of Dowson. It whets your sensibility and makes your blog delightful--this part of you.

Woman much missed, how you call to me, call to me,
Saying that now you are not as you were
When you had changed from the one who was all to me,
But as at first, when our day was fair.

Can it be you that I hear? Let me view you, then,
Standing as when I drew near to the town
Where you would wait for me: yes, as I knew you then,
Even to the original air-blue gown!

Or is it only the breeze in its listlessness
Travelling across the wet mead to me here,
You being ever dissolved to wan wistlessness,
Heard no more again far or near?

Thus I; faltering forward,
Leaves around me falling,
Wind oozing thin through the thorn from norward,
And the woman calling.

A beautiful poem, one that makes me want to read Cavafy. And the "music at night" motif is strangely unaffected by different translations. Odd, that. Perhaps that is one measure of an idea's strength.
Prior to this, I was only aware of the phrase as being the title of an essay by Aldous Huxley. It is about art and meaning. It does not acknowledge the poem at all. I wonder if that is because Huxley had forgotten it. It is unlikely that he would hit upon the same idea.

Thank you for this poem, which is especially helpful to me right now.My father died, peacefully and full of years, on Monday.

Anonymous: thank you very much for "The Voice." It is one of his best, isn't it? "Wan wistlessness" and "wind oozing thin through the thorn" have always stayed with me: they are pure Hardy. Even if he had written nothing else, "Poems 1912-13" would alone make him a poet for the ages. But of course there is so much more.

I'm pleased to hear that you may have a soft spot for Dowson as well! He does have something that no one else has. There are times when his poetry fits the mood perfectly, and no one else will do.

Finally, thank you for your thoughts on "Voices": well said.

Sam Vega: as always, it is good to hear from you.

I'm pleased that you liked the poem. Reading Cavafy's poetry is always interesting: the poems out of ancient history, the semi-erotic poems, and then -- I think these are his treasures -- poems like "Voices," which are in a category by themselves.

I agree with you completely about the "music at night" line: it is so lovely that it comes across well no matter who translates it.

As for Huxley's "Music at Night": I have not read the essay, but it is entirely possible that he arrived at the idea/phrase on his own. The first translation of Cavafy's collected poems (by John Mavrogordato) did not appear until 1951; Huxley's collection of essays, "Music at Night" appeared (Internet research tells me) in 1931. Although a few stray translations of Cavafy's poems had appeared in journals prior to 1931, I'm not sure if "Voices" was among them. In any event, I now have to track down a copy of Huxley's essay, since it sounds interesting!

Mr. Guirl: I am very sorry to hear of the loss of your father. But at least you have the compensation, as you say, that he passed away "peacefully and full of years." If "Voices" has helped you in some small way during this time, I can only say that I am glad it came your way when it did.

I wish you and your family well during this difficult time.

Stephen – I do not know why, but I find it impossible to remember voices (perhaps not a problem for an actor with a fine muscle memory?) Of my father – who died thirty years ago – I can remember only his physical mannerisms. The same is true of my paternal grandfather, who died over fifty years ago: in my mind’s eye I see him with a toasting fork in front of an open coal fire, humming to himself in his habitual manner – but of his voice, I have no memory. He and my step–grandmother lived in a cottage in the Surrey countryside. A few years ago, I had the chance to return, and found the same ineffable beauty I had experienced as a child. The cliché is near–threadbare, but it was truly as if time had stood still. It is possibly true to say that – through association – this area of countryside means more to me that to anyone else still alive. But, even if I were a Wordsworth, I could not put my sensations into words. Jon Cook succinctly sums up the problem:

“We want language to be or do something that it cannot be or do. Both autobiography, and the rhetoric of Romanticism, more generally exemplify this desire and its inevitable frustration.”

Peter: thank you for those memories of your grandfather and Surrey -- although you may not be able to recollect his voice, all else seems to remain clear. And thank you for reminding me: my grandfather used to hum to himself as well.

I appreciate the quote about the limitations of words. I'm sure you have seen me use Wittgenstein's famous "Proposition 7" more than once: "What we cannot speak about we must pass over in silence." A different context, of course, but it always comes in handy!