In some quarters, starlings are viewed as pests, particularly when they congregate in massive flocks.  And there is no doubt that they can make quite a racket, even in small groups.  But if you watch them as they go about their daily business, they can become quite endearing.

I have no illusions.  As I watch a small flock of starlings flit from place to place in the neighborhood, or in a park, I realize that they are driven by hunger and skittishness.  The constant activity is a matter of survival.  But, as I say, there is something endearing and beguiling about this intensely preoccupied, antic, ever-chattering community.

Can you keep it so,
cool tree, making a blue cage
for an obstreperous population? --
for a congregation of mediaeval scholars
quarrelling in several languages? --
for busybodies marketing
in the bazaar of green leaves? --
for clockwork fossils that can't be still even
when the Spring runs down?

No tree, no blue cage can contain
that restlessness.  They whirr off
and sow themselves in a scattered handful
on the grass -- and are
bustling monks
tilling their green precincts.

As I mentioned in my previous post, birds are apt candidates for anthropomorphization, and Norman MacCaig does this quite well. "Bustling monks/tilling their green precincts" is wonderful. 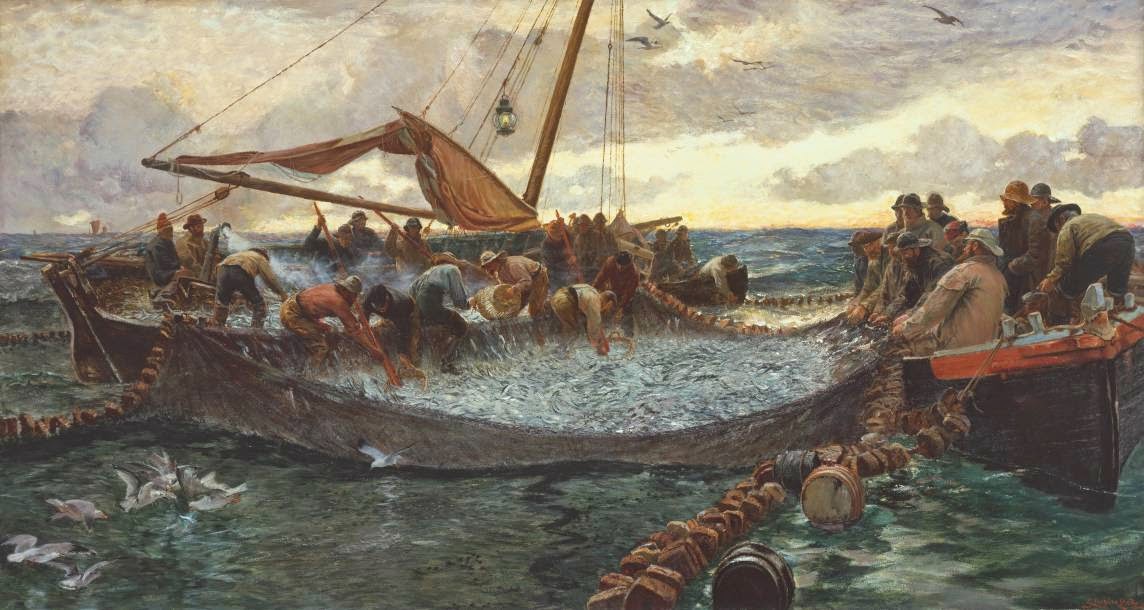 Thomas Hardy has no reservations whatsoever when it comes to this sort of thing.  Monologues by, and conversations between, non-human creatures are a common occurrence in his poetry.  I suspect that some Modernists may find this to be old-fashioned, quaint, "sentimental," or otherwise objectionable on aesthetic grounds: not "serious" poetry, in other words.

Here's a test.  Which would you prefer?  To read a poem by Thomas Hardy in which birds carry on a casual conversation (or, to cite another example, a poem in which a dog converses with his deceased former owner, recently buried beneath the turf)?  Or would you prefer to read something by James Joyce?  Well, I think you know my answer.  Talking birds win hands down.

The poem is a triolet.  Thus, the first, fourth, and seventh lines are the same, as are the second line and the last line.  This in turn means that the opening and closing couplets are identical. 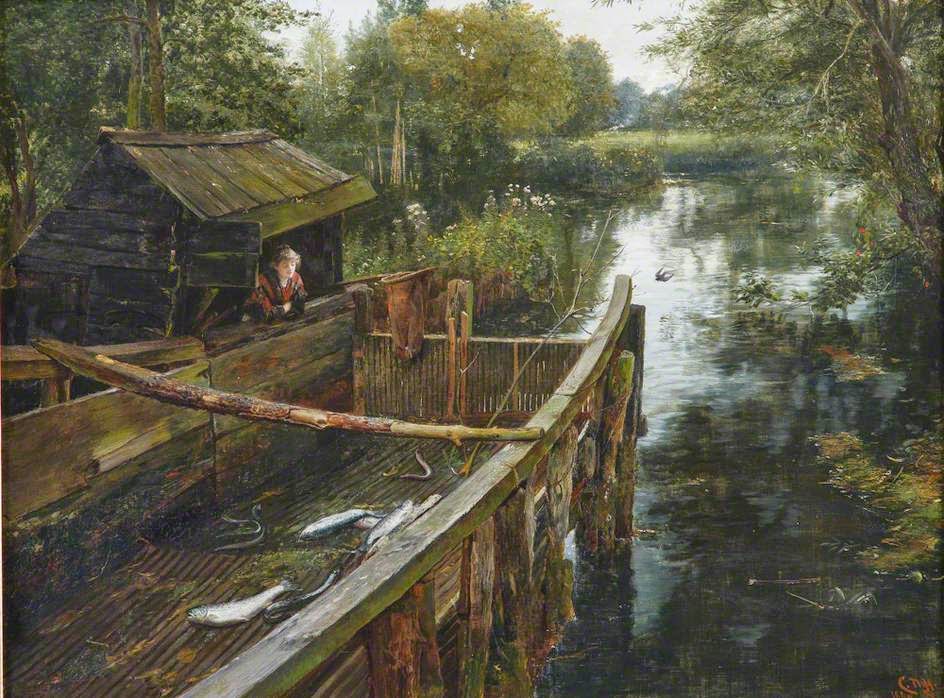 The following poem demonstrates that, although Hardy is being playful when it comes to his bird conversations, he is not, in doing so, sacrificing the ability to create an affecting scene.

Starlings on the Roof

"No smoke spreads out of this chimney-pot,
The people who lived here have left the spot,
And others are coming who knew them not.

"If you listen anon, with an ear intent,
The voices, you'll find, will be different
From the well-known ones of those who went."

"Why did they go?  Their tones so bland
Were quite familiar to our band;
The comers we shall not understand."

"They look for a new life, rich and strange;
They do not know that, let them range
Wherever they may, they will get no change.

"They will drag their house-gear ever so far
In their search for a home no miseries mar;
They will find that as they were they are,

"That every hearth has a ghost, alack,
And can be but the scene of a bivouac
Till they move their last -- no care to pack!"

I would suggest that the fact that this conversation is between two starlings -- rather than between two humans standing on the sidewalk -- actually heightens the poem's impact, brings home more deeply the universal human plight that is the subject of the poem.  But I may certainly be wrong. 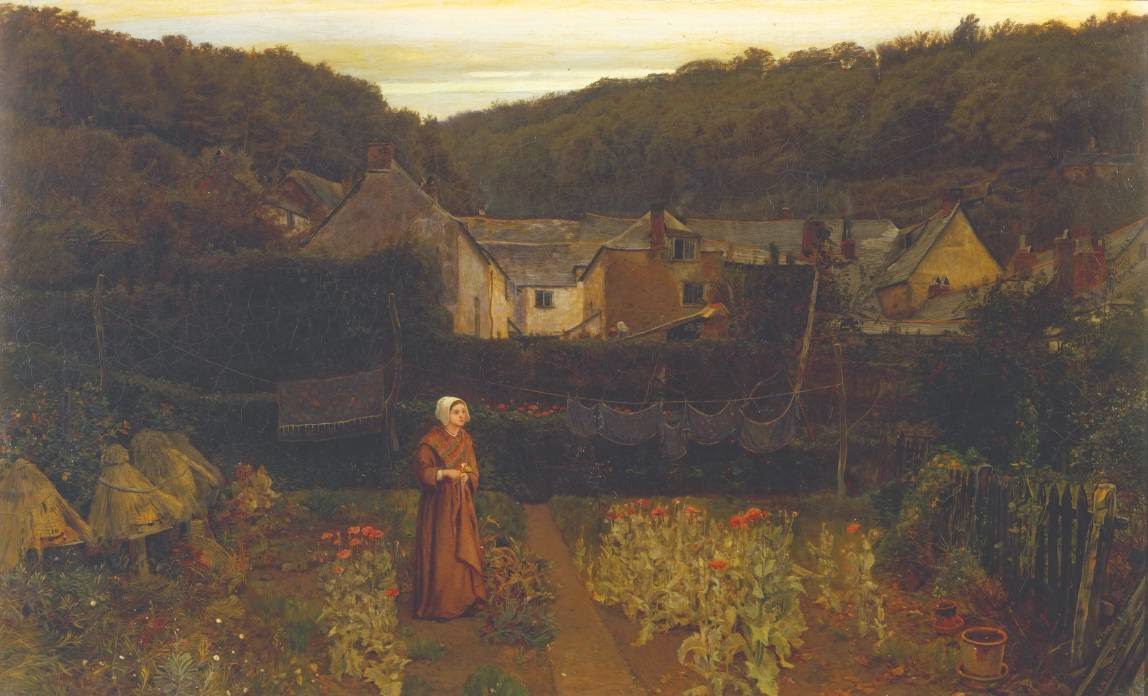 
One of the most read of the English popular ballads, along with the ballads "Sir Patrick Spens" and the chilling "Lord Randal," is "The Three Ravens." In the ballad the ravens speak.

Hardy was in good company. I agree with you: having animals, birds especially, speak does, by giving an aesthetic distance, illumine the human condition, giving us a truth we otherwise perhaps could not see, saving us from self-indulgence and self-pity.

Most of us are, as Frost says, "versed in country things": we know the birds are not weeping for the people who used to live in the ruined house, but in spite of our knowing the birds don't weep for us, something in us, if just a thin wish, believes the bird's do weep for the heartaches of mankind. We poor humans are foolish this way.

There were three raves sat on a tree
They were a black as black might be,
With a down, derry, derry, derry, down, down. [note: the following stanzas take the same pattern with the repletion of the first line and the refrain]

The one of them said to his mate.
"Where shall we our breakfast take?"

Down in yonder green field,
Their lies a knight slain under his shield,

His hounds they lie down at his feet
So well they do their master keep.

His hawks they fly so eagerly
No other fowl dare him come nigh,


Down there comes a fallow doe
As heavy with young as she might go.

She lifted up his bloody head,
And kissed his wounds that were so red,

She got him up upon her back
And carried him to earthen lake.

She buried him before the prime,
She was dead herself ere even-song time,

God send every gentleman
Such hawks, such hounds, and such lemman

Mr Floyd: Thank you very much for sharing "The Three Ravens": it provides a nice complement to Hardy's poems. This is a long-established tradition, isn't it? I haven't done the research, but, given his deep knowledge of English poetry, I suspect that Hardy was well aware of "The Three Ravens' and other antecedents.

And thank you for bringing in Frost's poem. I confess that I am one of those who tends to believe that "the phoebes wept."