As the years accumulate in one's life, the virtues of brevity become more and more apparent.  There is something to be said for getting to the point. When it comes to poetic brevity, nothing can compare with the haiku:  life and the universe encompassed within 17 syllables.  As long-time (and much-appreciated!) readers of this blog are aware, I am very fond of haiku, and a large number of them have appeared here in the past.

In my humble opinion, the deceptive simplicity of the haiku cannot be replicated in any English verse form.  Of course, this has something to do with the differences between the Japanese and English languages:  based upon my limited experience with Japanese, I would venture to say that Japanese accomplishes more in fewer words.  But there are also cultural factors at work:  poets writing in English (wherever they come from) tend to go on and on; in Japan, reticence and concision are highly-valued poetic and aesthetic attributes.

In English verse, the shortest free-standing poems are either quatrains or couplets, and such poems are relatively uncommon.  Instead, the classic English verse form (at least until the 20th century) is arguably the 14-line sonnet.  A traditional Japanese haiku poet would be bemused and/or appalled at the thought of any poet needing 14 lines (and 140 syllables!) to say what he or she wishes to say.

However, having now pontificated, over-simplified, and grossly over-generalized, I must confess that this post is prompted by two beautiful lines of English verse that I encountered earlier this week:

Language has not the power to speak what love indites:
The Soul lies buried in the ink that writes.

The two lines are likely a fragment:  they appear in the manuscripts written by Clare in the latter years of his life, while he was confined to an asylum. They were not given a title by Clare, nor were they ever published in his lifetime.  However, they are set apart as a separate unit in one of Clare's notebooks:  they are not an extract from a larger poem.  Accordingly, subsequent editors of the manuscripts have published the lines as a free-standing poem.

I will not attempt to "explicate" the lines (I am not qualified to do so in any case), for I do not wish to destroy them.  But, to me, the lines demonstrate that a two-line poem in English can be every bit as evocative and ever-expanding as a haiku -- albeit in a different fashion. 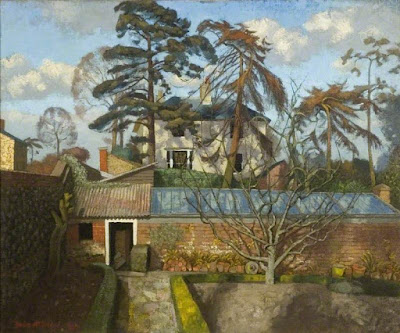 Two-line poems in English (i.e., couplet poems) tend to be epigrammatic or aphoristic.  In contrast, the distinctive feature of the haiku is its concrete (usually natural) imagery (although such concreteness does not limit its capacity for deep implication, without the need for "symbolism" or "metaphor").  In making this observation, I am not advocating on behalf of one form over the other:  they each have their own beauties and charms.

Many we are, and yet but few possess
Those fields of everlasting happiness.

In Man, ambition is the common'st thing;
Each one, by nature, loves to be a king.

In my view, Herrick is the master of the two-line poem in English:  no poet has used it more frequently (with the possible exception of Walter Savage Landor), and in such a lovely and telling fashion.

Let's live with that small pittance that we have;
Who covets more, is evermore a slave.

Die ere long I'm sure, I shall;
After leaves, the tree must fall. 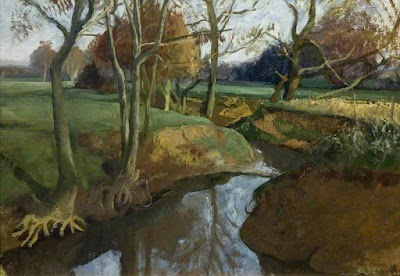 To once again generalize, in the 20th century the two-line poem began to move away from the neatly tied-up epigrammatic or aphoristic statement (usually in the form of a heroic couplet) into something more emotionally open, and more amenable to the sort of natural images that one finds in haiku.  I suspect that this is due both to the general relaxation of poetic forms that has occurred in modern times (a mixed blessing at best, but I will not go into that) and to the influence of the long-delayed introduction of traditional Japanese and Chinese poetry into the English-speaking world at the end of the 19th century and the beginning of the last century.

(A side-note:  the most common Chinese short-form poem is the chüeh-chü, which consists of a single quatrain rhymed in the second and fourth lines (with an optional rhyme in the first line) and which includes the same number of Chinese characters in each line (5 or 7).  The chüeh-chü, like the haiku, is almost always based upon concrete natural images, and, like the haiku, it is capable of deep implications that belie its apparent surface simplicity.)

Here is one of my favorite modern two-line poems.

Seamus Heaney, The Haw Lantern (Faber and Faber 1987).  The poem is untitled.

Michael Longley is, I believe, the master of the short poem in our time.  Of course, he has written many fine long poems, but four-line poems occur often in his work, together with a fair number of five- and three-line poems. Given his genius for presenting striking, moving imagery in a concise fashion, it is not surprising that he has written a number of wonderful two-line poems as well.

Without moonlight or starlight we forgot about love
As we joined the blind ewe and the unsteady horses.

Love poems, elegies:  I am losing my place.
Elegies come between me and your face. 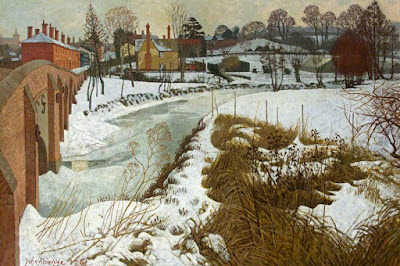 I will close with something enigmatic which demonstrates the evocative possibilities of modern two-line poems.  The following untitled poem was written in French by Philippe Jaccottet.  However, by translating the poem into an English heroic couplet (using half rhyme, at least to my ear), Derek Mahon permits us to consider it as an English two-line poem.

(Nothing at all, a footfall on the road,
yet more mysterious than guide or god.)

Here is the French text:

I have no idea what the poem means.  But I think it is lovely, and I return to it often. 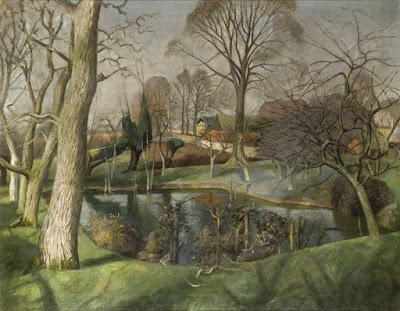 Emily Dickinson, often a cryptic and aphoristic poet, wrote nearly 1800 poems, most of them short but only few, comparably speaking, of them as short as two lines. To find them one would have to leaf through the thick tome of her poetry. I'm not in the mood this morning to sift through almost 2000 poems--and I'm sure you aren't in the mood to read through what would be construed as a long list of two-liners. The entire thrust of your post is on the sublime value of brevity.

I can, however, quote a few from memory (I did check to make sure my memory didn't vary from the original poem). No doubt she wrote superior two-line poems, but, right now, these (see below) are the few I remember. It had been better perhaps had fated blessed me with more acute aesthetic taste, but I am, don't get me wrong, thankful for a strong memory.

I find this simile of hers lovely:

Soft as the massacre of Suns
By Evening's Sabres slain.

The competetions of the sky
Corrodless ply.

Society for me my misery
Since gift of Thee.

The triumph over despair (I think):

Winter under cultivation
Is as arable as Spring.

Mr. Floyd: Thank you very much for the poems by Dickinson, and for reminding us that she is also a master of the short poem -- in her inimitable "cryptic and aphoristic" way, to borrow your words. Of the poems you shared, I particularly like "Winter under cultivation/Is as arable as Spring." It sounds like something that Herrick might have written, but with Dickinson's unique angle on things.

As always, thank you very much for visiting, and for sharing both your thoughts and the poems.

May I be bold enough to offer something by Ezra Pound as an addition:

The apparition of these faces in the crowd;
Petals on a wet, black bough.

All the best from a "fan" of your blog, formerly of Beyond Eastrod; you are invited, BTW, to visit and comment at my new Transcendental American literature blog:
http://beyondwaldenpond.blogspot.com/

R.T.: Thank you for the poem by Pound; I agree that it goes well here.

Thank you very much for visiting again. I wish you well at your new blogging location, and with your new emphasis -- I have already paid a visit.

Thank you for introducing me to the work of John Aldridge. It is gratifying to know that there is some appreciation for brevity in poetry, it can be so multifaceted, and in this way it is frequently mesmerizing.

Ms. Turner: I'm pleased you like the paintings by John Aldridge. I'm fond of his work, and it has appeared here often. I completely agree with your observations about shorter poems. Thank you very much for visiting, and for sharing your thoughts.

I love the range of seasons in the Aldridge paintings. Two wonderful Februarys, one summer, & "Beslyn's Pond" looks like early spring to me. Susan

Susan: I'm very happy to hear from you again. I'm pleased you like Aldridge's paintings. "Beslyn's Pond" is wonderful, isn't it? It is my favorite of Aldridge's paintings (and one of my favorite paintings, period), and one of the main reasons for this is exactly what you suggest: it seems to me to perfectly capture the look and the feel of early spring. It is one of those paintings you want to walk into and never return. At least for me.

I hope that you are experiencing, or will soon experience, a similar spring where you are. It is always a pleasure to have you stop by. As ever, thank you very much for sharing your thoughts.

I really like the two short poems read 'together' as it were - both have that same strong emphasis on 'Nothing" and "Choses" yet are opposites, and this amalgam continues. Thanks as always. S. Berris.

E Berris: I hadn't thought of it that way, but now you've got me thinking about this further. The interplay is interesting. Mahon prefers to call his translations "versions" of the original text, which I think fits in with your observation -- although I may be missing your point.

It's very nice to hear from you again. As ever, thank you very much for stopping by.