A. E. Housman: Three Variations On A Theme

The two great themes of A. E. Housman's poetry are love (unrequited, or requited and lost) and death (or, put differently, the fleeting nature of life). These subjects are addressed in verse that some may find "old-fashioned" or "quaint."  And it is certainly true that, even though his final collection was published in 1922 (the year in which Eliot's The Waste Land was published), Housman was not a "Modernist."

For my money, Kingsley Amis appropriately responds to quibbles about Housman's poetry:

"Of course I think it ungrateful and wrong that Housman should never have been conventionally admitted as a great English poet, one of the greatest since Arnold, but not so surprising when you consider some of the people who have been so admitted.  What are the objections to him? . . . His themes are restricted:  I started to make a list of them until it occurred to me that the same objection would exclude from the canon Milton, Herbert, Pope, Wordsworth, Keats. . . . He turns his back on the modern world:  next question.  He made no technical innovations:  get out of my sight."

The theme of the following three poems is love, and they are tied together by similar imagery.  The first poem was published while Housman was alive.  The other two were published posthumously.  As is the case with most of Housman's poems, they are untitled.

I know not if it rains, my love,
In the land where you do lie;
And oh, so sound you sleep, my love,
You know no more than I.

Lest one think that this is technically a "simple" poem, one should consider Housman's use of assonance, consonance, and alliteration both within a given line, and across lines.  The fact that the moon is a "half-moon" is not a matter of happenstance.  And consider this as well:  is the absent lover in another land?  Or is he or she dead?  Or, just possibly, is he or she now sleeping in the same bed as the speaker of the poem? 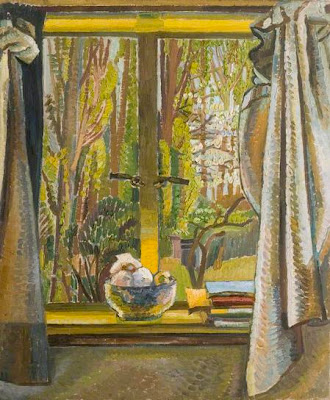 The following two poems are expanded versions (not strictly translations) by Housman of a poem by Sappho.

"Bourn" in this instance probably means "a bound, a limit" or, perhaps, "a boundary" (OED).  According to Bulfinch, "the Pleiads were daughters of Atlas, and nymphs of Diana's train.  One day Orion saw them and became enamoured and pursued them.  In their distress they prayed to the gods to change their form, and Jupiter in pity turned them into pigeons, and then made them a constellation in the sky."  Thomas Bulfinch, The Age of Fable (1855).

The rainy Pleiads wester,
Orion plunges prone,
The stroke of midnight ceases,
And I lie down alone.

The rainy Pleiads wester
And seek beyond the sea
The head that I shall dream of,
And 'twill not dream of me. 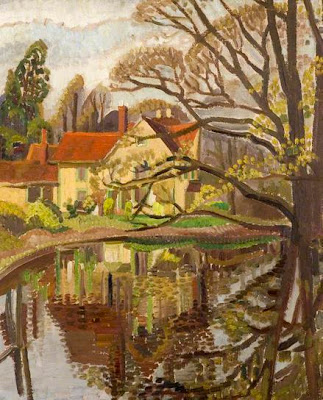 As offensive perhaps to conventional modern tastes as Housman's poetry itself is its patent artificiality. Rustic songs of love and early death being written by a dryasdust, asexual London scholar. I venture they'd be more acceptable if they'd been written by a latter-day John Clare.

Henry Miller: thank you for visiting, and for your comments.

Given the noisome nature of "conventional modern tastes" over the past 100 years (in poetry and in the arts in general), I tend to take the view that anything that "modern taste" finds "offensive" is most likely something that is good, and worth looking into. (Such as Housman's poetry.)

As for the caricature of Housman as "a dryasdust, asexual London scholar," I'm sure that you and I agree that it is a broad, lazy caricature, and only tells a small part of the story. (To wit: Moses Jackson.) It is akin to caricaturing Wallace Stevens as "a dryasdust, asexual Connecticut lawyer who worked for the Hartford Accident and Indemnity Company for 47 years." Neither caricature is of much use when it comes to their poetry, is it?

Thanks again for stopping by, and for your thoughts.