Life Explained, Part Twenty-Three: "They Are Not Long, The Days Of Wine And Roses"

Christina Rossetti and Ernest Dowson lived in wholly different Victorian worlds.  She was a devout Anglican who lived a quiet, somewhat reclusive life.  He was the quintessential 1890s Decadent figure:  a dissipated poet who wandered between London and Paris, dead at the age of 32.

Despite the differences between Rossetti and Dowson, Rossetti's "One Certainty" (which appeared in my previous post) and Dowson's "Vitae summa brevis" have, I think, much in common. 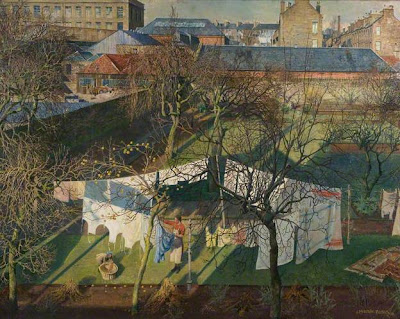 They are not long, the weeping and the laughter,
Love and desire and hate:
I think they have no portion in us after
We pass the gate.

They are not long, the days of wine and roses:
Out of a misty dream
Our path emerges for a while, then closes
Within a dream.

Dowson lacked the religious comfort that Rossetti had.  Still, the way he puts it, the prospect of what awaits us after the "One Certainty" does not seem frightening.  Our fate seems peaceful, restful:  "Out of a misty dream/Our path emerges for a while, then closes/Within a dream."  He sounds like a Taoist or a Buddhist. 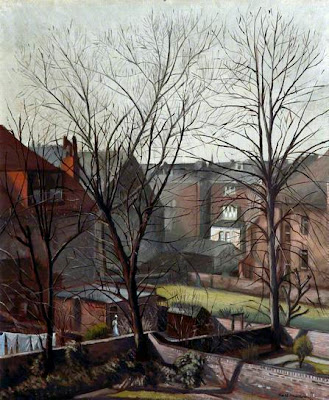 Marvelous work connecting Rossetti and Dowson, two of my favorite Victorian poets, both of whom seemed of but outcast from their age. Both do seem intent on staring down the veil, but are too restrained to try to pull it aside. This reminds me of another fine mystical poet Edwin Muir, and your quote of Shenkei recalls Muir's "Abraham":

"The rivulet-loving wanderer Abraham
Through waterless wastes tracing his fields of pasture
Led his Chaldean herds and fattening flocks
With the meandering art of wavering water
That seeks and finds, yet does not know its way.
He came, rested and prospered, and went on,
Scattering behind him little pastoral kingdoms,
And over each one its own particular sky,
Not the great rounded sky through which he journeyed,
That went with him but when he rested changed.
His mind was full of names
Learned from strange peoples speaking alien tongues,
And all that was theirs one day he would inherit.
He died content and full of years, though still
The Promise had not come, and left his bones,
Far from his father's house, in alien Canaan."

Mr. Sigler: as always, thank you for your thoughts, and for the link to your poem. Thank you also for the poem by Muir -- it has been too long since I have read him, and seeing it will prompt me to return to him. I hadn't seen "Abraham" before, so I appreciate your posting it here.