Rather, this particular snowfall is a sensual and emotional event.  It involves the light (be it early or late), the drift of the wind, and the way in which the snow whirls out of the sky.  A blizzard is not required.  A few flakes will do.  Something inside you says:  Ah, it is here. 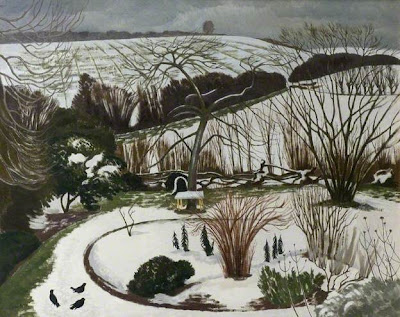 Again, great season, sing it through again
Before we fall asleep, sing the slow change
That makes October burn out red and gold
And color bleed into the world and die,
And butterflies among the fluttering leaves
Disguise themselves until the few last leaves
Spin to the ground or to the skimming streams
That carry them along until they sink,
And through the muted land, the nevergreen
Needles and mull and duff of the forest floor,
The wind go ashen, till one afternoon
The cold snow cloud comes down the intervale
Above the river on whose slow black flood
The few first flakes come hurrying in to drown. 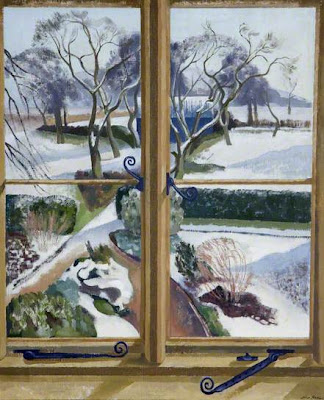 hart: thank you very much for visiting. I'm pleased that you have discovered Howard Nemerov. Thanks again.