"But it is a sort of April-weather life that we lead in this world.  A little sunshine is generally the prelude to a storm."  So writes William Cowper in a January 3, 1787, letter to the Reverend Walter Bagot.  Cowper, who endured much, knew whereof he spoke.  It is he who wrote two of the most despairing lines in English verse:

I, fed with judgment, in a fleshly tomb, am
Buried above ground.

The entire harrowing poem may be found here, where I suggest a comparison with John Clare's equally  harrowing "I am -- yet what I am, none cares or knows."

However, I do not wish to misrepresent Cowper with those two lines: despite his periods of deep melancholy, he seems to have been a good-natured, amiable, and kind man.  This is revealed in his correspondence, which is a delight to read. 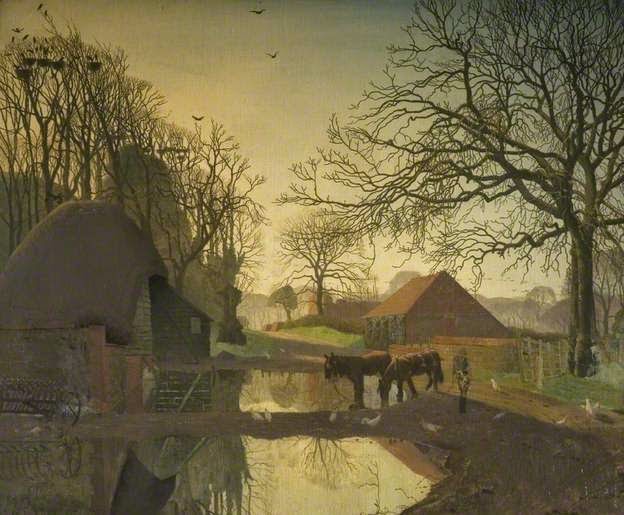 There lurks a sadness in the April air
For those who note the fate of earthly things;
A dreamy sense of what the future brings
To those too good, too hopeful or too fair.

An underthought of heartache, as it were,
Blends with the paean that the new leaf sings;
And, as it were, a breeze from Death's great wings
Shakes down the blossoms that the fruit-trees bear.

The tide of sap flows up the forest trees;
The birds exult in every bough on high;
The ivy bloom is full of humming bees;

But if you list, you hear the latent sigh;
And each new leaf that rustles in the breeze
Proclaims the boundless mutability.

Lee-Hamilton led an "April-weather life":  for 20 years he was confined to bed and sofa with a paralytic illness that has never been identified. Sonnets of the Wingless Hours was published in the year in which he recovered from the malady, which departed as mysteriously as it had arrived. 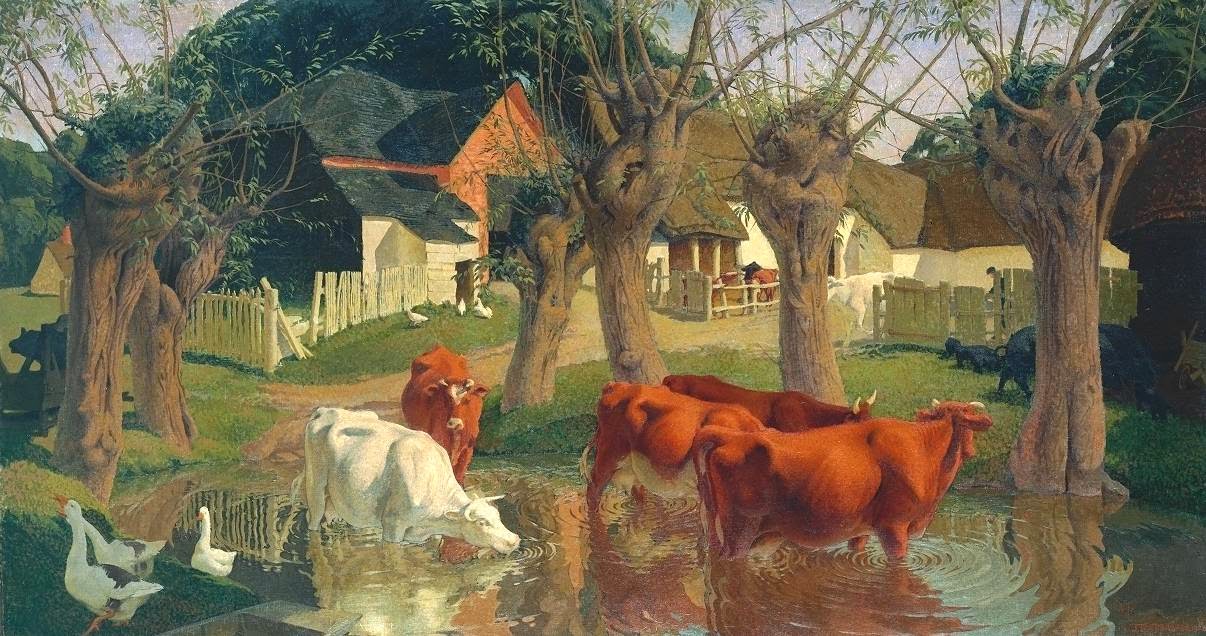 The wind frightens my dog, but I bathe in it,
Sound, rush, scent of the Spring fields.

Gurney, like Cowper, was a gentle and afflicted soul.  Of course, things are much more complicated than that.  In most poets, a line such as "My coat's a demon, torturing like life" would seem over-dramatic -- an affectation. (So might:  "If one's heart is broken twenty times a day."  Or:  "The heart burns -- but has to keep out of face how heart burns.")  But not so with Gurney.  His was indeed an "April-weather life."  And he is only reporting exactly how it is. 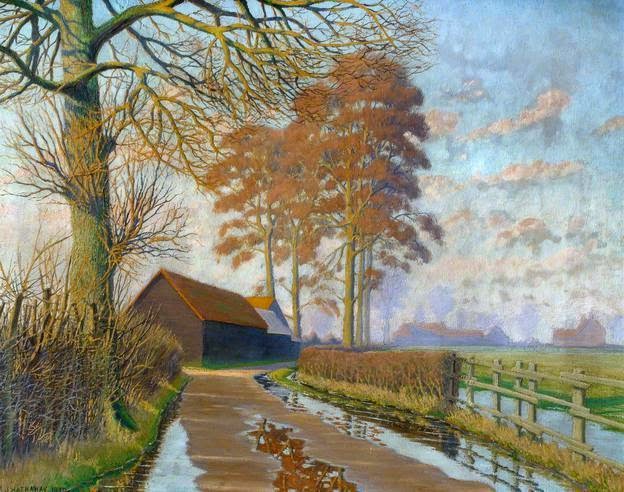 Splendid post today. I couldn't resist writing to see whether you knew that Froxfield (subject of one of the paintings copied) was a regular haunt of Edward Thomas. The Pub With No Name is there.

Anonymous: thank you. I'm pleased you liked the post.

I had forgotten about Thomas's connections with Froxfield. A bit of Internet searching after reading your comment reminded me of the inn/pub of "Up in the Wind," as well as these lines from "The Lane" (his third-to-last poem):

Some day, I think, there will be people enough
In Froxfield to pick all the blackberries
Out of the hedges of Green Lane . . .

I appreciate your pointing this out: it deepens my feelings for the painting, which I have long been fond of.