October has long been my favorite month.  However, the astonishing beauty of this past week is prompting me to equivocate.  What, then, of September?

Yesterday afternoon, beneath a cloudless sky, I walked west down an avenue of trees beside a marina.  A pleasant breeze -- without the underlying chill that often accompanies late summer breezes -- caused the rigging of the sailboats on my left to whistle and whirr, while the tackle tinkled like cowbells in a distant Alpine meadow.

A hundred or so yards in front of me, the waters of Puget Sound glittered silver and blue, stretching to the green-blue islands and mountains on the opposite shore.  Out on the Sound, about a quarter of a mile away, a large white cruise ship headed north to Canada and Alaska.

And the leaves, what of the leaves?  The leaves are still mostly green, although a few yellow precursors spun down around me as I walked.  A few others followed me down the path toward the water.  Gentle reminders.

As I walked, a thought occurred to me:  "What if eternity is like this?" 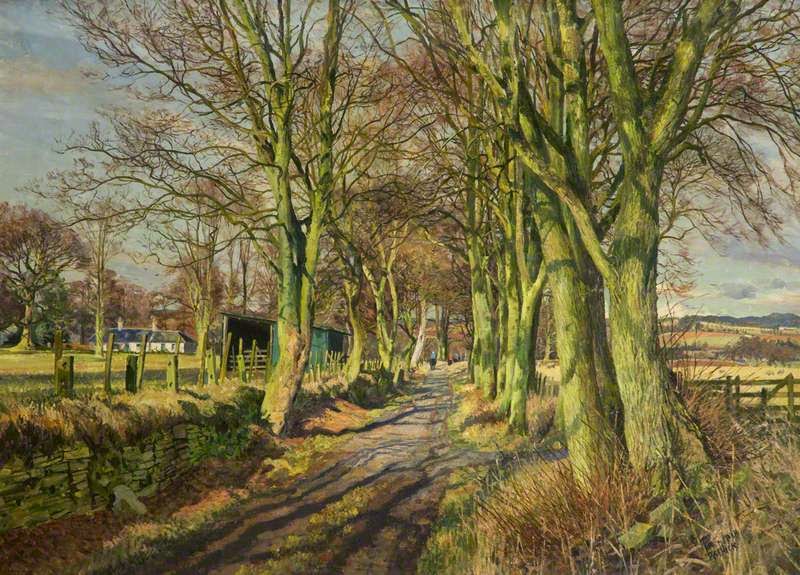 Thomas Hardy dated the following poem "November 8, 1923."  Yet I think the poem has a September feel to it.

The Best She Could

Nine leaves a minute
Swim down shakily;
Each one fain would spin it
Straight to earth; but, see,
How the sharp airs win it
Slantwise away! -- Hear it say,
"Now we have finished our summer show
Of what we knew the way to do:
Alas, not much!  But, as things go,
As fair as any.  And night-time calls,
And the curtain falls!"

Sunlight goes on shining
As if no frost were here,
Blackbirds seem designing
Where to build next year;
Yet is warmth declining:
And still the day seems to say,
"Saw you how Dame Summer drest?
Of all God taught her she bethought her!
Alas, not much!  And yet the best
She could, within the too short time
Granted her prime."

"Nine leaves a minute/Swim down shakily" brings to mind a lovely line by Edward Thomas:  "The hundred last leaves stream upon the willow." 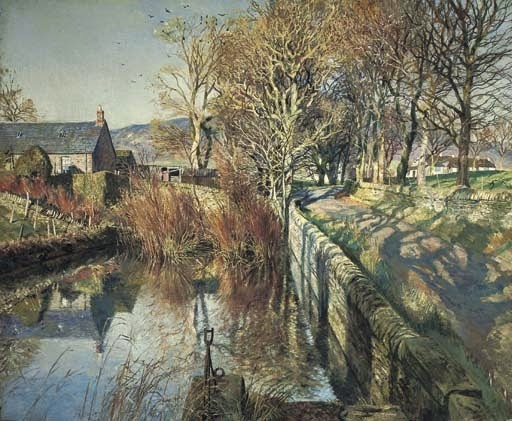 For me, September has two opposing poles.  First:  "Before us lies eternity; our souls/Are love, and a continual farewell."  The prelude to which is this:

The woods were round them, and the yellow leaves
Fell like faint meteors in the gloom, and once
A rabbit old and lame limped down the path --
Autumn was over him.

Here is the other pole.

This Solitude of Cataracts

Through many places, as if it stood still in one,
Fixed like a lake on which the wild ducks fluttered,

Ruffling its common reflections, thought-like Monadnocks.
There seemed to be an apostrophe that was not spoken.

There was so much that was real that was not real at all.
He wanted to feel the same way over and over.

Under the buttonwoods, beneath a moon nailed fast.
He wanted his heart to stop beating and his mind to rest

In a permanent realization, without any wild ducks
Or mountains that were not mountains, just to know how it would be,

Just to know how it would feel, released from destruction,
To be a bronze man breathing under archaic lapis,

Without the oscillations of planetary pass-pass,
Breathing his bronzen breath at the azury center of time.

The poem begins with a restated version of Heraclitus's famous dictum, which has often been visited by poets.  (For instance, Derek Mahon in "Heraclitus on Rivers" and Louis MacNeice in "Variation on Heraclitus.") But Stevens is not content with Heraclitus's axiom.  Thus, the heart of the poem begins with:  "He wanted to feel the same way over and over./He wanted the river to go on flowing the same way,/To keep on flowing." Which leads, ultimately, to the wish to be "released from destruction."

But Stevens, Yeats, and the rest of us know that release from destruction is not in the cards.

And yet, and yet . . . as I walked down the path yesterday under the trees, toward the glittering water, I wanted the moment never to end. 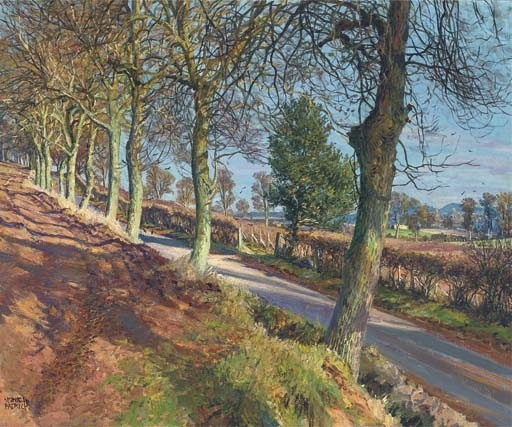 That hints without assuming-
An Innuendo sear
That makes the Heart put up its fun
And turn Philosopher.

This is the only poem--out of almost 1800--in which Dickinson mentions September. The poem has crickets and crows in it, always harbingers of change for her, both chanting the death knell of summer, more accurate than any manmade calendar.

She alludes to September in another poem, # 130,. She says the skies "resume / The old sophistries of June." She's almost ready to believe, but then she sees a "timid leaf" falling "thro. the altered air."

Her use of the word "Baccalaureate" bestows on the poem the solemnity of rite and ritual. Summer, ragged and enervated, its earlier ripeness falling to spoliation, makes an observer put away the frolic and bright illusions of summer and take on the mantle of "Philosopher."

It's a lovely time of year but a leaf spiraling to the ground in the "altered air" and the bony-throated cacophony of the crows and the elegiac chirping of the crickets remind us of the leaf of our lives breaking free and slowly drifting toward the inevitability summer beguiled us into forgetting.

Anonymous: thank you very much for "September's Baccalaureate," which fits quite well with the theme of the post. I am also reminded of the discussion a few weeks ago of her "Further in Summer than the Birds," which seems (at least to me) to have much in common with this poem -- if nothing else, the crickets!

Dickinson, from the little (alas!) I know of her poetry, is very good on late summer and autumn, isn't she?

Thank you again for a well-chosen poem.

By the way, has anyone else noticed that there are many fewer crows around than there used to be? I miss them.
Susan

Susan: Perfect! Thank you very much. Between you and Anonymous I have been receiving a much-appreciated, too long delayed education in Dickinson's poetry. But I still have a long way to go. She is marvelous on crickets, isn't she?

As for crows, we still have them in normal numbers here -- in fact, I have been noticing them recently, as they seem to be congregating. I've never figured out if the crows in this part of the country are migratory. They seem to be here year round, but I have seen large flocks circling over the years. On one occasion, I watched a huge flock fly by at evening for about 5 to 10 minutes.