Yesterday, my afternoon walk began amid a sun shower.  As I walked along a row of trees (budding, but still bare), I was surrounded by veils of rain shot through with sunlight.  The world was a-glitter.  Overhead, a single bird chirped.  I looked, and finally found it:  a lone robin perched on empty black boughs near the top of a 50-foot tall bigleaf maple.

I've read all the books but one
Only remains sacred:  this
Volume of wonders, open
Always before my eyes.

Kathleen Raine, The Oracle in the Heart (The Dolmen Press 1980). 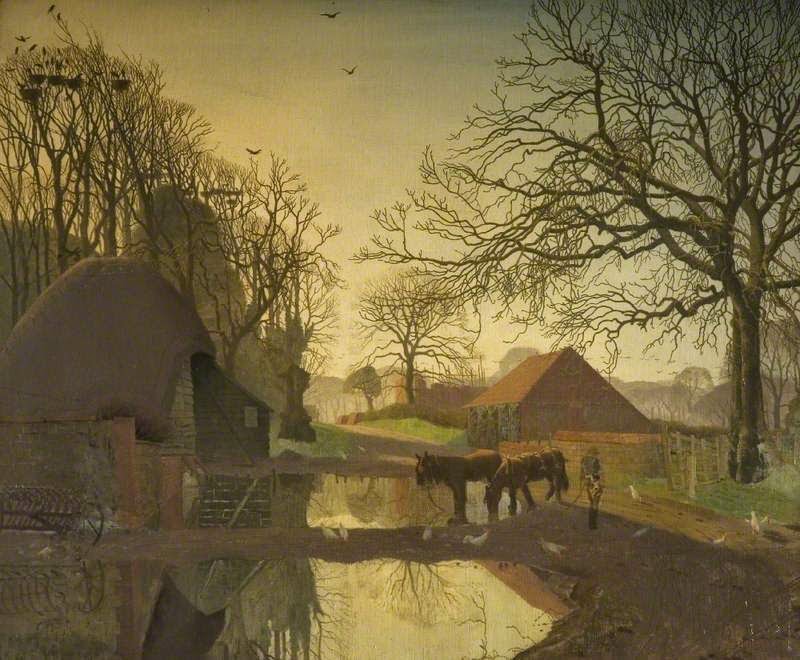 I mention the sun shower and the robin not because they are unique, and certainly not to display any special powers of observation on my part, for I have none.  In a week's time, I likely will have forgotten the moment.  In one sense, scenes such as this are commonplace.  Yet that does not render them any less miraculous.

And though a week from now the robin and the sun shower may be "forgotten," will they indeed have vanished from my life?  Or is there a place where these moments reside, and congregate?

Forest is multitude,
But one tree all, one apple-bud
Opens the flower of the world, infinite
Golden stamens and rose petals, here.

Wanting to know all
I overlooked each particle
Containing the whole
Unknowable. 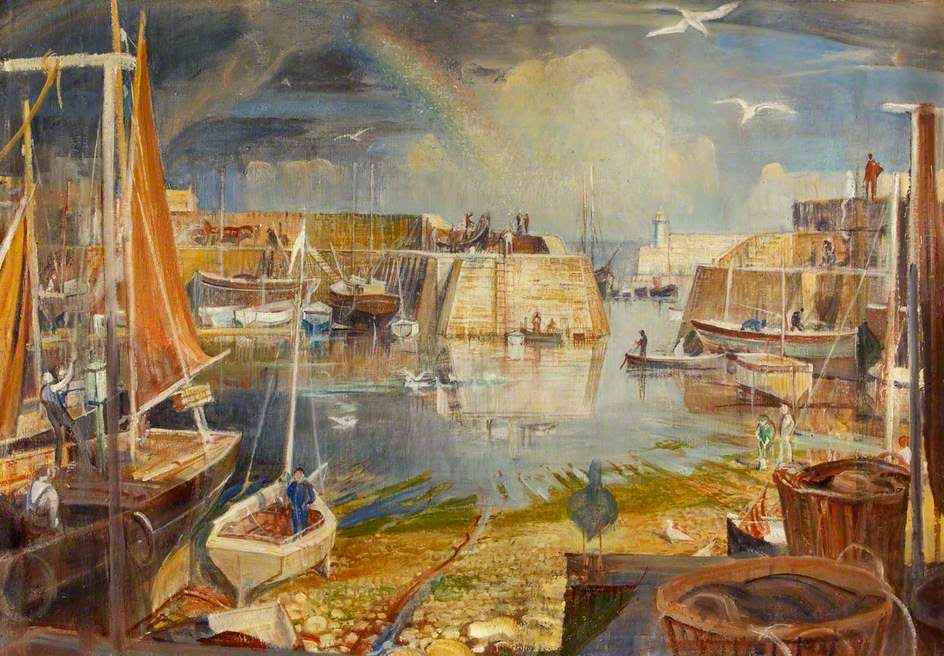 As I turned toward home, I came across a small puddle in the middle of the path.  The puddle contained the whole of the blue sky, all of its stately white clouds.  I often feel that I am not as grateful as I ought to be.

Incredible that anything exists -- this hotch-potch
World of marvels and trivia, and which is which?

I am reminded of a statement by Ludwig Wittgenstein, which has appeared here before, but which is worth repeating, since it provides a nice complement to Raine's poem:  "Not how the world is, is the mystical, but that it is."  An alternative translation is:  "It is not how things are in the world that is mystical, but that it exists."  Ludwig Wittgenstein, Proposition 6.44, Tractatus Logico-Philosophicus (1921) (italics in the original).  The first translation is by C. K. Ogden.  The second is by David Pears and Brian McGuinness. 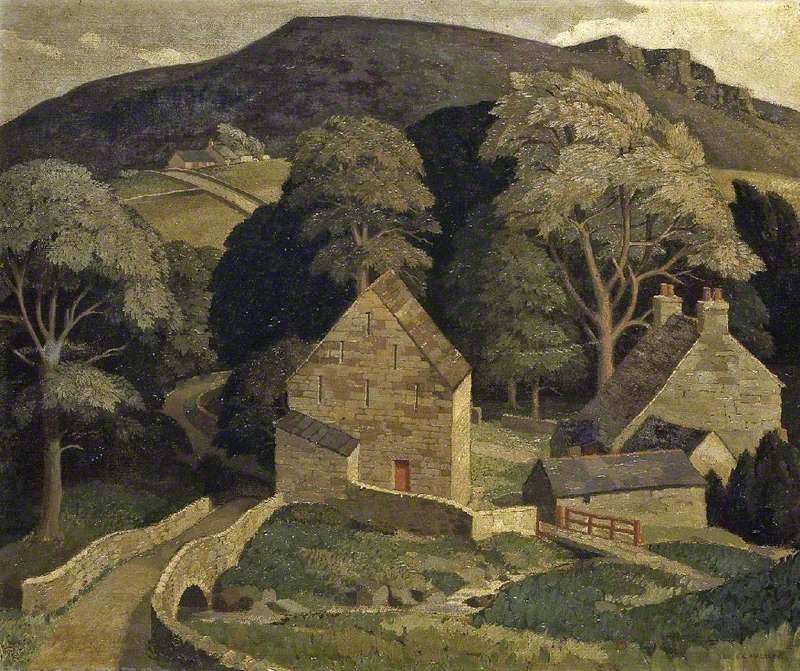 Unbidden, the World bestows great gifts upon us.  But we must be receptive and attentive.  I nearly skipped my afternoon walk yesterday due to the uncertain weather.  I considered taking a nap instead.

We mustn't forget:  it is always possible to wake from a sound sleep and find oneself in a luminous World.

On a Boat, Awake at Night

Faint wind rustles reeds and cattails;
I open the hatch, expecting rain -- moon floods the lake.
Boatmen and water birds dream the same dream;
a big fish splashes off like a frightened fox.
It's late -- men and creatures forget each other
while my shadow and I amuse ourselves alone.
Dark tides creep over the flats -- I pity the cold mud-worms;
the setting moon, caught in a willow, lights a dangling spider.
Life passes swiftly, hedged by sorrow;
how long before you've lost it -- a scene like this?
Cocks crow, bells ring, a hundred birds scatter;
drums pound from the bow, shout answers shout.

Su Tung-p'o (1037-1101) (translated by Burton Watson), in Burton Watson, Selected Poems of Su Tung-p'o (Copper Canyon Press 1994). Watson includes the following note to line 12:  "Drums were sounded in the bow when the boat was under way."

To make the imperfect perfect
It is enough to love it. 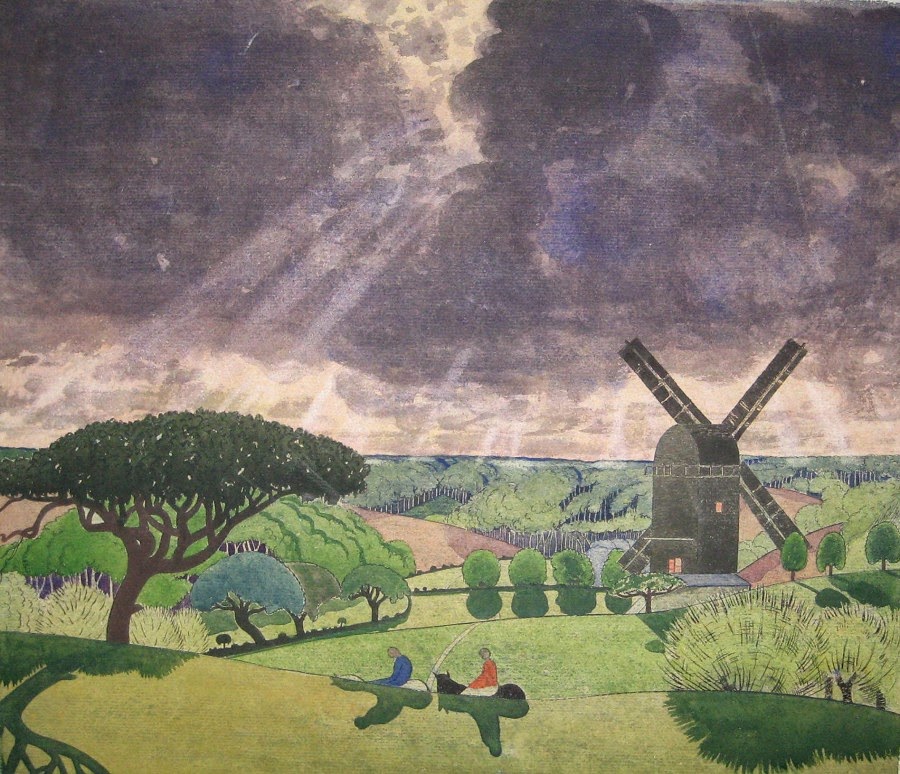 What a delightful post Mr Pentz. I experienced something very similar on a morning walk last week, following a familiar path into local woods, the sun was shining brightly after overnight rain. It glinted in puddles along the track, robins and blue tits darted in and out of the hawthorn hedge, nearby a woodpecker hammered.I paused, trying to see him among the leafless branches, suddenly I was granted a glimpse of a spotted woodpecker's striking colours. As you say such moments are commonplace, though increasingly less so in our diminishing countryside, and yet they are the all too easily overlooked miracles and wonders of this world. I try to stop and be still at such moments, to savour them, and as you say, be grateful.
I know in one sense I shall forget, yet I feel they lodge somewhere deep in my mind. They may come to the fore again, they may not. Perhaps the next time I hear or see another woodpecker.
This line of Wittgenstein is wonderful ""Not how the world is, is the mystical, but that it is."
It is how I feel whenever I am out walking in the woods, seeing the buds begin to fatten on branch ends, or gazing at the pale yellow primroses smothering the grassy bank above the stream.
This world is there all the time, if we choose to stay indoors we miss these everyday miracles. I try not be put off by changeable weather, walking in the woods when rain falls is one of my great delights.

I am probably only one of your readers who is very glad that you chose to take a walk instead of a nap. What you have shared here today resonates deeply with me - thank you. I have to confess I've never read Kathleen Raine so am pleased to find her. Lovely last name- Raine,rain...
The first painting is very beautiful - catches Spring light so perfectly. Very moving.
Mary

I am not familiar with Kathleen Raine. Thanks for introducing me to her.

Mr Ashton: Thank you very much for visiting again, and for your kind words about the post. And thank you as well for your lovely thoughts about outdoor excursions, and the unexpected gifts they bring us.

Your point about these sorts of moments "lodg[ing]" in our mind, and perhaps "com[ing] to the fore again" in the future is an excellent one. I completely agree. I'm confident that everything we have experienced remains stored somewhere, and we never know if, or when, it may emerge again.

It sounds as though Spring has truly arrived where you are, and that you are out enjoying it. As ever, it is a pleasure to hear from you.

Mary: It is very nice to hear from you again. I appreciate your kind words about the post, and I'm pleased that you enjoyed it.

Yes, I'm glad I decided not to take a nap as well. You'd think that someone who has lived in Seattle for over 30 years would not, by now, ever be put off from doing something by the prospect of being rained on! I've learned my lesson.

I'm happy to have introduced you to Kathleen Raine. Her poetry has appeared here a few times previously, if you look in the archives. She lived to the age of 95. Hence, she wrote a great deal of poetry to explore.

"Spring Evening, Froxfield" is lovely, isn't it? And for the exact reason that you cite: he has captured the light of Spring perfectly. And those trees!

Fred: You're welcome. I'm pleased to have introduced you to Raine. I think you would like her poetry: it has a philosophical/mystical element that I think you would find interesting. She was a Blake scholar, and his influence shows in her poetry. I think the influence can be seen a bit in a few of the poems that appear in the post.

Thanks for brightening my day with your posting.

R.T.: You're welcome. My pleasure. If the poems came at an opportune time -- well, as you know, sometimes things happen that way.

I am in no sense "wise," but, the older I get, the more I realize that life is a great deal simpler than we make it out to be. Which doesn't mean it is "easy," or without sorrow. Thus, the value of little things. I'm sure you are familiar with Tennyson's "Flower in the Crannied Wall." For some reason, it just came to mind.

One joy dispels a hundred cares.

Fred: Thank you for that. I hadn't heard it before. It goes perfectly with R.T.'s observation.

Hello Stephen
So glad I dropped by today. What a gift: thank you for sharing your walk and your selections from Kathleen Raine's poetry.

She was of my father's generation but she had studied previously at my alma mater, Girton College, and I was privileged to meet her just once. I felt an immediate kinship when she spoke of her love for Blake and Yeats, and then followed up by introducing me to Coomaraswamy's quote that it takes four years to get a first-rate university education and forty years to get over it. Turned out we had both suffered scars in our time at Cambridge...

I found Raine a quite remarkable woman who mixed with many celebrated and larger-than-life characters, yet came across as devoid of any sense of her own importance. She lived those 95 years so fully. Beyond the gifts of her scholarship and poetry, she also co-founded the Temenos Academy: a forum to celebrate the arts of the imagination that invited us to appreciate the intimate link between the arts and the sacred.

In her seventies at the time, and in the era of Thatcher's Britain, by founding Temenos, she was swimming strongly against the prevailing tide of secularism and materialism in the land. Yes, an illuminating soul and for me a great poet who not only saw to the heart of things but expressed what she saw with clarity and delicacy of touch.

As always, your choice of art here so perfectly matches your poetry. I feel sure Kathleen Raine would have been as appreciative as all your readers.
In gratitude, midi

midi: I greatly appreciate your sharing your wonderful insights into Kathleen Raine. How fortunate you are to have met her! I have only scratched the surface of her poetry, and I sometimes feel that much of it is going over my head. But I am willing to give it time, and let it soak in. It helps if I remind myself that the philosophical/theological/mystical elements in her poetry require openness and patience on the part of the reader in order to let things unfold at their own pace.

As always, it is a pleasure to hear from you. Thank you very much for your kind words about the post, and for visiting again.