I suspect that, at one time or another, each of us has felt the "world-strangeness" that William Watson (1858-1935) writes of in the following poem.  Of course, feeling "world-strangeness" on a daily basis may be a sign that one does not have an adequate purchase on reality.

On the other hand, there is something to be said for a spell of "world-strangeness" now and then.  It may prompt one to look at the world afresh  -- as if you were a castaway on an unknown island, seeing things for the first time, free of everydayness. 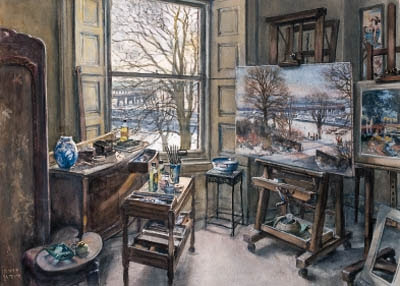 Strange the world about me lies,
Never yet familiar grown --
Still disturbs me with surprise,
Haunts me like a face half known.

In this house with starry dome,
Floored with gemlike plains and seas,
Shall I never feel at home,
Never wholly be at ease?

On from room to room I stray,
Yet my Host can ne'er espy,
And I know not to this day
Whether guest or captive I.

So, between the starry dome
And the floor of plains and seas,
I have never felt at home,
Never wholly been at ease.

William Watson, Wordsworth's Grave and Other Poems (1890).  A side-note: "World-Strangeness" was apparently set to music by Ivor Gurney in 1925 or thereabouts.  However, I have never discovered a recording of Gurney's setting of the poem. 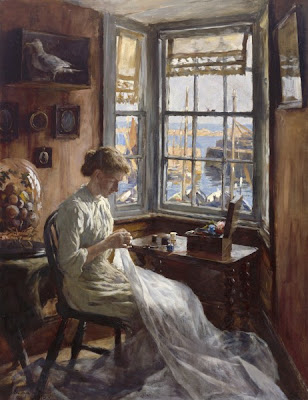 Gurney's setting of 'World Strangeness' is one of a number of songs that are unpublished and unrecorded. The likelihood of this song coming out of the archive in the near future is slim, there being a number of more promising songs that are the focus of attention, but we may get to it at some point.

Mr Lancaster: thank you very much for clarifying the information about Gurney and "World-Strangeness." I could only find one source for the information on the Internet, so I was a bit uncertain about its accuracy. I was hoping that you might stop by -- I figured that if anyone would know the answer, it would be you!

As always, thank you for visiting. And best wishes on your ongoing work in the Gurney archives.