"The End Of The Opera"

In my previous post, I confessed my cultural blind spot with respect to opera.  I then remembered the following poem by Howard Nemerov, which makes me wish (wistfully) that I had a greater appreciation for the art form.

The poem was first published on June 24, 1991.  Nemerov died on July 5, 1991.  Given these circumstances, his contemplation on the relationship between opera and life, art and life, takes on an added poignance. 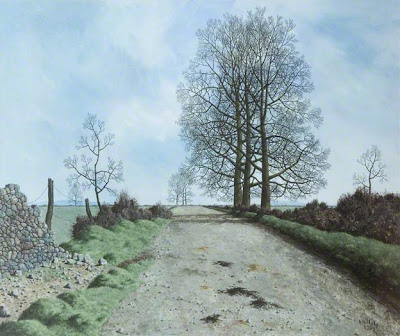 The End of the Opera

Knowing that what he witnessed was only art,
He never wept while the show was going on.

But the curtain call could always make him cry.
When the cast came forward hand in hand
Bowing and smiling to the clatter of applause,
Tired, disheveled, sweating through the paint,
Radiant with our happiness and theirs,
Illuminati of the spot and flood,
Yet much the same as ordinary us.

The diva, the soubrette, the raisonneur,
The inadequate hero, the villain, his buffoon,
All equalled in the great reality
And living proof that life would follow life . . .

Though back of that display there'd always be,
He knew, money and envy, the career,
Tomorrow and tomorrow -- it didn't seem
At that moment as if it mattered much
Compared with their happiness and ours
As we wept about the role, about the real,
And how their dissonances harmonized
As we applauded us:  ite, missa est.

The ellipses at the end of line 13 appear in the original.  "Ite, missa est" is the phrase that is spoken to conclude the Mass of the Roman Rite. Opinions differ as to how the words should be translated.  In particular, "missa" is the source of some linguistic and liturgical contention.  In any event, "Go, the dismissal is made" or "Go forth, the Mass is ended" appear to be serviceable translations. 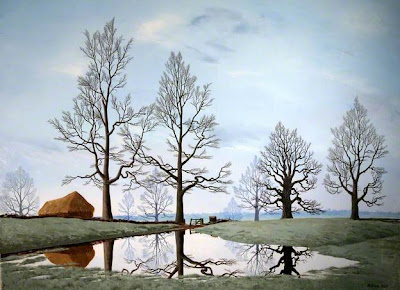 I was raised Catholic and was even an altar boy when much younger. "Ite, missa est." is rendered, at least in the books used in our parish, as "Go, the mass is ended."

That is actually the next to the last line of the Mass. The final line is "Deo gratius" or "Thanks be to God." However, those of us who were not exactly the most pious Catholics would see the last two lines slightly less devoutly: when the priest would say, "Go, the mass is ended," we would enthusiastically respond "Thank God!"

Marvelous poem--the illusion is preferable to the reality.

SP,
Thanks, as always, for sharing such wonderful selections. This is an exquisite poem, that really fits your theme. I could go on and on - but just a few nuggets from Nemerov to ponder.

Notice how he follows the endline "paint" with "Radiant" at the beginning of line 7 (suggesting an almost after-image effect: is that a rhyme? no, but it sure does share a lot of the same letters). He then lays out the thematic thread for the first time "our happiness and theirs" - which he mirrors in line 18: "their happiness and ours").

The mention of Illuminati is intriguing in multiple ways: 1) he strips the "light" part of the compounds away from spot{light} and flood{light} and throws it to the front of the line with Illuminati (again, playing with Radiant just above it) and 2) Do you think he is gesturing toward the Bavarian Illuminati, the secret society founded in 1776? If so, would have some resonances into his closing use of the Latin benediction.

Fred: having been raised a Scandinavian Lutheran in Minnesota, I was hoping that someone with a Catholic background would help to clarify "ite, missa est" for me. I appreciate the assistance. I'm afraid that we Lutheran youngsters had similar thoughts at the end of our services, so the feeling is ecumenical, it appears.

Nemerov was fond of wordplay (for instance, he liked puns), so "paint/Radiant" seems natural for him. As for "Illuminati," it may be further wordplay. Whether he was referring to a specific group of Illuminati (e.g., one of the secret societies that you refer to), I am not competent to say. I'd be more likely to think that he was using it in the more general sense of the original Italian: someone who is "enlightened". Which, by chance, fits in with his love of puns.