The Greek Anthology is, to a great degree, a chronicle of "change and chancefulness" (Thomas Hardy, "The Temporary the All"), woven through with a gentle and stoic thread of admonition:  Live well.  But be ever aware of That which awaits us all.  In other words, it is the perfect volume to peruse during the heart of autumn.  Doing so this week, I came upon this:

All human things are subject to decay;
And well the man of Chios tuned his lay,
"Like leaves on trees the race of man is found."
Yet few receive the melancholy sound,
Or in their breasts imprint this solemn truth;
For hope is near to all, but most to youth.
Hope's vernal season leads the laughing hours,
And strews o'er every path the fairest flowers.
To cloud the scene no distant mists appear,
Age moves no thought, and death awakes no fear.
Ah, how unmindful is the giddy crowd
Of the small span to youth and life allow'd!
Ye who reflect, the short-lived good employ,
And while the power remains, indulge your joy.

Simonides (translated by J. H. Merivale), in Robert Bland (editor), Collections from The Greek Anthology, and from the Pastoral, Elegiac, and Dramatic Poets of Greece (1813), page 185.

This sort of poem or epigram appears again and again in The Greek Anthology.  I readily confess that I cannot get enough of such things.  Mere truisms?  Yes, of course!  And wonderfully so. 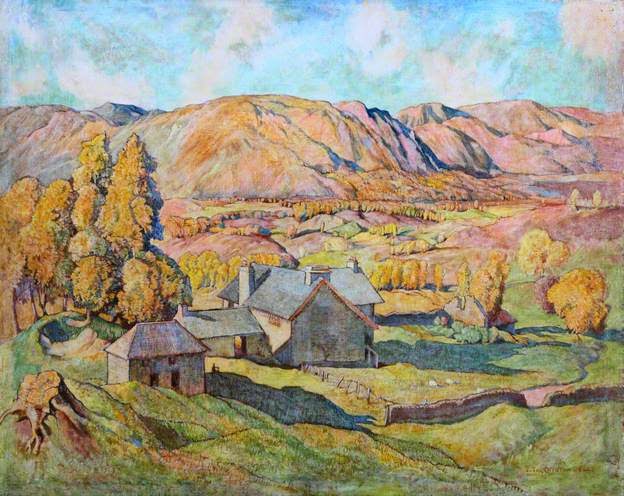 The third line of Merivale's translation of Simonides' poem is taken from Alexander Pope's translation of Book VI of The Iliad.  "The man of Chios" (line 2) is Homer, who, by tradition, was thought to have been born on Chios, an island in the Aegean Sea in the region once known as Ionia. Which brings to mind (please pardon the digression) these lines from C. P. Cavafy's lovely poem "Ionic": "That we've broken their statues,/that we've driven them out of their temples,/doesn't mean at all that the gods are dead./O land of Ionia, they're still in love with you,/their souls still keep your memory."  (Translated by Edmund Keeley and Philip Sherrard.)

Here is Pope's line in context:

Like leaves on trees the race of man is found,
Now green in youth, now with'ring on the ground:
Another race the foll'wing spring supplies,
They fall successive, and successive rise;
So generations in their course decay,
So flourish these, when those are past away.

Here are the same lines of Homer as rendered by William Cowper:

For, as the leaves, such is the race of man.
The wind shakes down the leaves, the budding grove
Soon teems with others, and in spring they grow.
So pass mankind.  One generation meets
Its destined period, and a new succeeds. 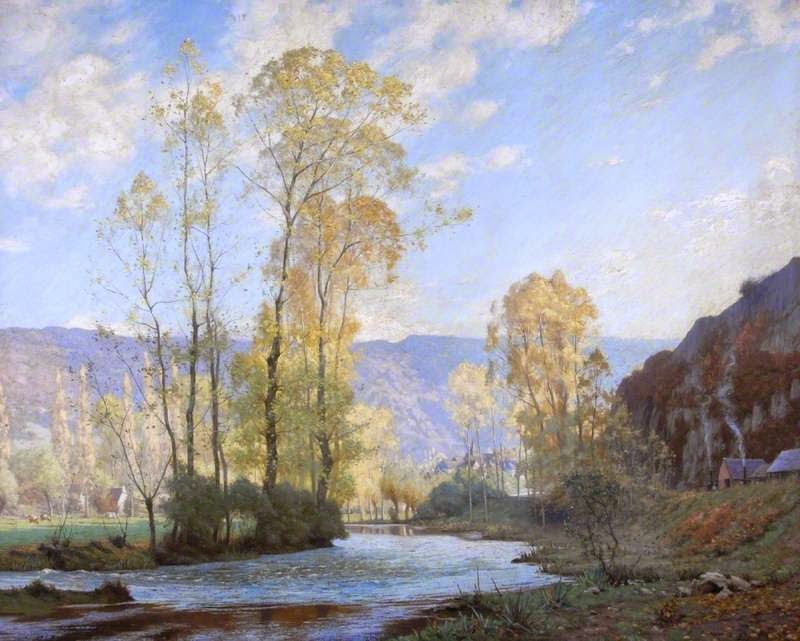 All of this leads me inevitably to one of my favorite poems by Thomas Hardy, a poem that calls to me each year.  The poem has appeared here before, but, as long-time (and much-appreciated!) readers know, we need to circle back now and then to see how these things look in a new light.

I wonder:  did Hardy have Homer in mind when he wrote this?  Part of me hopes that he did not.  I love the thought of these two great poets arriving at the same place on their own, centuries apart.

Among the many beauties of the poem, this, in particular, always moves me:  "Earth never grieves!" 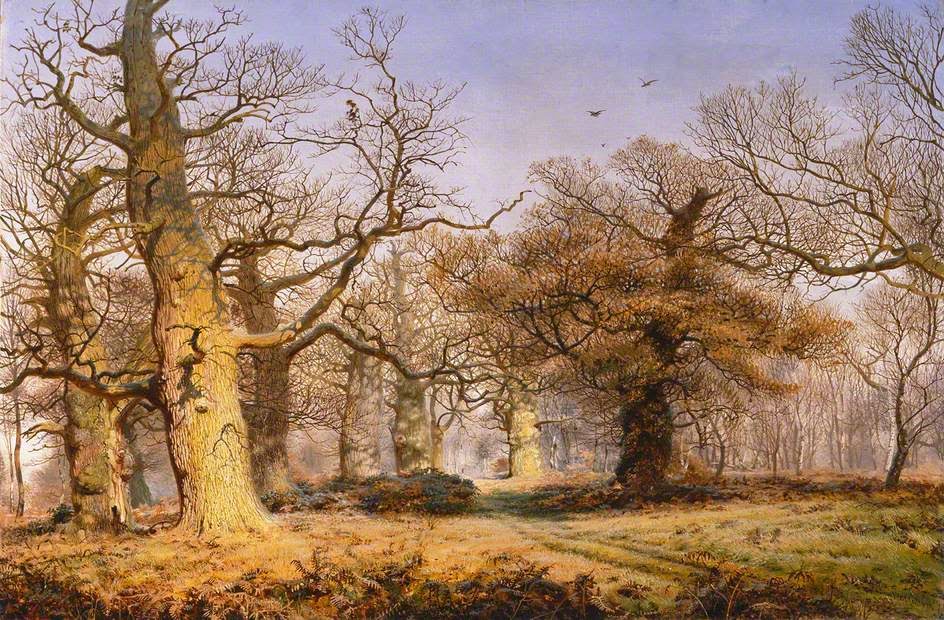 I will close with two down-to-earth codas to this seasonal, generational, and cosmic falling and rising, rising and falling.

Blowing from the west,
Fallen leaves gather
In the east. 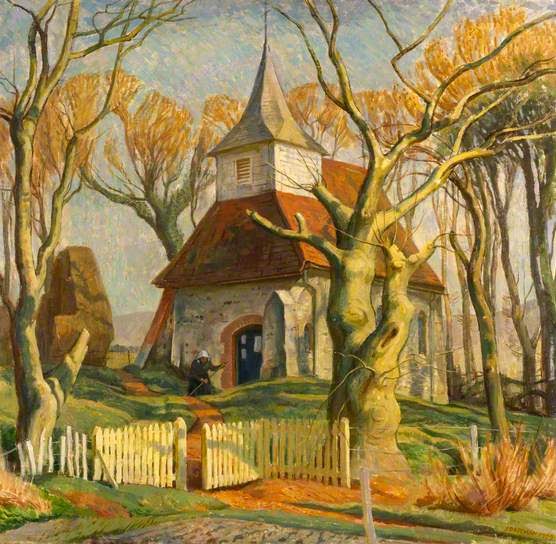 This is a splendid posting, one of your best, I'd say. The tone of your words captures the gravamen of what you are saying. Your prose is tinted with the same tender melancholy of the poems you quote. I find your words poignant, and yet profoundly accurate, catching a fundamental truth about the human condition.

When I read your posting about those feelings that arise in the heart when fall comes and the leaves, urged by the wind, in a myriad of colors, drift to the ground, I understood the rite and ritual we make of autumn, our imaginations interpreting indifferent nature. Is it any wonder that the falling of the leaves metamorphoses into a striking symbol?


The coming of fall, the great abandonment of the leaves from the trees, "makes the heart put up its fun / and turn philosopher." The frolic of summer, is exhausted, fled beyond the place of the winds.

When I read your posting, Hopkins's poem "Spring and Fall" came almost immediately to mind, this poem and Tennyson's "Tears Idle Tears." (I have pasted Hopkins's poem below.)

Hopkins writing in his inimitable way--precious to some and too clever by far for others--notes vividly (to me he does)what the unspooling of the leaves from the trees in autumn reveals to human sensibility. The sight evokes those thoughts that wake us at three in the morning, those times when we lie alone in the darkness and feel our mortality hovering about in the darkness, our aloneness almost too much to bear.

Margaret, are you grieving
Over Goldengrove unleaving?
Leaves, like the things of man, you
With your fresh thoughts care for, can you?
Ah! as the heart grows older
It will come to such sights colder
By and by, nor spare a sigh
Though worlds of wanwood leafmeal lie;
And yet you will weep and know why.
Now no matter, child, the name:
Sorrow's springs are the same.
Nor mouth had, no nor mind, expressed
What heart heard of, ghost guessed:
It is the blight man was born for,
It is Margaret you mourn for.

Anonymous: Thank you very much for your kind words, which I greatly appreciate. (Although I feel that I only constructed an inadequate frame in which to display the poetry!)

Your thoughts are lovely, and I appreciate your bringing Dickinson, Tennyson, and Hopkins to us. "Spring and Fall" is a favorite of mine. It is one of those anthology poems that sometimes becomes hard to actually see because of its familiarity. But when it suddenly appears unexpectedly -- as when you introduce it here -- its beauty is reborn. Beautiful in the whole and in each of its particulars. To cite just one instance: "worlds of wanwood leafmeal." Who but Hopkins could come up with that?

I came across the poem below. Do you think it could be about Hardy? And if not about Hardy, whom could it be about? A fictional poet? I would be grateful for any thoughts you or your readers have about the poem.
Thank you.

That poet you scorned
for retiring when he was forty,

not one gesture altered
as he wrote, as if he always slept
this way beside her

What could we learn
by leaving the color blue
for another?

Anonymous: thank you very much for visiting, and for sharing the poem.

As to whether the poem is about Hardy, I can't say. However, there are a few things that suggest that it is not. (Please bear with me, this will be pedantic!) Hardy wrote poetry when he was young, but he never sought to have it published at that time. (As you know, his first volume of poems was not published until 1898, when he was 58.) His first novel was published in 1872, when he was 32. Thus, if he can be said to have "retired" from writing poetry, it would have been at 32 (or earlier), not at 40. And he can be said to have returned to poetry at 58: 26 years after he "retired," not 30 years later, as in the poem. My apologies for being so technical and pedantic! But the poem you share is quite specific about the dates.

All of that being said, the poem certainly captures in feeling the type of thing that Hardy went through, so who knows?

Moreover, I confess that I am unfamiliar with Mr. Ondaatje's work, so I have no idea whether he has any interest in Hardy.

Sorry that I could not be of more help. Thank you again.