The Center Of The Universe

A point of clarification at the outset:  this post is not about the grandiosity, narcissism, and solipsism of human beings, whether in the public or the private sphere.  Thus, for instance, there will be no discussion of heads of state or politicians.  Their world has nothing whatsoever to do with poetry, and never will.  As Patrick Kavanagh says: "Leave Them Alone."

This is merely a meditation (of sorts) upon three poems that have swum into view by happenstance.  I'm afraid that I will not be able to provide any all-encompassing conclusions.  My only thought is that it would be nice to see the three of them together. 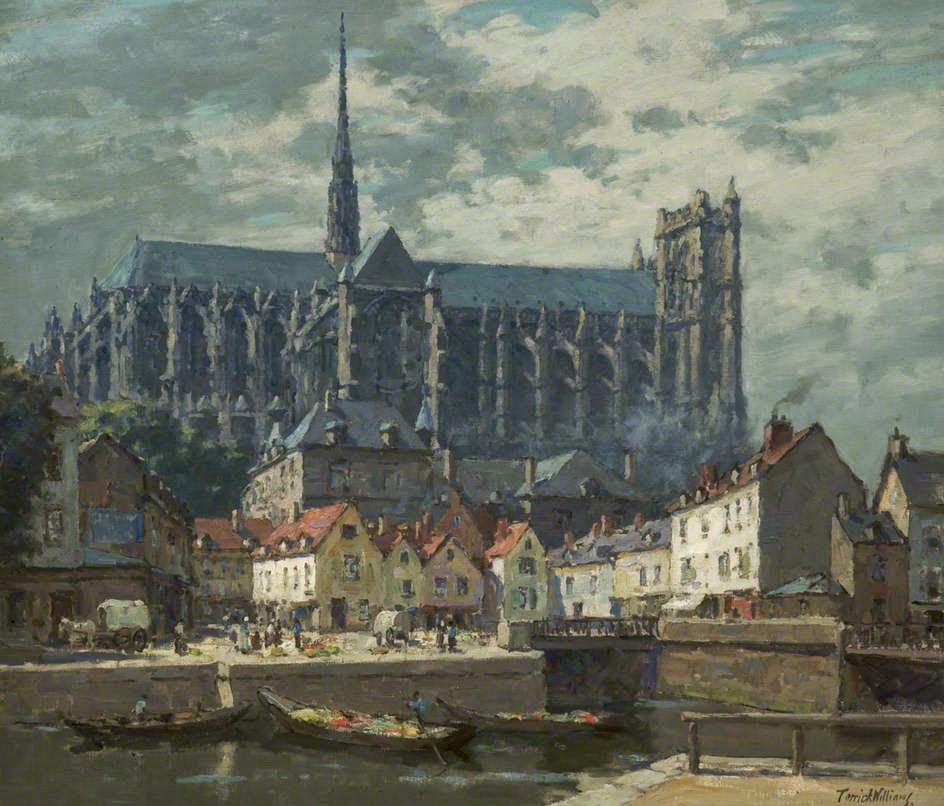 Anecdote of the Jar

I placed a jar in Tennessee,
And round it was, upon a hill.
It made the slovenly wilderness
Surround that hill.

The wilderness rose up to it,
And sprawled around, no longer wild.
The jar was round upon the ground
And tall and of a port in air.

It took dominion everywhere.
The jar was gray and bare.
It did not give of bird or bush,
Like nothing else in Tennessee.

Because the explication of the poetry of Wallace Stevens is an academic cottage industry in the United States, a great deal of ink has been spilled over the "meaning" of this poem.  No need to afflict ourselves with that. Let's just say that, given Stevens' belief that the exercise of Imagination upon Reality is what defines us as human beings, the identity of the jar seems fairly clear.  The jar would thus seem to be a beneficent thing.

Yet consider the final stanza.  Perhaps, after all, the jar is not fecund, as is Tennessee.  In the end, it is nothing more than "a port in air."  Maybe "the slovenly wilderness" is perfectly fine just as it is.  As I have noted previously, Stevens seemed to come around to this view -- grudgingly and by degrees -- in his last years.  But he never abandoned Imagination.  At times each of us needs to place a jar at the center of the universe, "port in air" or not. 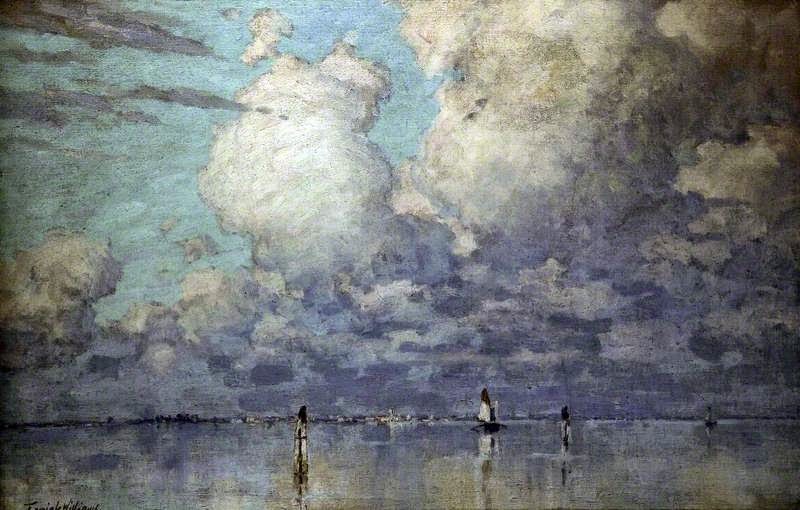 Stevens can be exasperatingly recondite and abstract.  The following poem brings us back to earth.  Quite literally.

The pale road winds faintly upward into the dark skies,
And beside it on the rough grass that the wind invisibly stirs,
Sheltered by sharp-speared gorse and the berried junipers,
Shining steadily with a green light, the glow-worm lies.

We regard it; and this hill and all the other hills
That fall in folds to the river, very smooth and steep,
And the hangers and brakes that the darkness thickly fills
Fade like phantoms round the light and night is deep, so deep, --

That all the world is emptiness about the still flame
And we are small shadows standing lost in the huge night.
We gather up the glow-worm, stooping with dazzled sight,
And carry it to the little enclosed garden whence we came,

And place it on the short grass.  Then the shadowy flowers fade,
The walls waver and melt and the houses disappear
And the solid town trembles into insubstantial shade
Round the light of the burning glow-worm, steady and clear.

Edward Shanks, The Queen of China and Other Poems (1919).

I am reminded of fireflies and hedgehogs and octopuses in pots beneath the sea. There they are:  each of them at the center of the universe, each of them peaceful and entire.  And without a trace of grandiosity, narcissism, or solipsism. 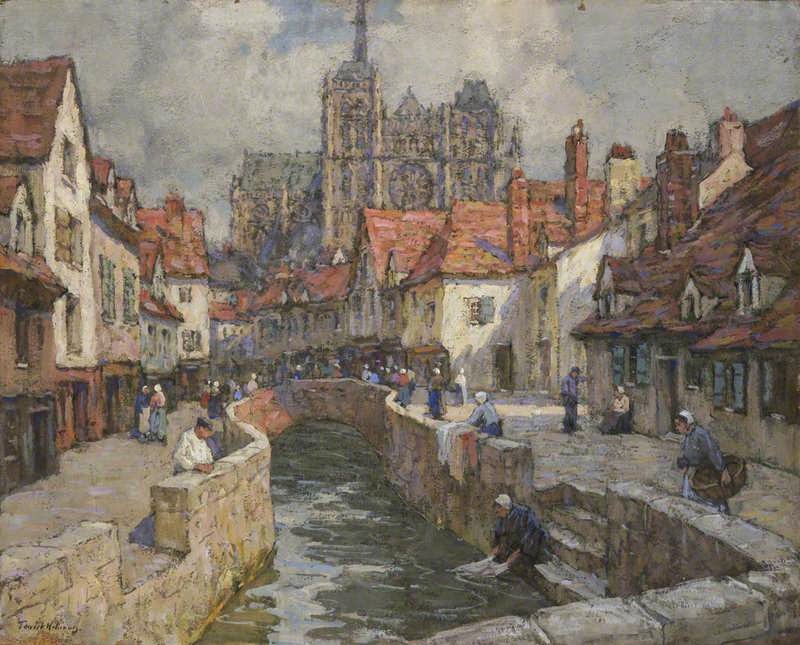 Finally, I'm not quite sure what to make of this.  But I have a sense that it belongs with the other two poems.

Cold and stormy the night I sailed from Montevideo.
As we rounded the Cerro,
I threw from the upper deck
a coin that glinted and winked out in the muddy water,
a gleam of light swallowed by time and darkness.
I felt I had committed an irrevocable act,
adding to the history of the planet
two endless series, parallel, possibly infinite:
my own destiny, formed from anxieties, love and futile upsets
and that of that metal disk
carried away by the water to the quiet depths
or to far-off seas that still wear down
the leavings of Saxon and Viking.
Any moment of mine, asleep or wakeful,
matches a moment of the sightless coin's.
At times I have felt remorse,
at others, envy
of you, existing, as we do, in time and its labyrinth,
but without knowing it.

Perhaps my sense of its belonging here comes from the last two lines in particular:  "you, existing, as we do, in time and its labyrinth,/but without knowing it."  The center of the universe is forever sliding away beneath our feet. 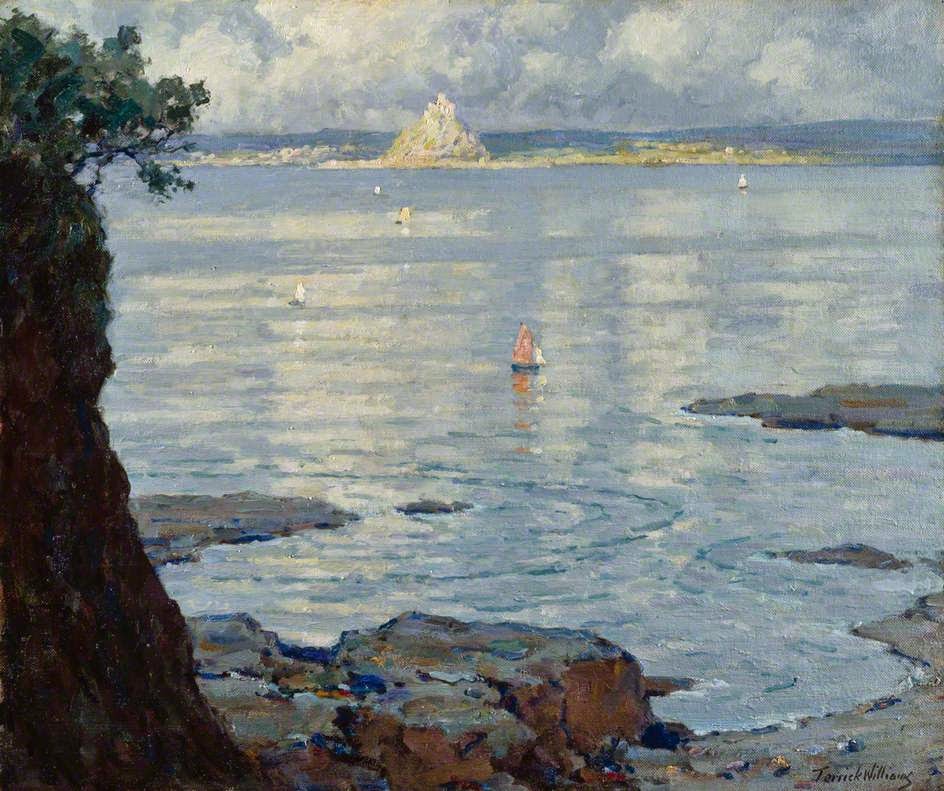 Lovely stuff - and great pictures, as ever. I've got Anecdote of the Jar on a coffee mug - a free gift when you join the Wallace Stevens Society! Or at least it was...

Nige: It's very nice to hear from you again. Thank you for the kind words, which are greatly appreciated.

Lucky you! I was a member of the Society for a time, but, alas, I missed out on the mug!

This isn't really off-topic, since Nige just commented here.
Stephen, be sure you see the fine portrait of Hardy in his post of Oct. 1 (I'm catching up after being off the internet for awhile.)
And Diana of the Uplands -- romantic title, romantic painting -- delightful. Susan

Susan: Thank you for mentioning Nige's post, which I had missed. (Sorry, Nige!) You're right: the painting of Hardy is remarkable. Whenever I see a painting or photograph of Hardy in his later years, I am always struck by his eyes. Llewellyn Powys wrote this wonderful description of Hardy after meeting him: ". . . the same goblin eyebrows and the same eyes keen and alert. What was it that he reminded me of? A night hawk? a falcon owl? for I tell you the eyes that looked out of that century-old skull were of the kind that see in the dark." For the full passage, please see my post of June 2, 2013.

Thanks again. It's always good to hear from you. I'm glad you're back!