A Finger Pointing To The Moon

Each of us knows that the popular culture which surrounds us is vacuous and vacant.  But our age is not unique.  It has ever been thus.  The perpetrators have new identities; the crimes are the same.

"[A] multitude of causes, unknown to former times, are now acting with a combined force to blunt the discriminating powers of the mind, and, unfitting it for all voluntary exertion, to reduce it to a state of almost savage torpor.  The most effective of these causes are the great national events which are daily taking place, and the increasing accumulation of men in cities, where the uniformity of their occupations produces a craving for extraordinary incident, which the rapid communication of intelligence hourly gratifies.  To this tendency of life and manners the literature and theatrical exhibitions of the country have conformed themselves."

William Wordsworth, Preface to the 1802 Edition of Lyrical Ballads, with Other Poems.

The Sea and the Skylark

On ear and ear two noises too old to end
Trench -- right, the tide that ramps against the shore;
With a flood or a fall, low lull-off or all roar,
Frequenting there while moon shall wear and wend.

Left hand, off land, I hear the lark ascend,
His rash-fresh re-winded new-skeined score
In crisps of curl off wild winch whirl, and pour
And pelt music, till none's to spill nor spend.

How these two shame this shallow and frail town!
How ring right out our sordid turbid time,
Being pure!  We, life's pride and cared-for crown,

Have lost that cheer and charm of earth's past prime:
Our make and making break, are breaking, down
To man's last dust, drain fast towards man's first slime. 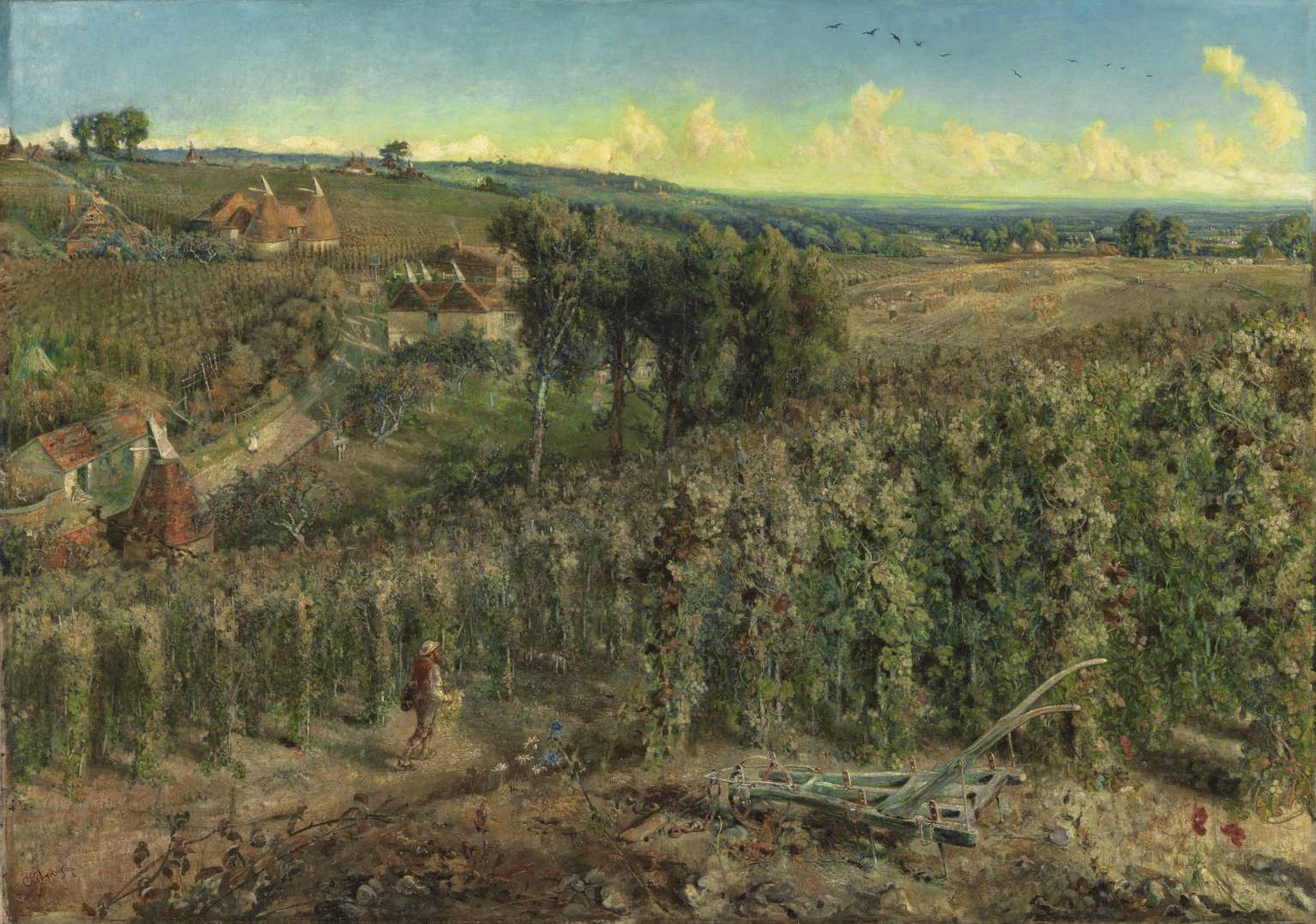 "The Sea and the Skylark" brings to mind the following poem.  It is a poem that, because it is so familiar, is sometimes difficult to see afresh.  Some may feel that it simply states a truism (a truism that is, moreover, fairly malleable, depending upon one's agenda).  But, as I am wont to say: "Truisms are true."  And all the better if they come wrapped in beauty.

The world is too much with us; late and soon,
Getting and spending, we lay waste our powers:
Little we see in Nature that is ours;
We have given our hearts away, a sordid boon!
This Sea that bares her bosom to the moon;
The winds that will be howling at all hours
And are up-gathered now like sleeping flowers;
For this, for everything, we are out of tune;
It moves us not.  Great God!  I'd rather be
A Pagan suckled in a creed outworn;
So might I, standing on this pleasant lea,
Have glimpses that would make me less forlorn;
Have sight of Proteus coming from the sea;
Or hear old Triton blow his wreathed horn. 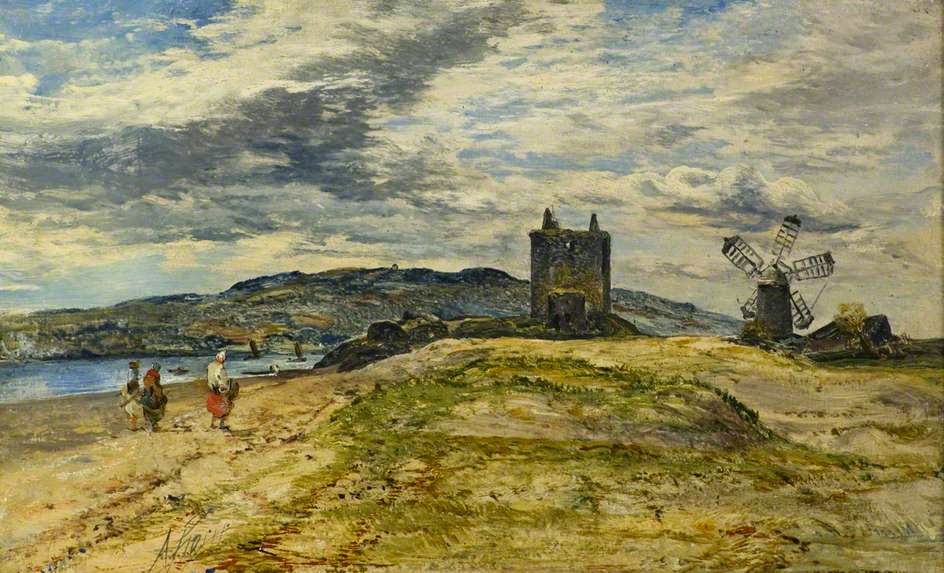 As one might expect from the content of this blog, I'm inclined to think that poetry may be of some assistance to us if we find ourselves to be "out of tune."  But, have no fear!  I am not about to launch into a sententious apostrophe upon "the transformative power of poetry" or "poetry and the examined life."  I will simply offer a couple of clues.

In the following passages, R. H. Blyth is speaking of haiku in particular. However, his observations are applicable to poetry in general.

"The real nature of each thing, and more so, of all things, is a poetical one. . . . Haiku shows us what we knew all the time, but did not know we knew; it shows us that we are poets in so far as we live at all."

"All things around us are asking for our apprehension, working for our enlightenment.  But our thoughts are of folly.  What is worse, every day, and many times in the day, we are enlightened, we are Buddha, a poet, -- but do not know it, and remain an ordinary man.  For our sake haiku isolate, as far as it is possible, significance from the mere brute fact or circumstance.  It is a single finger pointing to the moon."

The final sentence of the second passage comes from a well-known Buddhist saying which emphasizes that the Buddha's teachings (and, by extension, any words) are merely a finger pointing at the moon; they are not the moon. 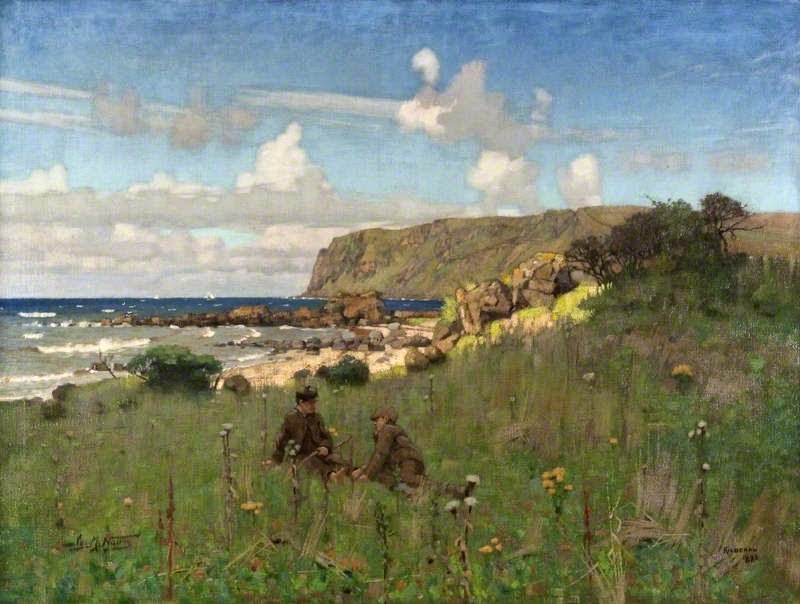 Here is one view as to where poetry stands in the Modern Age.

As life improved, their poems
Grew sadder and sadder.  Was there oil
For the machine?  It was
The vinegar in the poets' cup.

The tins marched to the music
Of the conveyor belt.  A billion
Mouths opened.  Production,
Production, the wheels

Whistled.  Among the forests
Of metal the one human
Sound was the lament of
The poets for deciduous language.

In his poetry, Thomas was preoccupied (among other things) with modern mechanization and the conflicting claims of God and Science.   But I think poetry has always been in the position he describes, regardless of the immediate particulars of the parlous or vacant times in which it finds itself. "Deciduous language."  Yes, "deciduous language" is what is required and necessary.  A finger pointing to the moon. 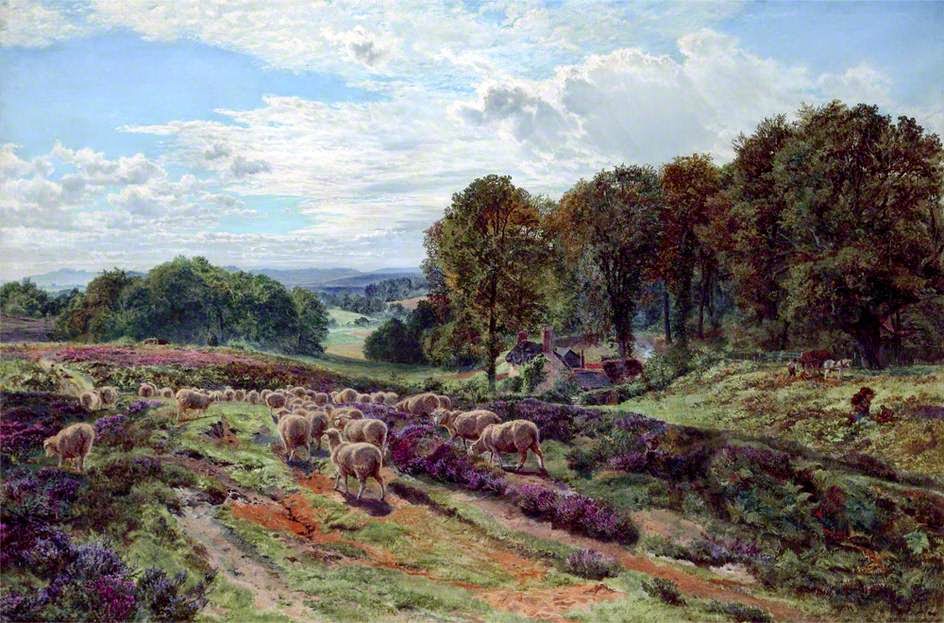 Must be some sort of energy flow going on here. As I read Hopkins' "The Sea and the Skylark," I immediately thought of another poem--you'll never guess what it was. It begins: "The world is too much. . ."

Imagine my surprise when the next poem started out "The World..."

The last two stanzas of Hopkins poem and the first four lines of Wordsworth's poem must be read in tandem.

Is poetry the finger or the moon?
Sometimes I get confused.

Fred: I'm pleased you had the same thought. Perhaps it is the phrase "our sordid turbid time" which subconsciously chimed with "a sordid boon" somewhere in our memories? In any event, I agree that the poems read well in tandem.

As for poetry being the finger or the moon, I concur with you that, despite Blyth's comparison, a poem can sometimes be a free-standing, existing object (I'm not certain that's the best word) in itself -- i.e., the moon.

As always, thank you very much for your thoughts, and for stopping by.

Hello Stephen
I've never commented previously but have often read your blog. I'm really grateful to you for writing and compiling it, I find it wonderfully thoughtful and helpful in clarifying some of my own wonderings.
with warm regard
MVH

MVH: I greatly appreciate your kind words. Thank you very much. I am always grateful (and flattered and humbled) to discover that what I post here may be of value to others. I'm pleased that you are a regular visitor, and I hope you will keep returning.