Enchanted Or Disenchanted, Part Three: "Blessed Is He That Has Come To The Heart Of The World And Is Humble"

I came across this poem a week or so ago and it keeps returning to me.

Were we sure of seeing
a moon like this
in existences to come,
who would be sorry
to leave this life?

Most poetry is, explicitly or implicitly, a meditation upon our mortality, and upon the transience of all that surrounds us.  A few poets add something along these lines:  "Death is the mother of beauty."  To wit:  our existence is fleeting, but this contingency has the virtue of bestowing a bittersweet loveliness upon all that we behold (provided that we remember to pay attention).  Saigyo's poem falls within this tradition.  This is not surprising: he was a Buddhist monk, and thus was steeped in the doctrine of impermanence.

But what makes this poem wonderful (and I am mindful of not wishing to destroy it through explication) is the way in which Saigyo's meditation on the passing beauty of this life is placed within another dimension entirely: the possibility of "existences to come."  Yet it is important to note that this possibility is qualified; it is not used to provide false comfort:  "were we sure of seeing."  Mystery remains. 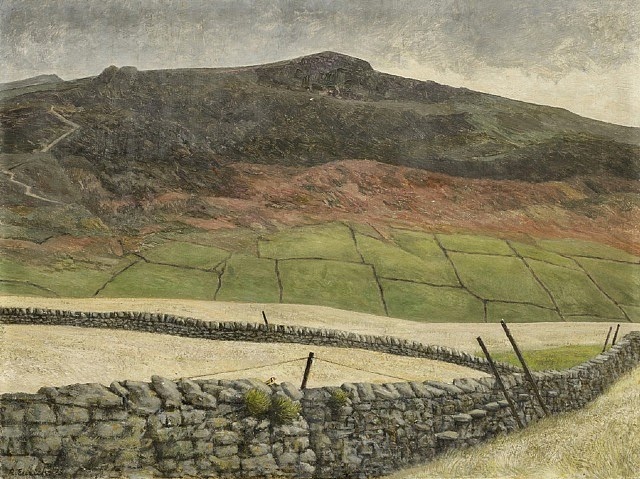 "Existences to come."  A phrase likely to raise eyebrows among those who have boarded the Science and Progress express.  I have written previously of enchanted and disenchanted worlds, so I will not repeat that discussion here.  Suffice it to say that some see humanity's time on earth as the story of a quest for "knowledge" and "rational" explanations, and of an escape from "superstition."  That disenchanted world has certainly turned out to be a resounding success, hasn't it?

I realize that I can be accused of reactionary romanticizing, but I prefer this:

Thou shalt find to the left of the House of Hades a Well-spring,
And by the side thereof standing a white cypress.
To this Well-spring approach not near.
But thou shalt find another by the Lake of Memory,
Cold water flowing forth, and there are Guardians before it.
Say:  "I am a child of Earth and of Starry Heaven;
But my race is of Heaven (alone).  This ye know yourselves.
And lo, I am parched with thirst and I perish.  Give me quickly
The cold water flowing forth from the Lake of Memory."
And of themselves they will give thee to drink from the holy Well-spring,
And thereafter among the other Heroes thou shalt have lordship.

These lines were inscribed in Greek on a paper-thin gold tablet that was discovered in Petelia in southern Italy.  The tablet is believed to date from 300 to 200 B. C.  "The tablet had been rolled up and placed in a hexagonal cylinder hanging from a delicate gold chain and doubtless worn by the dead person as an amulet."  Ibid, page 573, footnote 1.

Here is another translation of the inscription:

You will find to the left of the house of Hades a wellspring,
and by the side of this standing a white cypress.
You must not even go close to this wellspring; but also
you will find another spring that comes from the lake of Memory
cold water running, and there are those who stand guard before it.
You shall say:  "I am a child of earth and the starry heavens,
but my generation is of the sky.  You yourselves know this.
But I am dry with thirst and am dying.  Give me then quickly
the water that runs cold out of the lake of Memory."
And they themselves will give you to drink from the sacred water,
and afterward you shall be lord among the rest of the heroes. 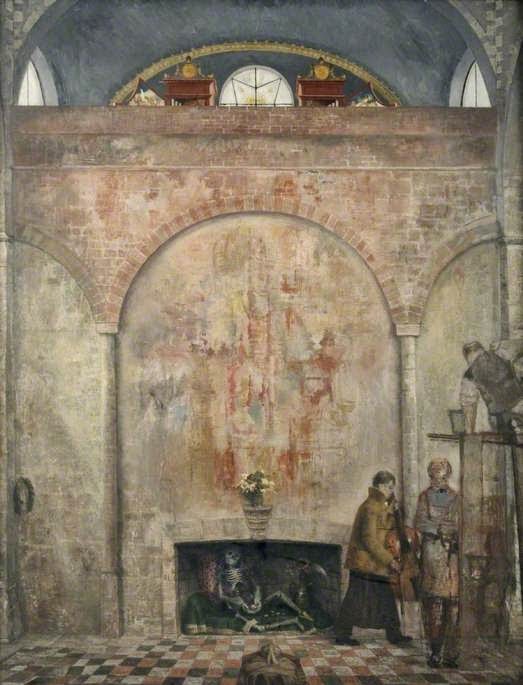 The following passage is written by Gilbert Murray, and appears in a discussion of the plays of Euripides.  However, I think that the thoughts expressed stand on their own outside of that context.

"Reason is great, but it is not everything.  There are in the world things not of reason, but both below and above it; causes of emotion, which we cannot express, which we tend to worship, which we feel, perhaps, to be the precious elements in life.  These things are Gods or forms of God:  not fabulous immortal men, but 'Things which Are,' things utterly non-human and non-moral, which bring man bliss or tear his life to shreds without a break in their own serenity."

A crucial element missing from the modern "rational" worldview is humility:  we think we know -- or will eventually know -- everything. (Whether this "knowledge" has anything to do with our life or our soul is another matter, of course.) 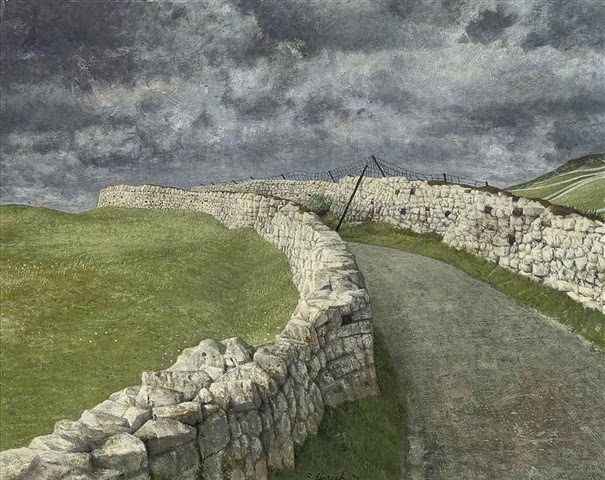 The second part of Eliot's "East Coker"--from the "Four Quartets-- clearly asserts that the knowledge gained from experience is of "limited value." Eliot, late in his life, understands that the "autumnal serenity / And the wisdom of age" are not to be found..He concludes that "The only wisdom we can hope to acquire / Is the wisdom of humility: humility is endless."

We stand pitifully mortal and profoundly ignorant under the stitched heavens, certain that our perception of our the universe, of our purpose, of ourselves is an illusion. Stevens tells us to beware of "the lunatic of one idea."

The ideologue, his strident cries rending the stillness, howls into a vacuum. When the wisest know next to nothing, should not we cease our blustering and at long last that the only wisdom within our grasp during our stay in the insoluble mystery of who and where and when we are is the wisdom of humility?

What is the late November doing
With the disturbance of the spring
And creatures of the summer heat,
And snowdrops writhing under feet
And hollyhocks that aim too high
Red into grey and tumble down
Late roses filled with early snow?
Thunder rolled by the rolling stars
Simulates triumphal cars
Deployed in constellated wars
Scorpion fights against the Sun
Until the Sun and Moon go down
Comets weep and Leonids fly
Hunt the heavens and the plains
Whirled in a vortex that shall bring
The world to that destructive fire
Which burns before the ice-cap reigns.
That was a way of putting it - not very satisfactory:
A periphrastic study in a worn-out poetical fashion,
Leaving one still with the intolerable wrestle
With words and meanings. The poetry does not matter.
It was not (to start again) what one had expected.
What was to be the value of the long looked forward to,
Long hoped for calm, the autumnal serenity
And the wisdom of age? Had they deceived us,
Or deceived themselves, the quiet-voiced elders,
Bequeathing us merely a receipt for deceit?
The serenity only a deliberate hebetude,
The wisdom only the knowledge of dead secrets
Useless in the darkness into which they peered
Or from which they turned their eyes. There is, it seems to us,
At best, only a limited value
In the knowledge derived from experience.
The knowledge inposes a pattern, and falsifies,
For the pattern is new in every moment
And every moment is a new and shocking
Valuation of all we have been. We are only undeceived
Of that which, deceiving, could no longer harm.
In the middle, not only in the middle of the way
but all the way, in a dark wood, in a bramble,
On the edge of a grimpen, where is no secure foothold,
And menaced by monsters, fancy lights,
Risking enchantment. Do not let me hear
Of the wisdom of old men, but rather of their folly
Their fear of fear and frenzy, their fear of possession,
Of belonging to another, or to others, or to God.
The only wisdom we can hope to acquire
Is the wisdom of humility: humility is endless.

Mr. Floyd: Thank you very much for your thought-provoking comments, and for bringing in the passage from East Coker, as well as the quote from Stevens, which describes wonderfully a fundamental feature of contemporary culture.

The East Coker passage fits well with my disjointed post. Eliot's final lines on humility are wonderful, and (needless to say!) he says far better than I ever could what I was fumbling towards.

Thank you again. It's always a pleasure to hear from you.