One Thing Leads To Another

I am in the midst of one of my recurrent avoid-the-news-of-the-world periods.  To steel my resolve, I paid a visit to a favorite poem: 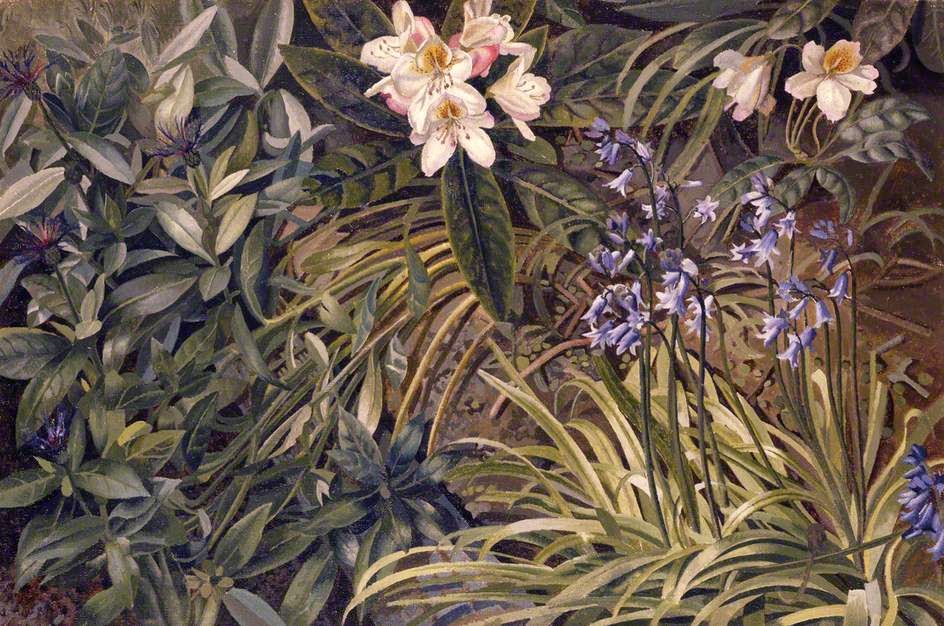 When it comes to poetry, one thing leads to another.  Thus, after I read "No Newspapers," I realized that I had not visited this poem in quite some time:

A newspaper is a collection of half-injustices
Which, bawled by boys from mile to mile,
Spreads its curious opinion
To a million merciful and sneering men,
While families cuddle the joys of the fireside
When spurred by tale of dire lone agony.
A newspaper is a court
Where every one is kindly and unfairly tried
By a squalor of honest men.
A newspaper is a market
Where wisdom sells its freedom
And melons are crowned by the crowd.
A newspaper is a game
Where his error scores the player victory
While another's skill wins death.
A newspaper is a symbol;
It is feckless life's chronicle,
A collection of loud tales
Concentrating eternal stupidities,
That in remote ages lived unhaltered,
Roaming through a fenceless world.

Newspapers still survive (barely).  But in their place (how fortunate for us!) we have any number of electronic purveyors of "news."  Of course, other than the technology of distribution, absolutely nothing has changed, has it?  "A court/Where every one is kindly and unfairly tried/By a squalor of honest men."  Exactly.  "A market/ Where wisdom sells its freedom/And melons are crowned by the crowd."  Perfect.  ("Melons are crowned by the crowd" is wonderful.)  "A collection of loud tales/Concentrating eternal stupidities."  Ah, yes.

Stephen Crane bucked me up:  I have abandoned The News of the World altogether.  I am quite certain that something is going on out there, but I have no reason to inquire. 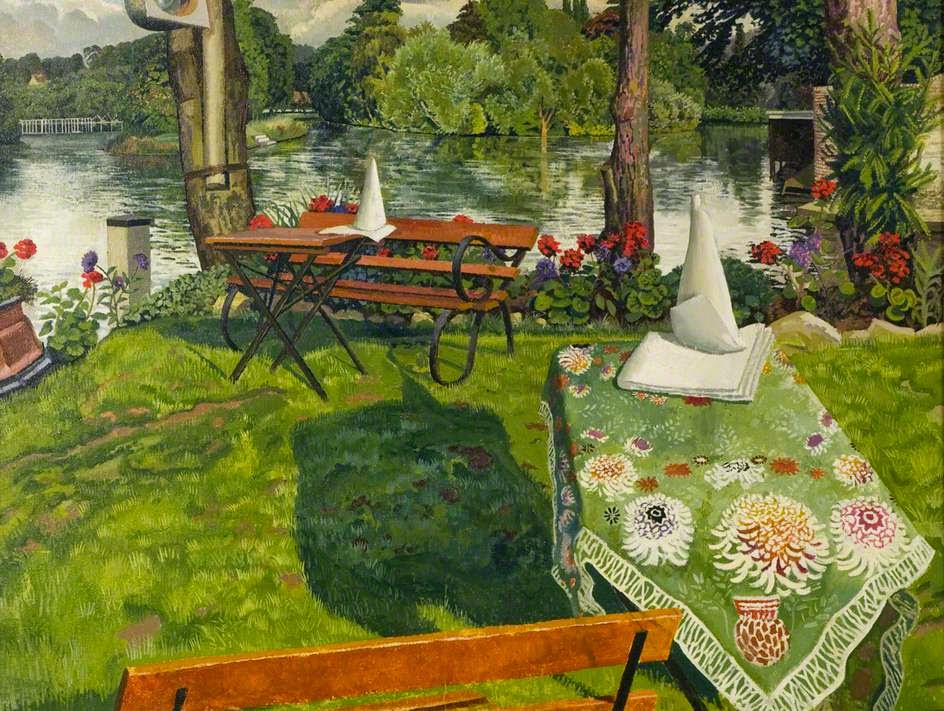 But it turned out that I was not finished with Mary Coleridge yet.  I was preoccupied with newspapers and their ilk when I came to the poem.  But what stayed with me was the final line:  "I heard the leaf of the poppy fall."

Where would we be without poetic serendipity?  A week or so later, I happened upon this:

The poppy flowers;
How calmly
They fall.

Imagine those two poems existing independently of each other, going about their beautiful business in their own perfect way.  And then, by sheer accident, they come together.  Their coming together does not change the World.  Events of this sort shall never appear in the daily news.  Which is perfectly fine. 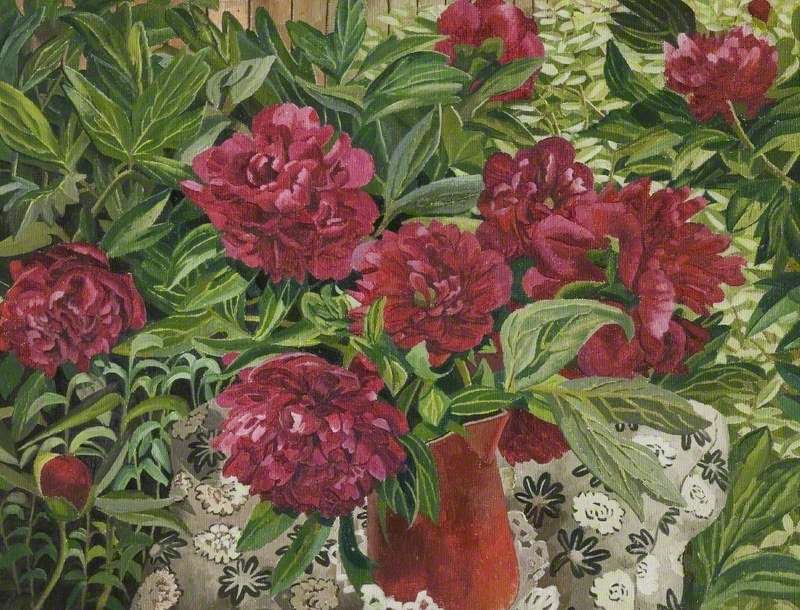 Finally, this week, the poppies of Coleridge and Etsujin led to this:

Stillness:
The sound of the petals
Sifting down together.

Chora does not specify what sort of petals are falling:  he simply uses the phrase hana no oto.  Hana means "flower" or "blossom"; oto means "sound"; no means "of."  Hence:  "sound of flower" or "sound of blossom."  But the haiku is a Spring haiku, and thus cherry or plum petals are implied.

Do falling petals make a sound?  Perhaps so.  I know that falling snow can whisper.  I have heard it.

Does Chora's poem bring this excursion to an end?  Of course not.  This is how poetry works. 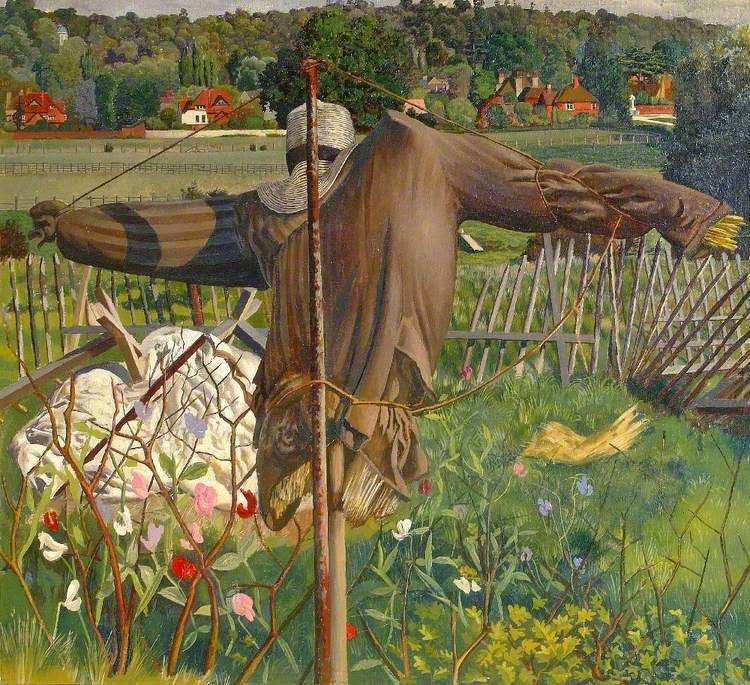 You reflect how I feel about the news in these poems.

The Chora haiku touches me deeply as I have just experienced this moment of magic very recently (details on my blog if you care to have a look). And I smile with knowing satisfaction, because I am also a conscientious objector to the news - much to the horror of my family - particularly my mother-in-law!!! (that increases the bliss of ignorance, btw) I pray that in all things, God's will be done, and I go out and pull weeds in the garden and concentrate on making life better for the people close to me. I can't change the world.

Mr Pentz, how refreshing to come upon your post today. As you may be aware we are in the last few weeks before electing a new government, or returning the same one for another term. The difference I'm sure will be barely noticeable. As a consequence our newspapers, television and radio are crowded with even more, noise and bunkum than usual.
I confess to having arrived at the point where I rarely look at newspapers, avoid television news and election related programmes, and find that a once-a-day dose of radio news is more than enough.
The Mary Coleridge poem is wonderful, the final two lines especially.
The Etsujin and Chora haiku are both new to me. Thank you.

Yesterday morning I was walking and spending time sitting in woodland gardens close to where I live. Entranced by the cloud of cherry blossom on one tree
I sat immersed in the moment's immensity, the joyful silence, and the birdsong, which is part of it. Had I known the Chora haiku then it would have encapsulated the moment perfectly.

from A Little Treasury of Haiku, trans. by Peter Beilenson.

Ultra Monk: Thank you for visiting. It's nice to hear from you again.

I'm pleased to learn that you agree with me about the news. There's really nothing to be gained from it. But I confess it is a constant struggle for me to avoid it entirely, especially with modern technology: things just pop up on your screen. In "the old days," all it took was not watching TV and not opening the newspaper.

Thank you for your thoughts.

Ms White: Thank you for referring me to your blog: your family's visit to the Japanese garden looks lovely. In Seattle (where I live), we are fortunate to have a large number of cherry trees: not just in parks and gardens (we have a Japanese garden as well), but throughout our various neighborhoods. In some places, there will be a stretch of two or more blocks lined with cherry (and/or plum) trees. I don't know the history, but there must have been a concerted effort at some time to import them. It is a wonderful time of year.

I agree with you about the news: the appetite of some people for news always amazes me. I don't judge them for it (it is more a habit than anything else), but it can be so emotionally draining, in addition to being simply annoying: I'm sure we have both been to houses where the TV is always on, and is always tuned to one of the cable news networks. I don't find myself in airports often, but I always try to get as far away as I can from the TV that is blaring CNN.

I also agree that, if we wish to have an impact on the world, the best course of action is to live as mindfully and as kindly as we can.

Mr Ashton: Please, don't get me started on elections! I sympathize with you, but imagine this: we have politicians already announcing, and starting, their campaigns for the presidency with the election 19 months away. The prospect is appalling. I understand your pain: but perhaps you can console yourself that it is relatively short-lived compared to what we are about to be put through over here.

I'm glad you have a place to enjoy the cherry blossoms. As I mentioned in my response to Ms White's comment, we are very fortunate to have an abundance of cherries (and other flowering fruit trees) in Seattle. As I'm sure you have noticed, when you walk or sit beneath a group of them, the light around you seems to turn white and/or pink.

I'm pleased you like Coleridge's poem, and the haiku. I urge you to track down Blyth's Haiku, Volume 2: Spring. He arranges the haiku by subject matter: for instance, different types of trees, flowers, birds, etc. Thus, the Spring volume has, as one would expect, a large number of haiku about cherry blossoms, spanning the entire history of haiku.

Fred: Thank you very much for Basho's haiku. It sounds vaguely familiar -- I may have encountered it in another translation, perhaps. In any event, it is lovely: what a wonderful combination of images (and of sound)!

It is always good to hear from you. Thank you for visiting again.

I wouldn't be surprised if you had encountered another translation of this haiku by Basho. I think I have several myself.

A wonderful combination of vision and sound, or a visual analogue of sound--Waterfall music.

Fred: It turns out that my memory is still (relatively) good. I was able to find R. H. Blyth's translation of the haiku, which is likely the translation that I had in mind:

The petals of the yellow rose --
Do they flutter down
At the sound of the waterfall?

I also tracked down this translation by Makoto Ueda (in his Basho and His Interpreters: Selected Hokku with Commentary, page 191):

Here are two comments made by Japanese commentators (quoted by Ueda in his book):

"I do not believe the poet had the flowers in sight when he wrote the hokku. On hearing the distant sound of the rapids, he imagined a scene of mountain roses falling by the stream. The poem embodies his deep sorrow over spring's departure." (Donto)

"Near the rapids of Nijiko, mountain roses were in full bloom. The poet, seeing a petal or two flutter down, gave play to his imagination and wondered if the sound of the rapids was not causing the flowers to fall." (Rika)

Who knows? I have found that Japanese literary critics can be just as fanciful in their interpretations of poetry as their Western counterparts. Better to just leave it alone.

Thank you very much for your follow-up thoughts.

That's one of the things I enjoy about haiku. They are so short, yet the translations can vary considerably. I like to put several versions together and feel that I'm sort of getting a feel for it by coming at it from several different directions.

Fred: I agree. And I follow the same practice when it comes to translations: I try to find as many as possible, for the exact reason you state. The haiku you shared is an excellent example: it is very enigmatic, as evidenced by the variations in the translations. But reading them all helps to bring things into overall focus.