Lake Superior: Janet Lewis and the Group Of Seven

My recent visit to Lake Superior put me in mind of the following poem by Janet Lewis, as well as of paintings of Lake Superior by artists in the Group of Seven.

Remember for me the river,
Flowing wide and cold, from beyond Sugar Island,
Still and smooth, breathing sweetness
Into still air, moving under its surface
With all the power of creation.

Remember for me the scent of sweet-grass
In Ojibway baskets,
Of meadow turf, alive with insects.

Remember for me
Who will not be able to remember.
Remember the river.

The Selected Poems of Janet Lewis, edited by R. L. Barth (2000).  According to Mr. Barth, the river of the poem is the St. Mary's River, which "flows generally from Lake Superior to Lake Huron, for a space forming the international boundary between the U.S. and Canada." 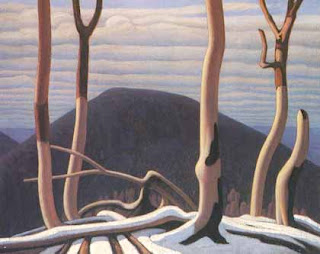 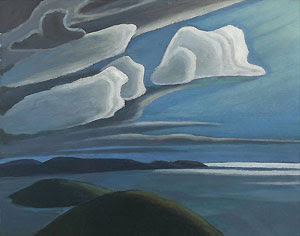 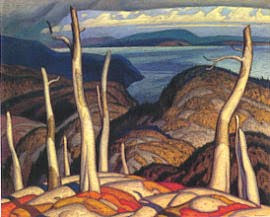 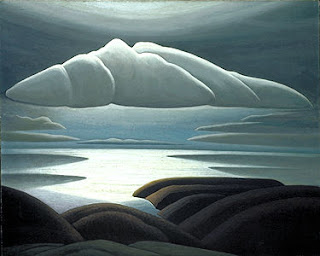 Posted by Stephen Pentz at 3:01 PM

Anonymous: thank you for visiting and commenting.