"Crowded With Thoughts That Need A Settled Home"

Sages often counsel us to avoid too much thinking.  This is a piece of advice that we hear from the Stoics on one side of the world to the Taoists on the other.  William Wordsworth, who is more prolix than, say, Marcus Aurelius or Lao Tzu, nonetheless has similar thoughts.  The following untitled poem is one of a group of five poems that appear under the title "Inscriptions Supposed To Be Found In And Near A Hermit's Cell":

Hast thou seen, with flash incessant,
Bubbles gliding under ice,
Bodied forth and evanescent,
No one knows by what device?

Such are thoughts! -- A wind-swept meadow
Mimicking a troubled sea,
Such is life; and death a shadow
From the rock eternity!

Wordsworth wrote the poem in 1818.  He revisited the subject at a later date, in a poem that was not published until 1850, the year of his death.

On the Banks of a Rocky Stream

Behold an emblem of our human mind
Crowded with thoughts that need a settled home,
Yet, like to eddying balls of foam
Within this whirlpool, they each other chase
Round and round, and neither find
An outlet nor a resting-place!
Stranger, if such disquietude be thine,
Fall on thy knees and sue for help divine. 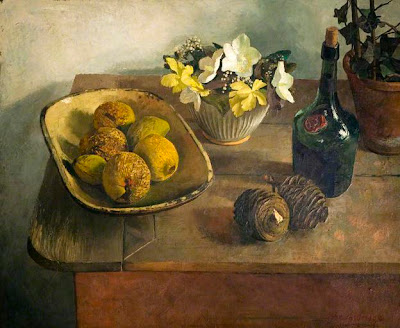