"Clouds Beyond Clouds Above Me, Wastes Beyond Wastes Below"

Stanley Cook's "View" (which appeared in my previous post) brings to mind a poem by a poet who, like Cook, was a resident of Yorkshire.   I am thinking of the setting of Cook's poem:  a vista in Yorkshire "as the threatened snow descends,/Blanking the view."  But I am thinking as well of the poem's conclusion:  resuming -- alone -- a conversation "that ended unhappily years ago/And whose unhappiness you know you had better bear." 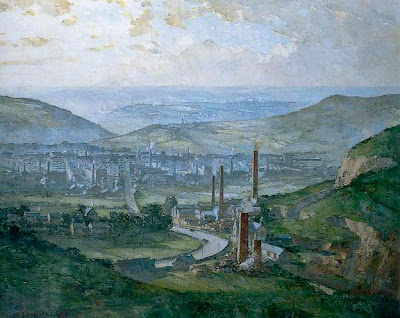 The following untitled poem shares a similar setting, but it also shares (perhaps) the feeling that "you had better bear" something, whether you want to or not.

The night is darkening round me,
The wild winds coldly blow;
But a tyrant spell has bound me
And I cannot, cannot go.

The giant trees are bending
Their bare boughs weighed with snow,
And the storm is fast descending
And yet I cannot go.

Clouds beyond clouds above me,
Wastes beyond wastes below;
But nothing drear can move me;
I will not, cannot go. 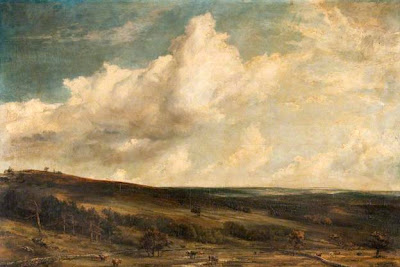