Here is something to think about:  what will your epitaph be?  I am not proposing that we dwell upon this question in a morbid fashion.  However, a few moments of reflection on the matter may help to put things into perspective.

For instance, Robert Herrick was fond of composing epitaphs, both for himself and for others (sometimes while they were still alive).  Here is his epitaph for his beloved maid Prudence (who went by the name "Prue" and who out-lived Herrick by nearly four years):

Upon Prue, His Maid

In this little urn is laid
Prudence Baldwin, once my maid,
From whose happy spark here let
Spring the purple violet.

Robert Herrick, Hesperides (1648).  One could do much worse than to be described as a "happy spark" in one's epitaph, don't you think?

John Brett
"The British Channel Seen From The Dorsetshire Cliffs" (1871)

Herrick's proposed epitaph for himself is more sober.  He seems to have been a merry soul (much of the time).  But he saw things clearly and did not dissemble.

Lost to the world; lost to myself; alone
Here now I rest under this marble stone:
In depth of silence, heard and seen of none.

Ibid.  An aside: "In depth of silence, heard and seen of none" brings to mind Christina Rossetti, who, as I have noted before, was wont to think of death as a restful, profound sleep.  Thus, for example: "One day it will be sweet/To shut our eyes . . ." 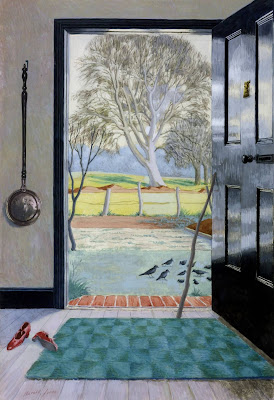 I would prefer something along the following lines.  (Although, mind you, I am not deluded enough to think that, at this point in my life, I deserve it or in any way qualify for it!)  The life described -- one of dignity and of simple (not simplistic) nobility -- is one to which we can all aspire.  And happy we should be if we come close to attaining it.

At His Father's Grave

Here lies a shoemaker whose knife and hammer
Fell idle at the height of summer,
Who was not missed so much as when the rain
Of winter brought him back to mind again.

He was no preacher but his working text
Was See all dry this winter and the next.
Stand still.  Remember his two hands, his laugh,
His craftsmanship.  They are his epitaph. 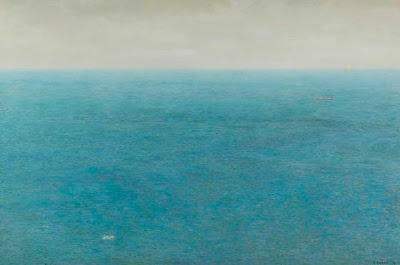 A dreaded sunny day, so I'll meet you at the cemetery gates...

Mr Rickard: Ah, that's very good! It's been a while since I've listened to that! There's nothing like Morrissey (and Marr) to bring a smile to your face.

And thank you as well for your post today with the link. I'm very fond of Ryecroft also. And your potential epitaphs are well-chosen!