I try not to inflict my dreams on others.  Thus, I beg your forbearance for what follows.  I plead as an excuse that the dream is relevant only insofar as it relates to a poem by Christina Rossetti.

I recently had a dream of death.  A nameless malady was afoot:  it caused people to become drowsy; if they fell asleep, they died.  I contracted the malady.  I felt myself getting sleepy.  I knew what would happen if I gave in to sleep.  I was frightened.  Yet, there was part of me that thought that giving in might not be such a bad thing:  after all, it was only endless sleep that awaited me.  The most vivid feature of the dream was the choice that I faced:  to wit, the emotion involved in the pull between the fear of extinction and the release of just letting go. 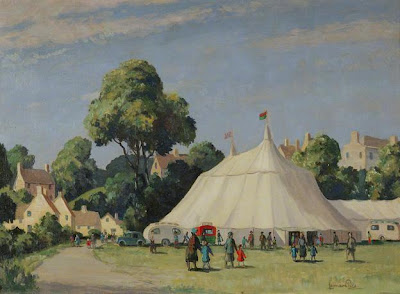 A few days later, I thought of a poem by Christina Rossetti.  It has been quite some time since I last read the poem (at least a year, I think), so it was not the source of the dream.  I offer it, not as an explanation of the dream, but as a sort of counterpoint, or echo.  (And, besides, the poem is far more interesting than the dream.)

Life is not sweet.  One day it will be sweet
To shut our eyes and die:
Nor feel the wild flowers blow, nor birds dart by
With flitting butterfly,
Nor grass grow long above our heads and feet,
Nor hear the happy lark that soars sky high,
Nor sigh that spring is fleet and summer fleet,
Nor mark the waxing wheat,
Nor know who sits in our accustomed seat.

Life is not good.  One day it will be good
To die, then live again;
To sleep meanwhile:  so not to feel the wane
Of shrunk leaves dropping in the wood,
Nor hear the foamy lashing of the main,
Nor mark the blackened bean-fields, nor where stood
Rich ranks of golden grain
Only dead refuse stubble clothe the plain:
Asleep from risk, asleep from pain. 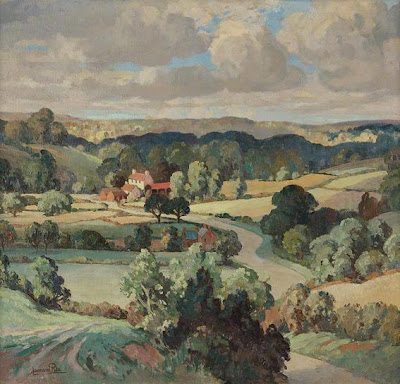 Thank you for your knowledge about poetry with us.

Merisi: thank you very much for visiting. I'm happy that you like the poem, and I appreciate your kind words. I hope that you will stop by again.

I've been wondering about this post, and noticed your comment ".. so it was not the source of the poem ..." when you recalled the Rossetti poem a little while after having had your dream.

I think our dreams are the most magnificent manifestation of the complexity of the human mind, and are only a hairsbreadth away from the comparable magnificence of the poet's eye and imagination. As a psychotherapist who is thinking a lot about poesis and the possibility that our minds (as opposed to our 'brains') need and want to communicate in the poetic mode, I wonder if your dream was actually a harbinger of the Rossetti poem - and that something about the Rossetti poem was needed just about then ... Just a thought ... !

All good wishes to you.

Your area of exploration is a fascinating one. I know from my own experience (which is limited and non-professional) that some of the poems that I have written seem to come automatically from a sort of dream-like place, and that it feels as though I am simply acting as a scrivener. I have sometimes woken up in the middle of the night or in the morning and had poems in my mind which I am then able to write out. (Which may account for the lack of quality of the poems, of course!)

Again, thank you very much for your thoughts, and for stopping by again. I always appreciate hearing from you.

I'm glad I posted my thoughts Stephen - I nearly didn't!

Do you know, you are in good company with this awareness of being the 'scrivener' of work already formed? There's a wonderful talk by the author of 'Eat, Pray. Love' - Elizabeth Gilbert - on the TED website (see http://www.ted.com/talks/lang/en/elizabeth_gilbert_on_genius.html) in which she talks about the experience of the American poet Ruth Stone, who would hear the arrival of a poem borne on the wind - a zephyr perhaps ...

Eamonn: I'm glad that you posted your comment as well! And thank you very much for the link. The story about Ruth Stone is wonderful: the image of the poem/wind chasing her as she ran to her house to get to her pencil and paper in time was lovely, as was the part about catching the poem by the tail. It is indeed a fascinating subject to think about.

Thank you once again for your comments, and for the link.