How To Live, Part Seventeen: "Balances"

I am skeptical of the human fondness for analysis and explanation.  Given what I have seen during my 50-odd years on Earth, my skepticism grows by the day.  For instance, each time some fresh horror (whether natural or man-made) occurs in the world, there is a rush to "analyze" and "explain" it.  As if we could change things.  As if there were something new under the sun.

There is a core of social engineering busybodyness to this enterprise that seems dismissive of both Nature and Human Nature.  (This busybodyness is exacerbated by the media and promoted by our ever-compassionate governments, which, of course, are always extremely concerned about the well-being of our souls.)  And here is the pay-off (or punch-line, as you wish):  the underlying premise of the enterprise is the belief that, by "analyzing" and "explaining" things, we (humanity) will make "progress." 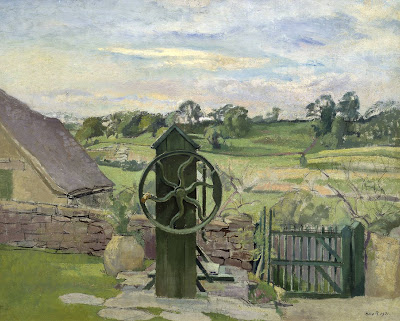 Because I see the world poisoned
by cant and brutal self-seeking,
must I be silent about
the useless waterlily, the dunnock's nest
in the hedgeback?

Because I am fifty-six years old
must I love, if I love at all,
only ideas -- not people, but only
the idea of people?

Because there is work to do, to steady
a world jarred off balance,
must a man meet only a fellow-worker
and never a man?

There are more meanings than those
in text books of economics
and a part of the worst slum
is the moon rising over it
and eyes weeping and
mouths laughing.

Norman MacCaig, in Ewen McCaig (editor), The Poems of Norman MacCaig (Polygon 2009).  A note: a "dunnock" is also known as a hedge sparrow or a hedge warbler. 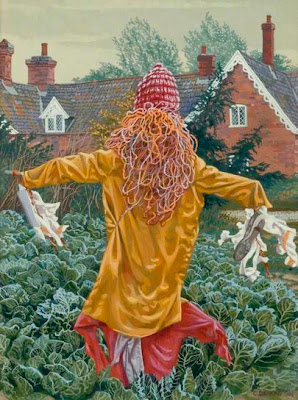 Labels: How To Live, Norman MacCaig

Mr Pentz: your post reminded me of e e cummings: "I'd rather learn from one bird how to sing than teach ten thousand stars how not to dance."

Mr. Hunter: thank you for dropping by again. And thank you for the quote from e e cummings -- it is apt, isn't it? There is way too much fruitless (and absurd) attempted "teaching" afoot in the world, I think.