Into my heart an air that kills
From yon far country blows:
What are those blue remembered hills,
What spires, what farms are those?

That is the land of lost content,
I see it shining plain,
The happy highways where I went
And cannot come again.

In my previous post, I placed this poem in apposition to the phrase "the past is a foreign country."  The "far country" referred to by Housman is the lost, irredeemable past.  In Housman's case, the defining feature of that irrecoverable past is the boundless prospect of love, a love that proved to be unrequited. 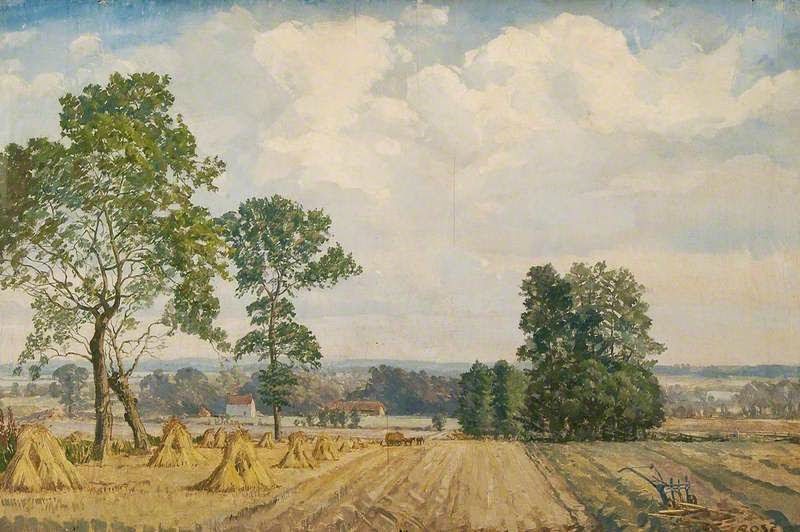 The "far country" of the past can be found in another poem by Housman.

Is Memory most of miseries miserable,
Or the one flower of ease in bitterest hell?

Although Housman was at pains to point out that he was not a Stoic in the Greek and Roman philosophical sense, I would suggest that he was nevertheless a lower-case stoic in terms of the expression of his emotions. He would likely find Rossetti's poem to be a bit florid.  But I think it fits. 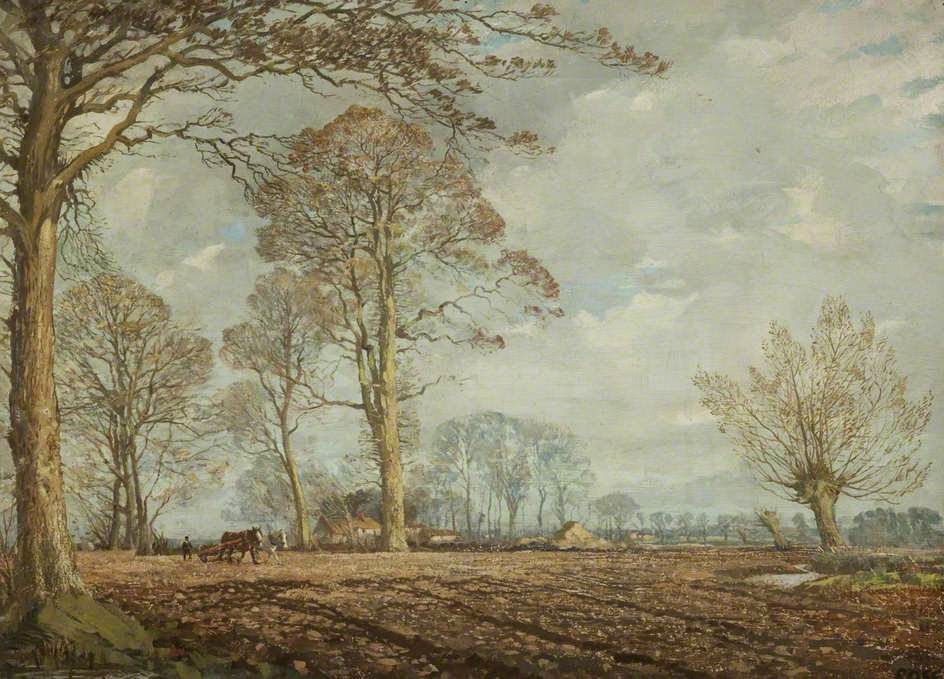 I am also drawn back to J. L. Carr's novel A Month in the Country, which, as I have noted before, contains echoes of Housman's poetry.  Some brief background:  the story is centered on Tom Birkin, a veteran of the First World War who has received a commission to restore a Medieval wall-painting in a small church in "Oxgodby."  Here are the novel's concluding paragraphs (for those of you who have not read the book, and may wish to, there are no "spoilers" in the following passage):

"And, standing before the great spread of colour, I felt the old tingling excitement and a sureness that the time would come when some stranger would stand there too and understand.

It would be like someone coming to Malvern, bland Malvern, who is halted by the thought that Edward Elgar walked this road on his way to give music lessons or, looking over to the Clee Hills, reflects that Housman had stood in that place, regretting his land of lost content.  And, at such a time, for a few of us there will always be a tugging at the heart -- knowing a precious moment gone and we not there.

We can ask and ask but we can't have again what once seemed ours for ever -- the way things looked, that church alone in the fields, a bed on a belfry floor, a remembered voice, the touch of a hand, a loved face.  They've gone and you can only wait for the pain to pass.

All this happened so long ago.  And I never returned, never wrote, never met anyone who might have given me news of Oxgodby.  So, in memory, it stays as I left it, a sealed room furnished by the past, airless, still, ink long dry on a put-down pen.

But this was something I knew nothing of as I closed the gate and set off across the meadow." 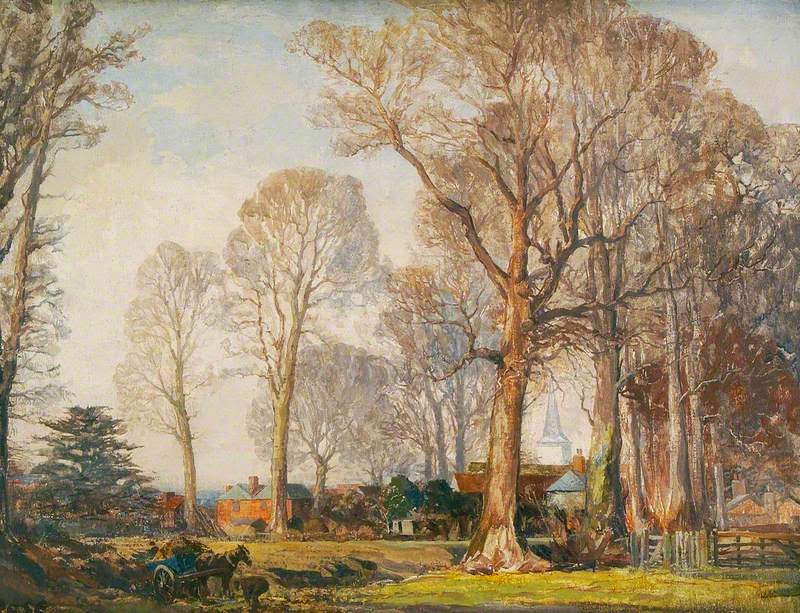 George Rose, "The Usurper's Field"
Posted by Stephen Pentz at 12:30 AM

Of course, when he was a headmaster, one of Carr's claims to fame was annually marching the children around the streets of the town reciting the Housman poem "Loveliest of trees, the cherry now".

Bilby: Thank you for reminding me of that. Actually, back in March of 2011, I quoted a recollection by one of Carr's students about the annual walk that appears in Byron Rogers's The Last Englishman: The Life of J. L. Carr (which you are no doubt familiar with). Thank you for calling attention to it in this context.

Thank you very much for stopping by.