W. E. Henley (1849-1903) wrote a sequence of 28 poems titled "In Hospital."  The poems are based upon his 20-month stay in The Royal Infirmary of Edinburgh from 1873 to 1875, where he was treated for tuberculosis by Dr. Joseph Lister (namesake of, yes, Listerine).  He had suffered from the disease from the age of twelve.  This all sounds very bleak, I know.  But Henley brings (trust me!) some humor to the whole business.  Although there is, of necessity, some bleakness.

A square, squat room (a cellar on promotion),
Drab to the soul, drab to the very daylight;
Plasters astray in unnatural-looking tin-ware;
Scissors and lint and apothecary's jars.

Here, on a bench a skeleton would writhe from,
Angry and sore, I wait to be admitted:
Wait till my heart is lead upon my stomach,
While at their ease two dressers do their chores.

One has a probe -- it feels to me a crowbar.
A small boy sniffs and shudders after bluestone.
A poor old tramp explains his poor old ulcers.
Life is (I think) a blunder and a shame.

Henley closed the sequence with "Discharged."  This is the final stanza of the poem:

Free . . . !
Dizzy, hysterical, faint,
I sit, and the carriage rolls on with me
Into the wonderful world. 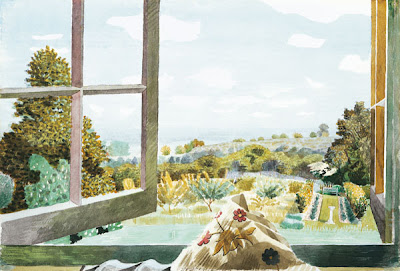