Spring: Variations On A Theme

Days come when I feel the need for simple, declarative sentences about the World.  On such days, I sometimes read haiku.

When it comes to haiku, one of the first lessons to learn is this:  simplicity does not preclude depth and implication.  Of course, this applies to poetry -- and art -- as a whole.  But haiku is perhaps the extreme instance of the lesson:  3 phrases and 17 syllables in which to encompass the World.

I believe that R. H. Blyth's 4-volume Haiku is still (more than 60 years after its publication) the best study of the cultural, historical, philosophical, and aesthetic background of the art form.  In his preface, Blyth provides this preliminary definition:

"Haiku record what Wordsworth calls those 'spots of time,' those moments which for some quite mysterious reason have a peculiar significance. There is a unique quality about the poet's state of feeling on these occasions; it may be very deep, it may be rather shallow, but there is a 'something' about the external things, a 'something' about the inner mind which is unmistakable.  Where haiku poets excel all others is in recognizing this 'something' in the most unlikely places and at the most unexpected times.
. . . . . . . . . .
Haiku is a kind of satori, or enlightenment, in which 'we see into the life of things.'  We grasp the inexpressible meaning of some quite ordinary thing or fact hitherto entirely overlooked."

R. H. Blyth, Haiku, Volume 1: Eastern Culture (Hokuseido Press 1949), page 8.  A side-note: Blyth's reference to Wordsworth reminds me that his knowledge of English poetry was as wide as his knowledge of haiku.  The four volumes of Haiku are interspersed with references to English poets and poems.  He also wrote an interesting book titled Zen in English Literature and Oriental Classics (1942). 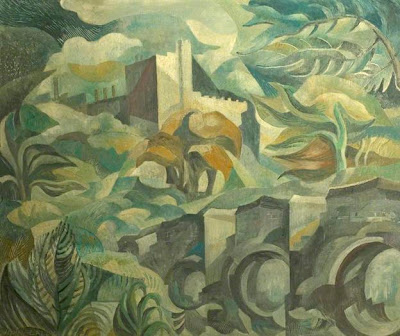 Our current season is considered in the following four haiku.  All of the translations are by Blyth.

A fallen flower
Returning to the branch?
It was a butterfly.

A cloud of cherry blossoms:
The bell, -- is it Ueno?
Is it Asakusa?

Basho (1644-1694).  Ueno and Asakusa are adjacent districts in Tokyo. Ueno was (and is) well-known for its cherry blossoms.  Both districts have numerous temples (and, hence, bells). 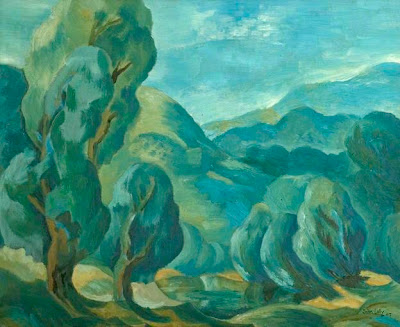 The cherry blossoms having fallen,
The temple
Through the branches. 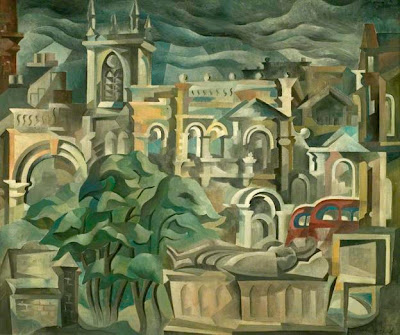 My favorite Spring and actually favorite haiku is

April's air stirs in
Willow-leaves. . . A butterfly
Floats and balances.

- Basho -
from A Little Treasury of Haiku
trans. Peter Beilenson

This is also my favorite collection of haiku. I do have a one of the four volumes by Blythe, but I haven't gotten around to really digging into it.

It's the last line that does it for me. Life is floating and balancing.

Thank you very much for Basho's haiku, Fred. It is lovely.

I haven't seen Beilenson's collection. I see from the Internet that he produced a number of volumes of haiku translations over the years. Thanks for the recommendation.

As always, I appreciate your taking the time to visit.