"Yes! In The Sea Of Life Enisled"

By chance, my posts this month have taken a turn towards the sea.  Which leads me to Matthew Arnold.  The sea turns up quite a bit in his poetry, even though one might not think of Arnold as a margins-of-the-land, vasty-deep type of person.  (As opposed to, say, Thomas Hardy, who is quite at home standing on the brink of a windy cliff above crashing waves   -- more often than not in rain, mist, or fog.)

Arnold's best-known poem is probably "Dover Beach," which begins:  "The sea is calm to-night./The tide is full, the moon lies fair/Upon the straits." The poem then proceeds onward to the "melancholy, long, withdrawing roar" of "the Sea of Faith," before ending on the famous "darkling plain . . . Where ignorant armies clash by night." 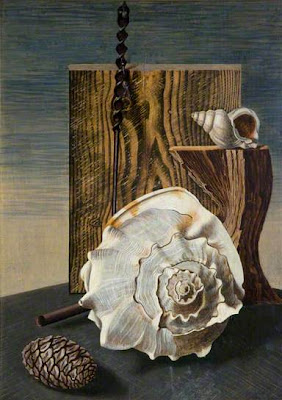 But the sea is present in a number of other poems of his as well, including the following poem addressed to "Marguerite."  Arnold first met "Marguerite" in September of 1848 on a sojourn in Switzerland, saw her again when he returned a year later, and then parted from her for ever.  Her identity is unknown (despite the detective work of scholars).  Some argue that she was an invention.  I prefer to think not.

Yes! in the sea of life enisled,
With echoing straits between us thrown,
Dotting the shoreless watery wild,
We mortal millions live alone.
The islands feel the enclasping flow,
And then their endless bounds they know.

But when the moon their hollows lights,
And they are swept by balms of spring,
And in their glens, on starry nights,
The nightingales divinely sing;
And lovely notes, from shore to shore,
Across the sounds and channels pour --

Oh! then a longing like despair
Is to their farthest caverns sent;
For surely once, they feel, we were
Parts of a single continent!
Now round us spreads the watery plain --
Oh might our marges meet again!

Who ordered, that their longing's fire
Should be, as soon as kindled, cooled?
Who renders vain their deep desire? --
A God, a God their severance ruled!
And bade betwixt their shores to be
The unplumbed, salt, estranging sea.

Matthew Arnold, Empedocles on Etna, and Other Poems (1852).

If one were being less than charitable to Arnold, one could argue that the poem is Arnold's after-the-fact philosophical/ontological/theological rationalization for failing to pursue the love of his life.  I can see the point. Sort of.

But then there is line 4:  "We mortal millions live alone."  Call me sappy and sentimental, but those italics speak volumes.

Well, what does one do with a life-long regret? 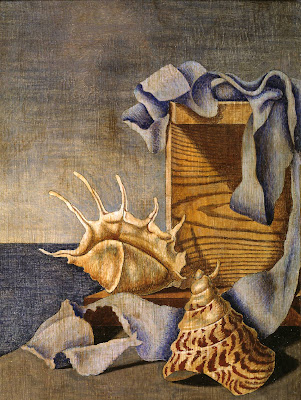 "The club-houses were established to cultivate social and habits, and it is rare that more than two eat together, and oftenest one eats alone. Was it then a stroke of humor in the serious Swedenborg, or was it only his pitiless logic that made him shut up the English souls in a heaven by themselves."

George: thank you very much for that bit of Emerson. It is a nice counterpoint to Arnold, especially given Arnold's enthusiasm for Emerson (at least in his younger years).

Well, if you're Kenny Rogers, you sing a duet with Dolly:

If you're Jackson Browne, you write a song:

"Where the touch of the lover ends
And the soul of the friend begins
There's a need to be separate and a need to be one
And a struggle neither wins...

You're the hidden cost and the thing that's lost
In everything I do
Yeah and I'll never stop looking for you...
Sky blue and black"

Or, if you're John of the Cross, you write a canticle:

Esther: thank you very much for visiting, and for those variations on the theme. Kenny Rogers, Dolly Parton, and Matthew Arnold, all in the same boat (or, on an island, I should say)!