Charles Tomlinson is a close observer of the natural world, and his descriptions of that world are both precise and illuminating.  The title of one of his earliest collections is Seeing Is Believing, and I think that that phrase characterizes quite well his work as a whole.  He is also an artist. Thus, it is not surprising that his poetry has a strong pictorial feel to it.  In the following two poems, he considers the blackthorn. 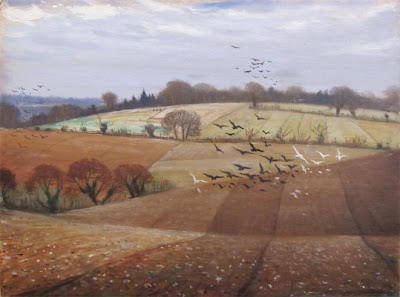 Pallor of blossom between still-gaunt trees:
The blackthorn's white acetylene is clearing
Spaces for summer and the vast arrival,
Swimming whose floodtide we shall still recall
This first and tentative, this weightless stirring
Of whiteness above the thicket of winter's vestiges.

Charles Tomlinson, The Vineyard Above the Sea (Carcanet 1999). 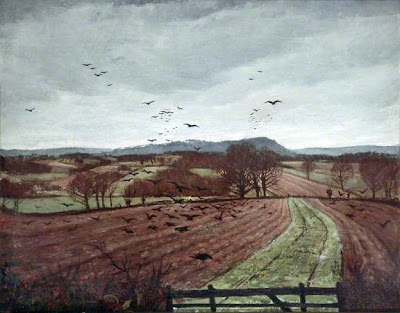 The Order of Saying

'As soon as the blackthorn comes in flower
The wind blows cold,' she says:
I see those bushes tossed and whitening,
Drawing the light and currents of the air
Into their mass and depth; can only see
The order of her saying in that flare
That rises like a beacon for the wind
To flow into, to twist and wear
Garment and incandescence, flag of spring. 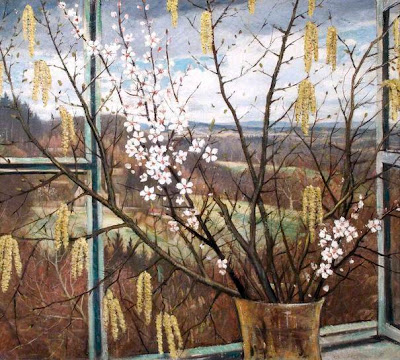 Wonderful. I was not familiar with the work of Charles Tomlinson but it is very much to my taste - thank you for the introduction.

I think the phrase 'this weightless stirring/ Of whiteness' is particularly fine.

alice c: I'm pleased that you like the poems by Tomlinson. I still need to explore his poetry much further. But it seems that each time I read his work, I come across something memorable. Thus, the blackthorns in these poems always stuck in the back of my mind even though it has been some time since I first encountered them.

As always, thank you for visiting, and for your thoughts. And thank you once again for telling me about your father's use of "blackthorn winter"!