"The River Of Rivers In Connecticut"

My recent series of posts about looking at, or seeing, the World got me to thinking about one of my favorite poems.  The poem is by Wallace Stevens, whose "Not Ideas About the Thing But the Thing Itself" I posted last week. As I noted in my previous post, that poem is the final poem in his final collection, which was published when he was 75.  He died the following year.

"The River of Rivers in Connecticut" is the second to last poem in the collection.  Taken together, I think that the two poems serve as a lovely and moving valedictory summing-up by Stevens. 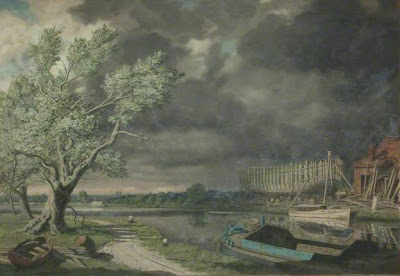 There is a great river this side of Stygia,
Before one comes to the first black cataracts
And trees that lack the intelligence of trees. 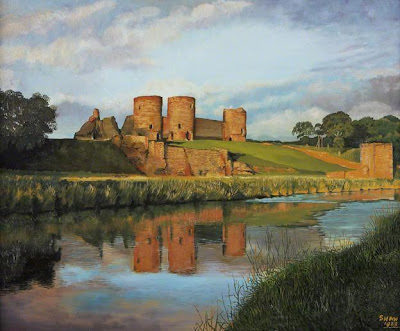 Regardless of what the poem means, it sounds beautiful.  The beauty begins with the title and carries through to the end.  I am stating the obvious, but it is evident that much of the beauty lies in the fact that the poem does indeed flow like a river.  Nearly every line contains some sort of assonance, consonance, and/or alliteration.  Notice, in particular, the recurrence of r, s, and f sounds.  The repetitive sounds are coupled with a syntax that is smooth and rhythmic.  Reading the poem creates the feeling of being part of a "propelling force," "an unnamed flowing."

As for what the poem "means," I suggest that we think about the back-and-forth between the Imagination and Reality (the World) that is at the heart of Stevens's view of how we ought to live.  We may also wish to consider something that Stevens wrote in "Sunday Morning":  "Death is the mother of beauty."   Make no mistake:  we will all eventually end up in Stygia, accompanied by the ferryman.  In the meantime, the river of rivers surrounds us, together with "the appearances that tell of it.''  It is up to us to make something out of the things around us that flash and flash in the sun, that glisten and shine and sway. 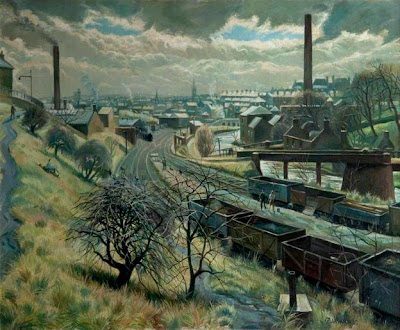