Human beings tend to believe that the times in which they live are unique or unprecedented.  This belief is particularly prevalent among the social engineers (politicians, scientists, assorted busybodies, and their ilk) who put their faith in Progress.  Truisms come in handy at this point.  There is nothing new under the sun.  The more things change, the more things stay the same.

The technological baubles of each successive "Modern Age" mean nothing. The human emotions that swirl within our hearts and minds and souls have not altered a whit in centuries.  When I wander through, say, The Greek Anthology or Robert Herrick's Hesperides I come across local peculiarities that mark out the age in which the poems were written.  But the clearest impression I take away is this:  They are the same as us. 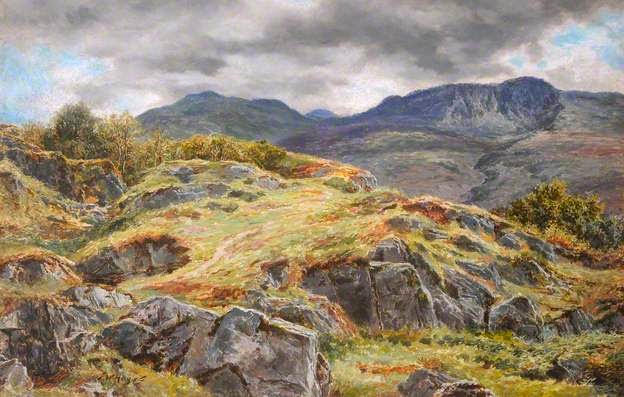 Thus, twelve centuries ago, a Chinese poet spoke for us all, the living and the dead.  Nothing has changed.

Mounting on high I begin to realize the smallness of Man's Domain;
Gazing into distance I begin to know the vanity of the Carnal World.
I turn my head and hurry home -- back to the Court and Market,
A single grain of rice falling -- into the Great Barn. 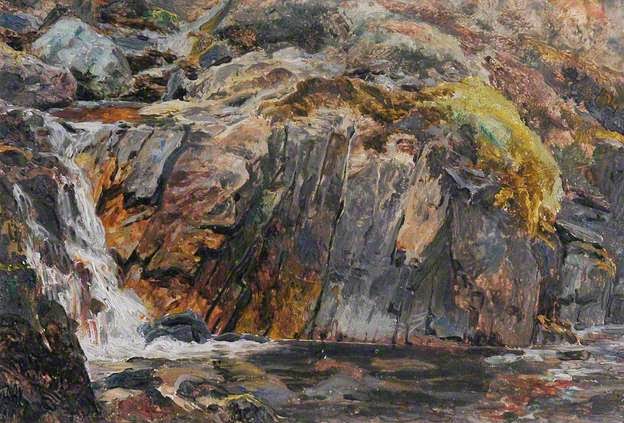 "A single grain of rice falling -- into the Great Barn."  I cannot claim to have lived in a manner that reflects the wisdom implicit in that line.  I doubt that I ever will.  But it is something to aspire to.  In the meantime, I am happy to jettison (to the best of my limited ability) any notions of uniqueness or novelty in myself or in my times and embrace truisms (which are, after all, true).

His father gave him a box of truisms
Shaped like a coffin, then his father died;
The truisms remained on the mantelpiece
As wooden as the playbox they had been packed in
Or that other his father skulked inside.

Then he left home, left the truisms behind him
Still on the mantelpiece, met love, met war,
Sordor, disappointment, defeat, betrayal,
Till through disbeliefs he arrived at a house
He could not remember seeing before.

And he walked straight in; it was where he had come from
And something told him the way to behave.
He raised his hand and blessed his home;
The truisms flew and perched on his shoulders
And a tall tree sprouted from his father's grave.

Louis MacNeice, Solstices (Faber and Faber 1961).  MacNeice's father was a cleric who eventually became a bishop in the Church of Ireland.  He died in 1942, when MacNeice was 34.

MacNeice's poetry generally has a sardonic streak running through it.  But there are times when it gives way, at least in part, and for a moment only. 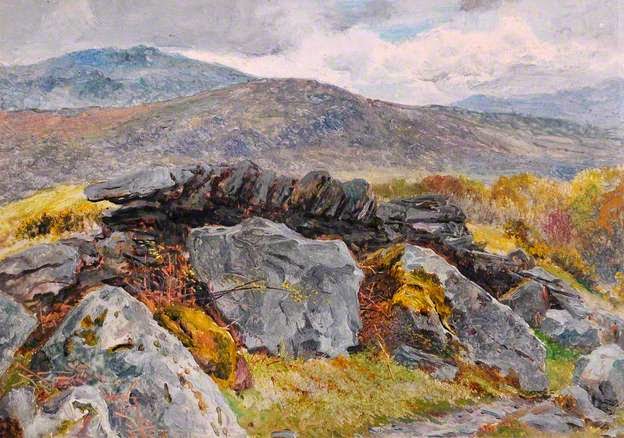 Realizing the Futility of Life

Ever since the time when I was a lusty boy
Down till now when I am ill and old,
The things I have cared for have been different at different times,
But my being busy, that has never changed.
Then on the shore -- building sand-pagodas.
Now, at Court, covered with tinkling jade.
This and that -- equally childish games,
Things whose substance passes in a moment of time!
While the hands are busy, the heart cannot understand;
When there is no Attachment, Doctrine is sound.
Even should one zealously strive to learn the Way,
That very striving will make one's error more.

Po Chu-i (translated by Arthur Waley), in One Hundred and Seventy Chinese Poems (1918).

The final four lines have a distinct Taoist and Buddhist component, particularly the concepts of non-attachment and "the Way."  However, it should be noted that these sorts of truths are not limited to Taoism or Buddhism. 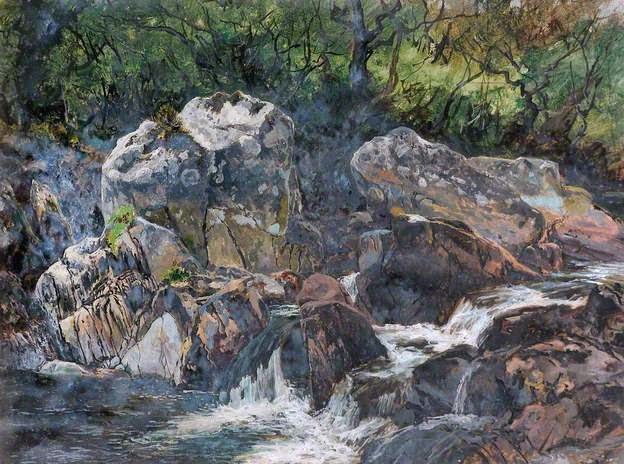 Older now, I find a lot of Whitman mere huffing and puffing, but I find his poem "Crossing Brooklyn Ferry" a sterling attempt to let the future know he is no different than they will be. The living of a life, the mingling with the crowd, the watching of a bird riding current over the war, the ebb and flow of the tides--he wants us to know he saw these things when he was alive, that at the core of things, deep within the marrow, he is no different from what we are. He is saying, "I lived, endured and relished this thing called life. You and I are no so different after all."

Whitman says it better than I can. Here's a little of what he says:


It avails not, neither time or place—distance avails not; I am with you, you men and women of a generation, or ever so many generations hence;
I project myself—also I return—I am with you, and know how it is.

These, and all else, were to me the same as they are to you;
I project myself a moment to tell you—also I return.

What is it then between us?
What is the count of the scores or hundreds of years between us?

Anonymous: thank you very much -- the Whitman is wonderful, and perfectly apt. My feeling about Whitman is similar to yours, but, when I read this, it makes me feel that I am not giving him his due. These lines are very moving.

Stephen – I absolutely agree with you that, “The human emotions that swirl within our hearts and minds and souls have not altered a whit in centuries”, yet the way we see things has. For example, we will never really know what it was like to see a play by Shakespeare in his lifetime.

Like you, I love “A single grain of rice falling – into the Great Barn” – but, alas, we hardly have the silence now to hear it! Yet even in ancient China that sometimes had to be fought for, as this poem by YANG JIONYANG (650–695?) illustrates:

The beacon fire shines over the capital,
and my agitated mind cannot be calmed.
By royal order we leave the palace hall;
our armoured horses besiege the Dragon Town.
Snow darkens pictures sewn on banners red.
Howling winds mingle with our drumbeats.
No glorifier of war’s tragedy,
I yet join a hundred men at the battle’s head.
Who could refuse to fight for the sake of learning
and the lotus flower’s beauty?

Just a few lines to thank you for your blog which enriches my life and often send me off in different directions to research a poet or an artists!
Yesterday I discovered a poem by Vernon Watkins - "Great Nights Returning" - I thought of you when reading it!
Thank you again for putting pen to paper(although things have changed somewhat since that little saying!)your words are often inspirational.
Pam

Peter: thank you for the thoughts, and for the poem. Yes, war and calamity are recurring themes in ancient Chinese poetry, aren't they? It is always interesting to compare the stillness and calm at the heart of the poetry with the often tempestuous times in which the poetry was written.

It is always good to hear from you.

Pam: thank you very much for the kind words. I greatly appreciate them. I am pleased and gratified that you may find things that you like here.

And I am indebted to you for "Great Nights Returning," which I hadn't read before -- now I have, and it is lovely. "All the wood's dropped leaves listen to your footfall": very nice! I have only read a few poems by Watkins in anthologies -- I need to explore his poetry further.

Thank you again. I hope you will return often.