Walter de la Mare continued to use (without irony) "thou" and "thee" and "thy" in his poems into the middle of the 20th century.  I think (without irony) that this is wonderful:  it shows that he was true to his Muse (another bordering-on-the-obsolete word that de la Mare was wont to use).

But please do not get the idea that de la Mare was living in an antiquarian dreamworld.  He was well-acquainted with the realities of the past century. To cite one instance:  he lost his friend Edward Thomas in the First World War.  Of the many elegies written for Thomas, de la Mare's "To E. T.: 1917" (which has appeared here previously) is (for me at least) the most moving   -- and the one which best captures the essence of Thomas.

De la Mare's poetry does not receive the attention it deserves, which is unfortunate.  His final volume of poems appeared in 1953, when he was in his eightieth year.  And he was still writing fine poems.

The longed-for summer goes;
Dwindles away
To its last rose,
Its narrowest day.

No heaven-sweet air but must die;
Softlier float,
Breathe lingeringly
Its final note.

Oh, what dull truths to tell!
Now is the all-sufficing all
Wherein to love the lovely well,
Whate'er befall.

"Whate'er" is also a word that one would not expect to come across in mid-20th century English or American poetry.  A great loss, I would say. 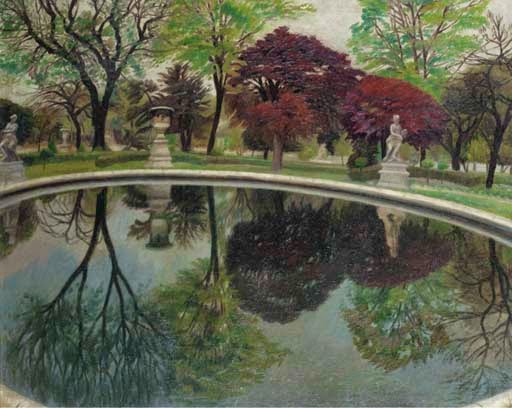 If a poet is writing well in their seventies or eighties, we may be able to learn a thing or two from them about life.

Only the Blessed of Lethe's dews
May stoop to drink.  And yet,
Were their Elysium mine to lose,
Could I -- without repining -- choose
Life's sorrows to forget?

A wise question, that.

I am reminded of a poem from The Greek Anthology that I posted here earlier this year.

This stone, beloved Sabinus, on thy grave
Memorial small of our great love shall be.
I still shall seek thee lost; from Lethe's wave
Oh! drink not thou forgetfulness -- of me. 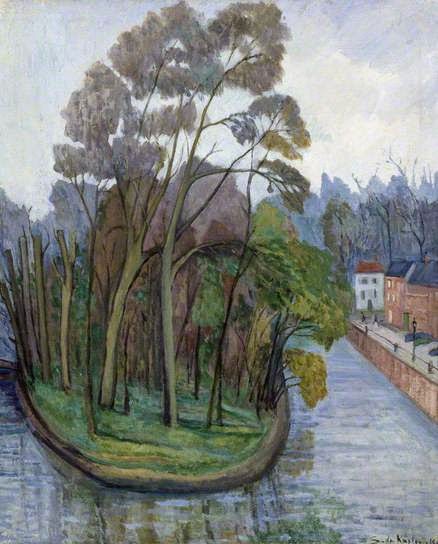 This is the last poem in de la Mare's final volume.

Apart, thank Heaven, from all to do
To keep alive the long day through;
To imagine; think; watch; listen to;
There still remains -- the heart to bless,
Exquisite pregnant Idleness.

Why, we might let all else go by
To seek its Essence till we die . . .

Hark, now! that Owl, a-snoring in his tree,
Till it grow dark enough for him to see.

The meditation on "Idleness" is marvelous.  But then comes the last couplet, which carries the poem off into another realm entirely.  The lines embody the underlying current of mystery (in an unworldly, supernatural sense) that has often been commented upon in de la Mare's work.  This is a quality that de la Mare shares with Thomas Hardy, who he knew and admired.

"Till it grow dark enough for him to see":  what a lovely way to close a poetic career! 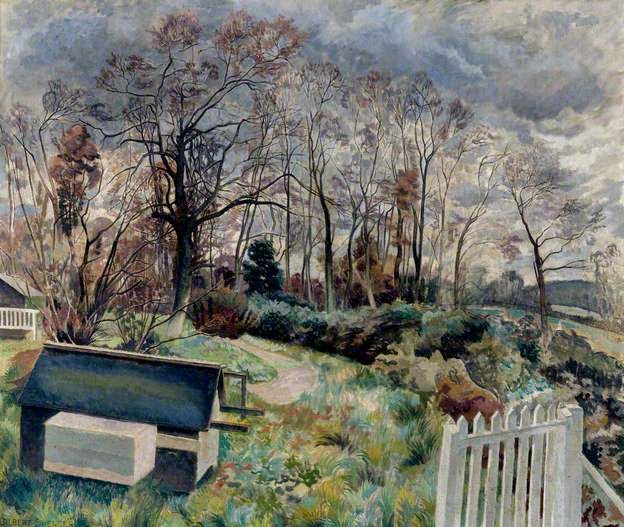 Thank you - lovely stuff. I never tire of de la Mare. "Narrowest day" is also lovely, isn't it? The lengthening and shortening of days is such an interesting background to what we do, in these latitudes. To those in the tropics, it is meaningless. To those much closer to the poles, it becomes foreground. We, and de la Mare, get the subtleties, I think....

Thanks for posting poems by de la Mare. I know too little about him and have read too little of his work.

Sam Vega: as always, thank you for visiting, and for your thoughts.

I agree with you about "narrowest day." I lived for two years in the tropics: the close-to-12-hour days throughout the year became disconcerting after a while (along with the relative sameness of the seasons -- apart from the regular monsoon periods).

The lengthening and shortening days (together with the changing angles of light throughout they year) do serve, as you say, as "an interesting background" for our lives -- they certainly generate emotions.

Fred: I'm pleased you liked the poems. De la Mare's poetry is worth exploring. I myself have failed to look into his fiction: his short stories are supposed to be very good, but I have not yet gotten around to reading them.

It's always good to hear from you. Thank you for stopping by.

Strange it is, baffling, why most of those who dabble with poetry, think of Walter de la Mare as a "dreamy" poet, one enigmatically mystic--this view prompted, probably, by the dabblers judging the poet by his oft-anthologized "The Listeners." Except for a few deep-drinkers of poetry such as you and few others Walter de la Mare is hardly read these days, and, as you intimate, it's shame because he's a man with something to say. He's no dreamy, half-baked poet of mourning maids at twilight. His little-know poem (posted below) is a strict physic against excessive romanticism and illusory sentimentality. The beginning of the poem and its end remind us all of our insignificance in the cosmic scale of things--but wise men, such as Walter de la Mare, find accepting this fate liberates one. In the end, inexorable time seeing to it, we all lay unmourned--still, the rain is gone, the sun shines, and the flowers bedizen living eyes with color.

There is no sorrow
Time heals never;
No loss, betrayal,
Beyond repair.
Balm for the soul, then,
Though grave shall sever
Lover from loved
And all they share.
See the sweet sun shines
The shower is over;
Flowers preen their beauty,
The day how fair!
Brood not too closely
On love, on duty;
Friends long forgotten
May wait you where
Life with death
Brings all to an issue;
None will long mourn for you,
Pray for you, miss you,
Your place left vacant,
You not there.”

Fred: thanks for the follow-up comment. I have had two volumes of de la Mare's collected short stories sitting on my shelf for years: it is time to get them down! One of those things I'm always getting around to doing . . .

Anonymous: thank you very much for your thoughts on de la Mare's poetry. Yes, I think the popularity of "The Listeners" (which is, by the way, fine in its own way) did a disservice to de la Mare's poetry as a whole: he was pegged with that dreamy, twilit, quasi-supernatural caricature you speak of.

And thank you for sharing "Away": it is one of my favorites by him, and one that I always return to when I revisit his poetry. As you note, he does indeed have something to say, but in a quiet manner -- quiet, but very wise.

He needs to be kept alive.