"The Way Leads On"

The notion of life as a journey is an ancient and beguiling one.  It has led to truisms such as "life is a journey, not a destination."  But, as I recently noted, truisms tend to be true.  It is all in how the thing is said, isn't it?

Friend, I have lost the way.
The way leads on.
Is there another way?
The way is one.
I must retrace the track.
It's lost and gone.
Back, I must travel back!
None goes there, none.
Then I'll make here my place,
(The road runs on),
Stand still and set my face,
(The road leaps on),
Stay here, for ever stay.
None stays here, none.
I cannot find the way.
The way leads on.
Oh places I have passed!
That journey's done.
And what will come at last?
The road leads on.

Muir's life was something of an archetypal journey:  a movement from the seemingly timeless farms and sea of the Orkney Islands into the dispiriting heart of the 20th century -- first Glasgow, then lengthy stays in pre-Second World War Germany, Austria, and Czechoslovakia and in post-War Eastern Europe.  It is no wonder that his poetry is marked by recurrent images of journeys and exiles:  literal and figurative, external and internal, with an underlying sense of the irremediable loss of something that cannot be quite articulated.

"Time wakens a longing more poignant than all the longings caused by the division of lovers in space, for there is no road back into its country.  Our bodies were not made for that journey; only the imagination can venture upon it; and the setting out, the road, and the arrival:  all is imagination." 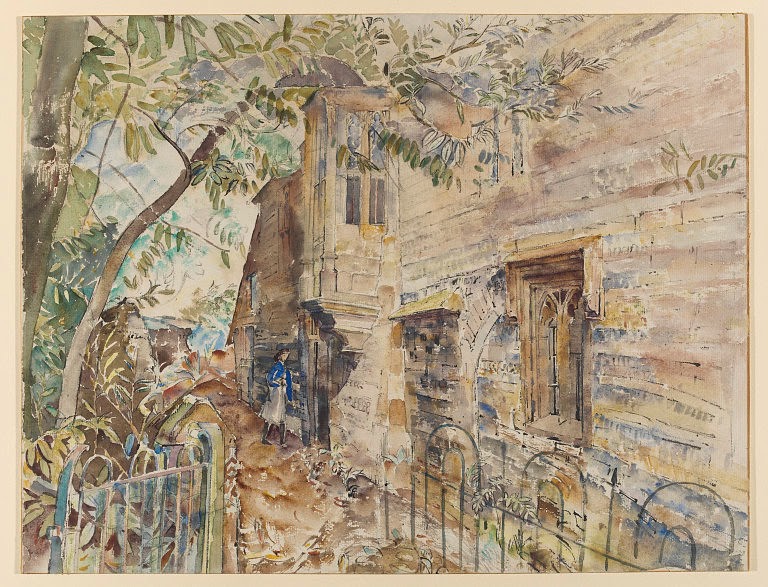 From Christina Rossetti, here is another approach to the matter.  The poem has appeared here before, but it is worth a return visit.

Does the road wind up-hill all the way?
Yes, to the very end.
Will the day's journey take the whole long day?
From morn to night, my friend.

But is there for the night a resting-place?
A roof for when the slow dark hours begin.
May not the darkness hide it from my face?
You cannot miss that inn.

Shall I meet other wayfarers at night?
Those who have gone before.
Then must I knock, or call when just in sight?
They will not keep you standing at that door.

Shall I find comfort, travel-sore and weak?
Of labour you shall find the sum.
Will there be beds for me and all who seek?
Yea, beds for all who come. 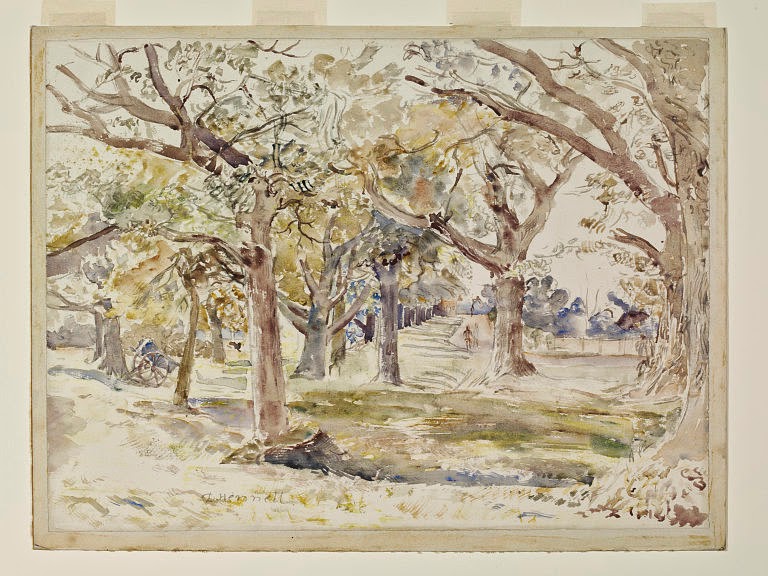 Of course, our journey may be undertaken while staying in one place.

Will you, sometime, who have sought so long and seek
Still in the slowly darkening hunting ground,
Catch sight some ordinary month or week
Of that strange quarry you scarcely thought you sought --
Yourself, the gatherer gathered, the finder found,
The buyer, who would buy all, in bounty bought --
And perch in pride on the princely hand, at home,
And there, the long hunt over, rest and roam?

We shall not cease from exploration
And the end of all our exploring
Will be to arrive where we started
And know the place for the first time. 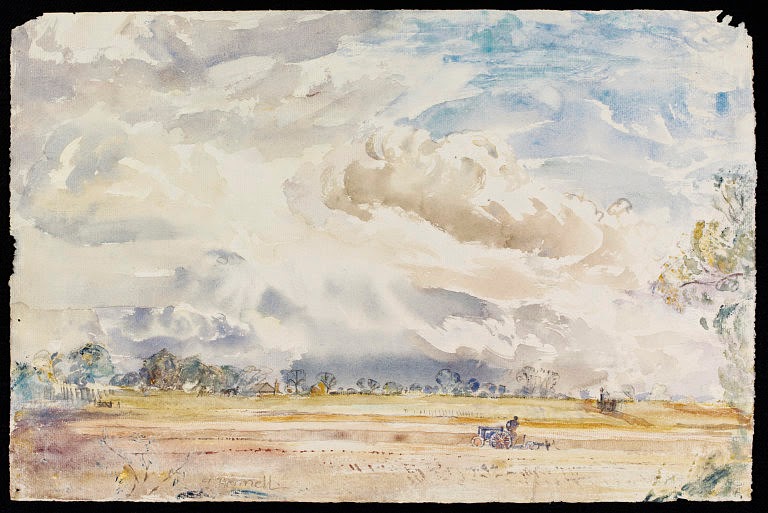 But, John, have you seen the world, said he,
Trains and tramcars and sixty-seaters,
Cities in lands across the sea --
Giotto's tower and the dome of St. Peter's?

No, but I've seen the arc of the earth,
From the Birsay shore, like the edge of a planet,
And the lifeboat plunge through the Pentland Firth
To a cosmic tide with the men that man it. 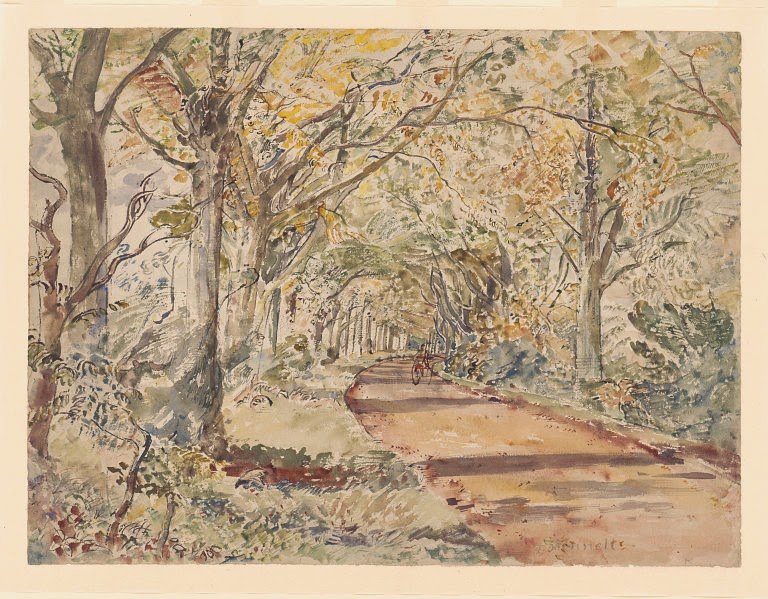 I love that Robert Rendall poem - and I'm not at all familiar with his work, so thank you. Do you know Edwin Muir's poems 'The Horses' and 'Merlin'? Two of my favourites.

Mr Pentz, one of life's coincidences, or a random moment making it seem so. Just yesterday morning I was looking along the bookshelves containing my volumes of poetry when my eye lit upon the Collected Poems of Edwin Muir. I took it down, thinking how long it had been since I'd looked inside. I sat at the table, opened the cover and it fell open at his poem " The Fall", with the wonderful opening line,
" What shape had I before the Fall?
What hills and rivers did I seek?

I read on, captivated by the words, determined at the end to read no more, but to savour the verses I'd read. However as I was about to close the volume my eye fell upon another poem; Merlin, two pages further on. I had to read, it being one of my favourite Muir poems, more wonderful and memeorable lines;

Will there ever be a singer
whose music will smooth away
The furrow drawn by Adam's finger
Across the meadow and the wave?

His Autobiography is a powerful piece of writing which I read many years ago and should like to re-read.

Thank you for the poem by Robert Rendall, a poet and poem entirely new to me

Ms Aykroyd: thank you very much for visiting again -- it's good to hear from you.

Rendall's poem is wonderful, isn't it? But I'm afraid I cannot take the credit for finding it: we both owe thanks to Philip Larkin, who found it and included it in his Oxford Book of Twentieth-Century English Verse, which is where I discovered it. Larkin had a knack for finding these gems.

I am familiar with "The Horses" (lovely) but had not read "Merlin" (which, coincidentally, Mr Ashton mentions above as well) -- thank you for bringing it to my attention: it wonderfully encapsulates Muir's mythic subject matter, doesn't it?

Mr Ashton: that is a marvelous coincidence, isn't it? I hadn't returned to his poetry for quite some time as well, when I suddenly had the urge to revisit it last week. Thank you for the references to "The Fall" and "Merlin" (which, as you'll note above, Ms Aykroyd mentions as well). Both of them are very characteristic of Muir aren't they?

I'm pleased you liked the poem by Rendall. As I noted above in my reply to Ms Aykroyd, we all have Philip Larkin to thank for it.