"All Night I Sat Reading A Book"

As autumn moves to a close, another visit to Wallace Stevens is in order.  But first, a brief interlude with Robert Frost.  Stevens and Frost were acquaintances -- they met in Key West in the 1930s during one of Stevens's winter vacations in Florida.  Their relationship was not a close one, but the very thought of those two prickly characters spending time together is amusing.

After a meeting with Frost in October of 1942, Stevens wrote to Frost:

"My wife and I both enjoyed seeing you again today, and both of us hope that some time when you are in Hartford, or thereabouts, you will come out to see us at home:  spring, summer or autumn, but not winter.  We can only show you seed catalogues in winter.  How nice it would be to sit in the garden and imagine that we were living in a world in which everything was as it ought to be."

Holly Stevens (editor), Letters of Wallace Stevens (1966), pages 422-423.  What a lovely final sentence!  It sounds as if it could slip right into a poem.  I wonder what Frost thought of it.

All night I sat reading a book,
Sat reading as if in a book
Of sombre pages.

It was autumn and falling stars
Covered the shrivelled forms
Crouched in the moonlight.

No lamp was burning as I read,
A voice was mumbling, "Everything
Falls back to coldness,

Even the musky muscadines,
The melons, the vermilion pears
Of the leafless garden."

The sombre pages bore no print
Except the trace of burning stars
In the frosty heaven.

As is often the case, I don't know exactly what Stevens is getting at.  But, whatever it is, it sounds beautiful.  Perhaps a clue may be found in something that Stevens wrote in a letter in 1949:

"Often when I am writing poetry I have in mind an image of reading a page of a large book:  I mean the large page of a book.  What I read is what I like." 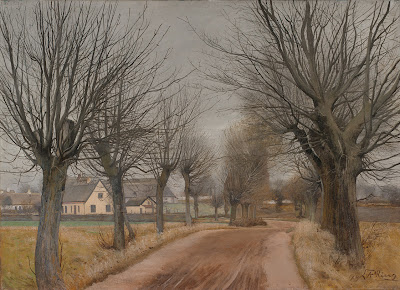