"The Fallow Deer At The Lonely House"

The fallow deer in Edward Thomas's "Out in the Dark" bring to mind a poem by Thomas Hardy.  Hardy was familiar with Thomas's poetry:  as I mentioned in a previous post, Edmund Blunden's biographer states that "on Hardy's death in 1928 his widow presented Edmund with Hardy's treasured copy of Edward Thomas's Poems as a memento of [Blunden's] visits [to Hardy]."  Barry Webb, Edmund Blunden: A Biography (1990), page 135.  In The Annotated Collected Poems, Edna Longley suggests that "Out in the Dark" "probably influenced Hardy's 'The Fallow Deer at the Lonely House.'"

The Fallow Deer at the Lonely House 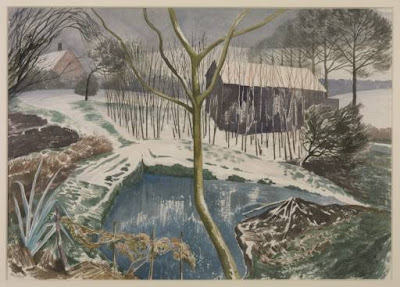 Fallow deer also make an appearance in a poem by John Drinkwater (1882-1937), who was a contemporary of Thomas and Hardy.

Shy in their herding dwell the fallow deer.
They are spirits of wild sense.  Nobody near
Comes upon their pastures.  There a life they live,
Of sufficient beauty, phantom, fugitive,
Treading as in jungles free leopards do,
Printless as evelight, instant as dew.
The great kine are patient, and home-coming sheep
Know our bidding.  The fallow deer keep
Delicate and far their counsels wild,
Never to be folded reconciled
To the spoiling hand as the poor flocks are;
Lightfoot, and swift, and unfamiliar,
These you may not hinder, unconfined
Beautiful flocks of the mind. 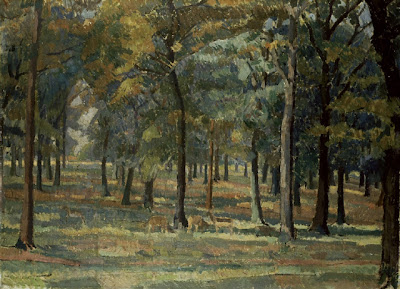