I am in the midst of a bout of nostalgia brought on by Christmas music, a viewing of the movie "White Christmas" (with Bing Crosby and Danny Kaye), and the news of a blizzard in my Minnesota birthplace.  Thus, for instance, a line from the song "River" by Joni Mitchell keeps popping into my head:  "I wish I had a river I could skate away on."  (Despite the fact that I have never skated on a river.)

The following poem by Clifford Dyment (1914-1971) came to mind as well -- even though, as an American, the recitation of English and European cars escapes me.  Nonetheless, I am in complete sympathy with the final two lines of the poem.

As a boy with a richness of needs I wandered
In car parks and streets, epicure of Lagondas,
Minervas, Invictas, and Hispano Suizas;
And I sampled as roughage and amusing sauce
Little Rovers and Rileys, and the occasional funny
Trojan with chain drive, and the Morris Cowleys
With their modest bonnets, sedate Fiat
Of the nineteen-twenties, and the Alvis, middle-brow
Between the raffish sports car and the family bus.
I was tempted by aircraft, too, sniffing
Over The Aeroplane and Flight -- those kites,
They seem today, knocked up in a backyard
By young and oily artists who painted with rivets:
Westland Wapiti, Bristol Bulldog, and the great
De Havilland Hercules, invading the desert
And pulsing within its sleep like a troubling nerve;
And surely, I think, as I remember those feasts,
They were days of excitement and lavish surprise?
Where is the tantalizing richness and hazard
Of assertive styling, of crazy rigs,
Now that a car is unremarkably one of a million,
And an aeroplane is a tubular schedule?  I wander
Still in the car parks, but now uneasily,
Thinking that engineering is a sort of evolution --
Out of the fittest come the many merely fit;
And I wonder if I am wrong, or the world, whose aspect
Is nowhere strange, but is nowhere home. 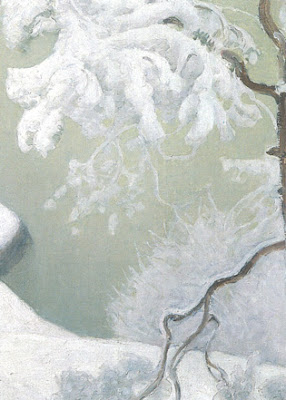 I have the highest respect for your birthplace because your colleagues there elected my favorite senator.

I write about an era when a child was happy to get an orange for Christmas, so my favorite song in "White Christmas" is "Counting Your Blessings."

Thank you for visiting again, Shelley. I make it a practice not to comment on politics, but, if you are talking about Hubert Humphrey, I understand what you are saying. As for anyone after that . . . no comment.

Yes, "White Christmas" does have many good songs, doesn't it?