My previous post included a rant about busybodies.  I always regret these outbursts.  True, busybodies are both noisy and noisome:  politics and "activism" since the 1960s have been one big self-help project calculated to make the participants feel better about themselves.  To wit:  "Look at me! Aren't I progressive, intelligent, tolerant, open-minded, and caring?" Reply:  "Uh, actually, no."

However, we should remember that the ultimate impact of busybodies upon what is really important in humanity is always negligible.  This is the fate of all those who presume to meddle with Human Nature, isn't it?

Thomas Hardy may help to put things in perspective. 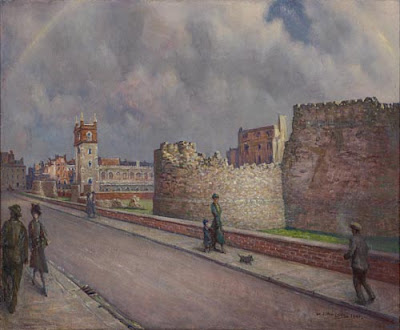 I traversed a dominion
Whose spokesmen spake out strong
Their purpose and opinion
Through pulpit, press, and song.
I scarce had means to note there
A large-eyed few, and dumb,
Who thought not as those thought there
That stirred the heat and hum.

When, grown a Shade, beholding
That land in lifetime trode,
To learn if its unfolding
Fulfilled its clamoured code,
I saw, in web unbroken,
Its history outwrought
Not as the loud had spoken,
But as the mute had thought.

Of course, Hardy does not hold a monopoly on the ability to help us put things in perspective.  For instance, the Chinese poets of the T'ang Dynasty and the Japanese haiku poets of the 17th and 18th centuries tell us the same thing:  "Get over yourself." 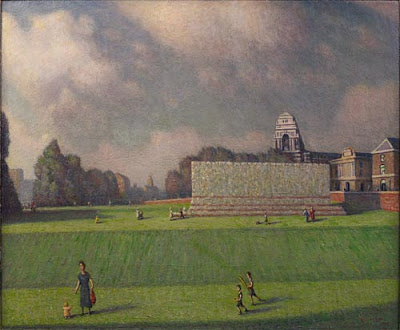 I haven't read a biography of Hardy, though I'd like to.
I will guess though that he did not pontificate his opinions while balancing atop a platform and pounding a gavel. I know when someone is talking to me usually about politics, and their face begins to pinken and their voice expands its time for me to fly.
To the quiet of a museum filled with the paintings here that always take my breath away.
julie

Julie: you are exactly right about Hardy. Although his romantic entanglements were, well, entangled, he is usually described by all who met him as reserved (but not in a stuffy way), sensitive, and kind. Definitely not a "busybody"! But his poems show that he did not miss a thing, don't they? He didn't presume to tell us what to do. He only wanted us to see.

Your advice about flying away is excellent.