"Well, Well! All's Past Amend, Unchangeable. It Must Go."

One hundred years ago this month Thomas Hardy began writing the sequence of poems that he would later publish under the title "Poems of 1912-13."  The poems were prompted by the death of Hardy's wife Emma on November 27, 1912.

The two of them had been emotionally estranged for some time.  Where the fault lies, who can say?  What we do know is that her death provoked in Hardy, in addition to grief,  a sense of regret and self-recrimination that is movingly expressed in "Poems of 1912-13," as well as in dozens of other poems that Hardy wrote until his death in 1928.

The first poem in the sequence is "The Going."  Hardy includes a postscript to the poem dating it "December 1912."  I first read "The Going" when I was too young to know what grief and regret are.  Still, its final stanza (which appears below) left me speechless -- and made me realize that Hardy was a poet who would stay with me throughout my life. 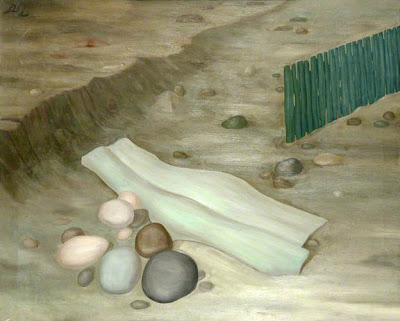 Well, well!  All's past amend,
Unchangeable.  It must go.
I seem but a dead man held on end
To sink down soon. . . . O you could not know
That such swift fleeing
No soul foreseeing --
Not even I -- would undo me so!

Of course, one response to "The Going" and the other poems about Emma might be:  "Perhaps you would not have suffered such regret and self-recrimination if you had treated her properly while she was still alive!" "Too little, too late," or something like that.  I think not.  I find it presumptuous to act as a Regret Policeman for others.  I do know this:  on the evidence of the poems, Hardy was stricken to the core.  I am willing to take him on his word. 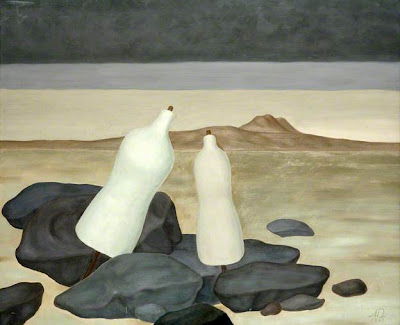 You did not walk with me
Of late to the hill-top tree
By the gated ways,
As in earlier days;
You were weak and lame,
So you never came,
And I went alone, and I did not mind,
Not thinking of you as left behind.

I walked up there to-day
Just in the former way;
Surveyed around
The familiar ground
By myself again:
What difference, then?
Only that underlying sense
Of the look of a room on returning thence. 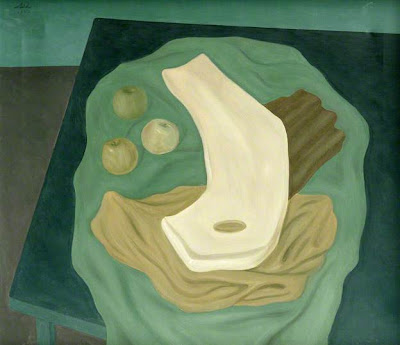 Yes, the poems that Hardy wrote in response to the death of his first wife Emma, are among his finest and most affecting. The finality of loss expressed in the last stanza of The Going makes the poem almost too poignant to be read out loud.

I love to visit your blog and enjoy the wonderful combinations of poetry and images. Your posts always spark off memories of other poems or ideas of my own. Sometimes, as today, the poems that you place before us are difficult and challenge us to look inwards but whatever I find I am grateful for because you have enriched my reading and understanding of poetry. With all best wishes for 2013.

Alex: that is an excellent way of describing the impact of the last stanza. Your description captures the emotional impact of Hardy's words perfectly.

Thank you very much. I always appreciate hearing from you. Happy New Year.

alice c: thank you very much for the kind words. I am very fortunate to attract readers such as you. I am always gratified when the poems and/or the images happen to strike a chord with others.

Thank you for your visits and comments this year, and I hope to hear from you in the next year. Happy New Year.

Squirrel: thank you very much. A Happy New Year to you as well. I look forward to hearing from you next year.

Thank you very much for this particular post. I finished reading Hardy’s poems this year though, as a non-native speaker, I cannot claim to have understood more than a small fragment. But I longed to do so since I discovered Gerald Finzi’s Hardy settings. And I was impressed by the fact that Andrew Young used to read the complete Hardy poems once a year!

I was aware of the fact that the death of Hardy’s first wife Emma unleashed his poetic energy. It is moving to read the many different poems in which he tried to come to terms with his feelings.
Now I learned that Emma died the same day as my mother, on November 27. I was ten, too young to handle such a loss. But later I learned to express myself in music. Some of my songs are dedicated to her memory. You cannot undo death, as Hardy showed us. But you can contrast death with memory. And in that Hardy excelled.

A happy New Year to you, Stephen!

Mathias: as always, thank you very much for your thoughtful comments.

I envy you having completed Hardy's poems! It is something that I hope to accomplish some day. I too am impressed that Young read the poems every year (I wasn't aware of that) -- that is quite a feat.

Emma's death did reverberate through all of Hardy's subsequent poetry, didn't it? Your anecdote about writing songs in dedication to your mother's memory, and the relationship between death and memory, is lovely.

Happy New Year to you as well! I look forward to hearing from you in the coming year.