As I recently mentioned, Saul Bellow's Letters (Viking 2010) have just been published.  While browsing through them, I came across this in a brief letter written by Bellow on April 11, 1970:  "As for Life -- even at best one feels deprived of something."

A day or so later, I was idly thumbing through Boswell's Journal of a Tour to the Hebrides and happened upon this:  "Mr. Johnson observed that it seemed certain that happiness could not be found in this life, because so many had tried to find it in such a variety of ways, and had not found it." 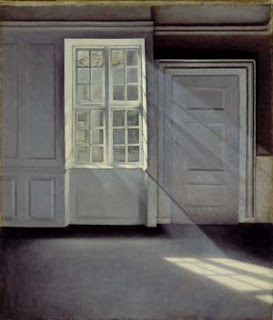 On the other hand, Ludwig Wittgenstein -- who one might expect to have a sceptical view of the prospect of happiness in life -- offers us hope (albeit in his usual enigmatic fashion):

"The way to solve the problem you see in life is to live in a way that will make what is problematic disappear.

Wittgenstein said something similar (and equally enigmatic) in Proposition 6.521 of his Tractatus Logico-Philosophicus:

(Is not this the reason why those who have found after a long period of doubt that the sense of life became clear to them have then been unable to say what constituted that sense?)"

(I have long felt -- and I am certainly not the first to make this observation -- that Wittgenstein was a Buddhist or a Taoist without knowing it.  It is remarkable how many of his gnomic, aphoristic statements echo Chinese and Japanese Buddhist and Taoist writings, both philosophical and poetic.  When I read him I often feel that I have stumbled into something written by, for instance, Lao-Tzu, Han Shan, Wang Wei, Saigyo, or Ryokan.) 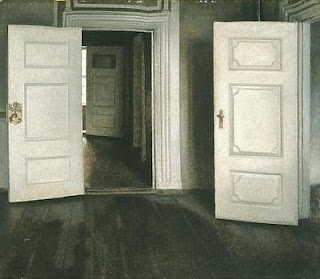 i think part of the oddity of LW's work lies in his "zen"-like suspicion of language, civilization, thought, and his ability to think and write, his grounding in one of the most developed cultures in human history (Vienna, late 19th C). It's a peculiar tension. Take away the desire to do away with thought & the obfuscations of self, and you would have a far less driven, and i guess far less interesting, thinker. Take away the intellectual power, the deep rooting in European culture, and he would just be someone who felt ill at ease in the human world. There is a peculiar instinct for deep simplicity amidst his complexity, a sense that if one could be simple, all would be well. But perhaps he could only achieve transient simplicity, in moments of unusual intensity.

Thank you for dropping by again, elberry -- it is always nice to hear from you.

Your comment about LW's Vienna background is an excellent one. I think that one of the most valuable books ever written about LW is 'Wittgenstein's Vienna' by Allan Janik and Stephen Toulmin. (Which I am certain that you are familiar with.) The Vienna of that era has always fascinated me, and, as you say, the impact of that culture on LW was critical.

And I love your comment about his 'instinct for deep simplicity' -- hence the sojourns in Norway and Ireland and the bare rooms in Cambridge. Not to mention LW coming across a bookshop where the only book in stock (according to LW) was the 'Gospel in Brief' by Tolstoy!

Thank you again, elberry: your comments are always thought-provoking.