I fear that the recent spate of seasonally-themed posts may have turned this blog into a Farmer's Almanac of sorts -- without the prescient weather predictions.  But the temptation in this, my favorite season, is too great and I am too weak.  And thus . . .

If you prefer a seasonal variation on Stevens's refrains, you may wish to consider the final stanza of Philip Larkin's "The Trees": 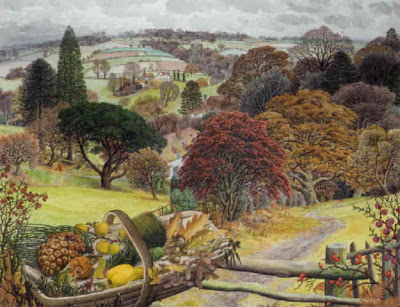 If you can't do whatever you want with your blog, what is the point of having one.

As always, thank you for visiting and commenting, zmkc. Your point is well taken!