When it comes to politics, I try to keep my mouth shut.  I will simply say that, although I am an American, I trace my political principles (such as they are) back to Edmund Burke.  Samuel Johnson said of Burke:

James Boswell, Life of Samuel Johnson (conversation between Johnson and Boswell on May 15, 1784).  Johnson was not usually given to such praise.  He seems to have had a great fondness for Burke.  (They did disagree about the unruly American colonies, however.)

As for contemporary politicians (including all current presidents, prime ministers, premiers, and potentates), the following poem by W. R. Rodgers suffices: 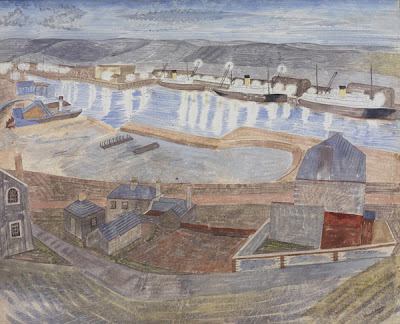 Tunisia is free of Humbug for the moment, but we'll see... “the beggars have changed places, but the lash goes on” etc.

I hadn't seen the Rogers poem before, I like its tone.

Hah, superb poem! Humbug stomps freely around the British Isles on a regular basis. Do watch out for him if you make it over here this year. (Of course he takes on a different flavour depending on which County you visit) ;)

pomposa: thank you very much for dropping in again. I'm pleased that you like the poem.

We can hope for the best, but. . . To borrow from Yeats's successor, Pete Townshend: "Meet the new boss, same as the old boss."

As ever, thank you.

Murgatroyd: it is always a pleasure to have you visit.

As for Humbug (a fine word, which deserves greater use): after graduating from my utopian political phase (about 3 decades or so ago), I am afraid that Humbug's appearance no longer surprises me. (Although his ever-changing guises are entertaining.)