The funereal theme of Laurence Whistler's "A Form of Epitaph" put me in mind of a poem by Christina Rossetti.  As I have suggested previously, there is a melancholy cast to Rossetti's poetry.  She is ever aware of mortality (which is not a bad thing in my book).  The following poem is a marvel of  music, with its repetitions (it is a roundel) and its internal rhymes.

Christina Rossetti, New Poems, Hitherto Unpublished or Uncollected (edited by William Michael Rossetti) (1896).  "Sleeping at Last" was published after Rossetti's death.  There are contending views as to whether it was the final poem written by her.  The other candidate is "Heaven Overarches." 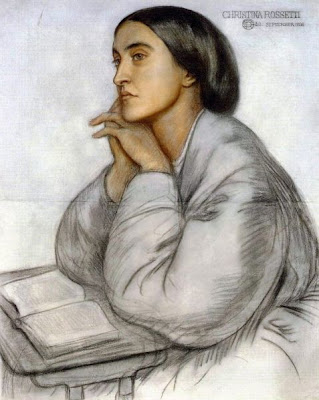