I recently came across a lovely poem by Sheila Wingfield (1906-1992), whose poetry I had not encountered previously.  The poem brought to mind two other poems that go together well with it.  (I have previously posted those two poems, but I think it is worthwhile to see all of the poems together.)  The theme is Vanished Love -- although, having said that, I notice that I am violating one of my cardinal rules:  "Do not attempt to paraphrase or summarize a poem."  In any event, here are the poems.

The tree still bends over the lake,
And I try to recall our love,
Our love which had a thousand leaves. 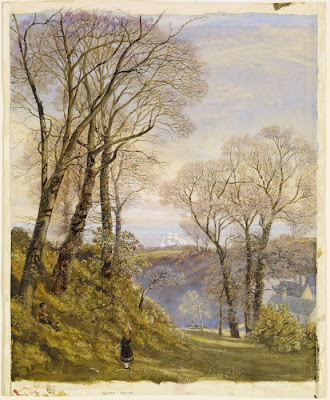 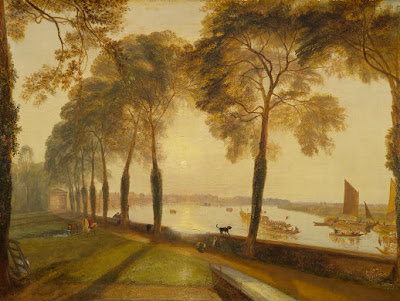 I'm not sure why but these three poems remind me of Camus' Stranger awakening to the "tender indifference of the universe."

Mr P: three superb variant encapsulations on a theme. I envy you your range of reference - and your library. Do please continue to dig out the obscure and forgotten.

As always, thank you for the comment, From My Easy Chair. I love the tie-in to Camus!

PAL: I'm pleased that you appreciated the linking of the poems. Aging takes away some things ('why did I come into this room?'), but -- so far at least -- the poetry seems to hang around, and sometimes the products of desultory reading rise unaccountably to the surface.

As ever, thank you for stopping in, and for the kind words.

The FT Prince poem is beautiful. Is that the full poem or only a section of it? If there is more, could you please post it sometime?
I first saw this poem spray painted on a wall near the University of Cape Town. After Googling it I found your page and I'd really love to read the rest of it if there is any.
Thanks!

Phemar: thank you very much for visiting and commenting. So you saw the poem spray-painted on a wall! I am envious. There may yet be hope for the world.

To answer your question: that is the entire poem.

Thanks Stephen! At first I thought it was just song lyrics (maybe a rap or something), but I'm happy because it led me to the works of FT Prince.
Any more of him you post would be greatly appreciated :D

Phemar: thank you for stopping by again. I'm pleased to have led you to the poetry of F. T. Prince. I'm sure that I'll post something by him in the future. Thanks again.

i have also seen f.t prince on the uct campus wall. i would like the translation of that poem. if there is a full poem id like a link if anyone has it. my email is moodleychesley@gmail.com. please help!!!!!

ches: thank you for visiting. The full poem (4 lines) appears in the post. The poem was originally written in English, so I am not sure what you mean by "translation." As to its meaning, I think that the poem speaks for itself, and I don't think that I could add anything to what Prince has written.