"The Sun, Of Whose Terrain We Creatures Are": Charles Madge

As I have noted before, when Philip Larkin compiled The Oxford Book of Twentieth-Century English Verse (1973), he had a knack for finding the best poems of lesser-known poets.  The following poem, which appears in the anthology, is by Charles Madge (1912-1996).  Madge was a "Thirties Poet," and his poems (as well as a prose piece related to his "Mass-Observation" project) appeared in Geoffrey Grigson's journal New Verse.

Madge's "Solar Creation" was published in 1937.  This is only speculation, but I wonder whether the poem was somewhere in the back of Larkin's mind when he wrote "Solar" in 1964.

These days, we usually see "peregrine" in tandem with "peregrine falcon," but it does stand on its own.  The OED defines the word as "a pilgrim; a traveller in a foreign country.  Also: an emigrant; an exile."  A side-note:  although it may not be immediately apparent, the poem is a sonnet with an unusual rhyme-scheme. 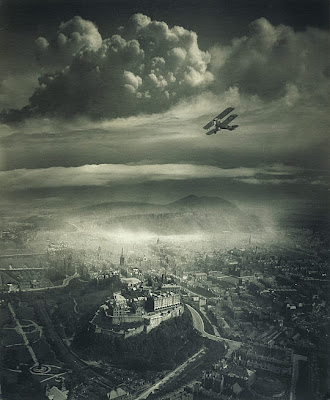