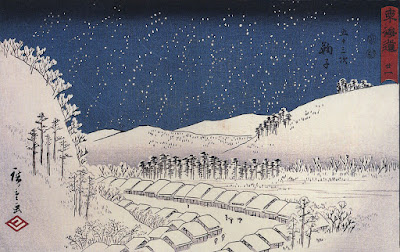 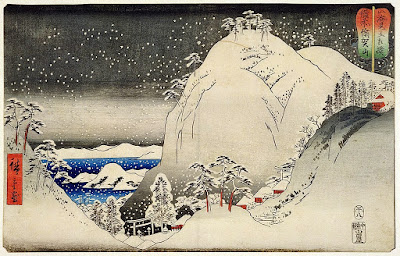 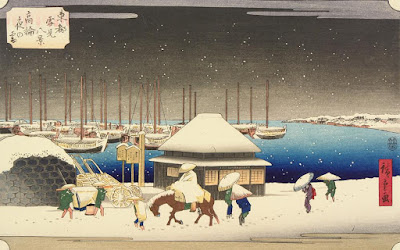 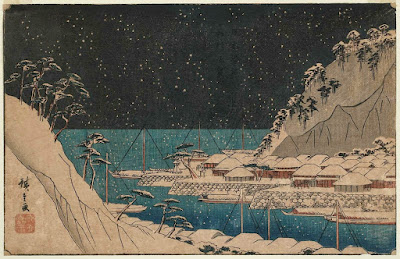 The Maeshowe poem is superb, isn't it? I particularly like the way Brown surrenders to the darkness and the death of the light.

"blackness is solid as a
stone that locks a tomb.
No star shines there."

No false hopes or mental projections about the light remaining despite the darkness. One must accept it completely if one wants to live in the real world.

The chambered cairn at Maeshowe is, incredibly, constructed so that the passageway is directly illuminated by the dying light on the shortest day of the winter solstice. These neolithic people knew what they were doing, and were prepared to make enormous efforts to mark something significant to them. Apparently, the sun only spends 6 hours and 10 minutes above the horizon at that latitude. John Donne, although he lived further south, got it about right, taking into account the light of the dawn and dusk skies:

"Tis the year's midnight, and it is the day's,
Lucy's, who scarce seven hours herself unmasks;"

Thank you for this lovely selection, and showing us again the common and fragile humanity which lies below the different cultural expressions.

Sam Vega: Thank you very much for those thoughts and insights on Brown's poem. I saw a TV documentary on Maeshowe some time ago, so I was aware of the window/opening in the wall/mound and the solstice-illuminated passageway. It still amazes me. A mysterious and moving thing.

Yes, they indeed "knew what they were doing," didn't they? In a prose introduction to his sequence "Brodgar Poems" (about the Ring of Brodgar), Brown writes: "People in AD 2000 are essentially the same as the stone-breakers and horizon-breakers of 3000 BC." I would agree with Brown with respect to the basic elements of human nature, but I do think certain types of wisdom and knowledge have disappeared. For ever? I don't know. But I certainly agree with your thought: there is a "common and fragile humanity which lies below the different cultural expressions." This is what Brown is getting at as well, I think.

Thank you for the reference to Donne's poem, which is new to me. It is nice to find another poem referencing St Lucy. I found the poem in The New Oxford Book of Seventeenth Century Verse, and have now read it: Donne's descriptions of darkness and light are wonderful. Although, as is his wont, he heads off in various unexpected directions.

As ever, thank you very much for visiting, and for your kind words. It is always a pleasure to hear from you. Merry Christmas and Happy New Year to you and your loved ones.

I greatly enjoyed the memory of your grandmother's chiming gold angels. It brought back the Christmas Eve, some fifty years ago now, when my part-Swedish mother took a lighted set to a neighbor's door as a gift.

Esther: Thank you for sharing that lovely memory. I think the chiming angels evoke fond memories for many of us. It's wonderful how these seemingly small things stay with us over the years. But they are not small at all, are they?

I wish you Merry Christmas and "yoi otoshi o" as well. (One of my nephews is living in Japan now, so you have reminded me that I need to brush up on my Japanese.) I look forward to hearing from you in the coming year.

Stephen,
I finished rereading George Mackay Brown’s Beside The Ocean of Time at the weekend, a favourite novel of mine, closing the book I resolved to take his Collected Poems down from my bookshelves, which I haven’t opened in a while, and today your post provides an additional prompt for me to do so.

Yesterday morning we had a very heavy frost. I took a walk to some nearby woods along a path where the cold fog almost hid two horses in a pasture. I could see the smoke of their breath on the cold morning air. In the woods, leaves and twigs were held in the same frosty stillness, bright sunlight glanced off frozen puddles.

When I walked through these same woods later in the afternoon the sun was setting and the sky a deep red. The frost had gone the ground was muddy underfoot, wet leaves glistened. Through the trees bordering the road I glimpsed houses lit with Christmas lights and decorated trees in front windows. Seeing this from the darkness of the wood was a comforting sight, evoking some of my own childhood Christmas memories.

These lines are lovely:
“In December the lamp's a jewel,
The hearth ingots and incense.
A cold star travels across the pane.”

The image of your grandmother lighting the candles and the gold chiming angels is beautiful.

One of the great pleasures of visiting your blog is the discovery of new treasures, the rediscovery of old ones and reminders to revisit writers neglected for too long. May I wish you a happy Christmas and peaceful and joyful New Year.

And the fifth verse of Gospel According to St. John is usually translated "The light shines in the darkness, and the darkness has not overcome it."

Anyway, thank you for the poems, and I hope that you will have a Merry Christmas,.

John: Thank you for the lovely descriptions of your walks: a welcome reminder that we always need to remain attentive and receptive, which the business of day-to-day living sometimes makes difficult. But, as you have said here before, we don't have to look far to find these wonders: they are right there in front of us, if we take the time to look. Poets like George Mackay Brown remind me of this, and I am always in need of reminding.

I greatly appreciate your thoughts about the blog: thank you very much. In fact, it merely records my own simple travels amidst new treasures and old treasures. Moreover, your comments over the years (and the comments of other readers) have served the same function for me: sending me back to old treasures, and introducing me to new ones. The journey is the same for all of us. For that I am grateful.

Merry Christmas, and best wishes for the New Year, to you and your loved ones.

George: That is a beautiful verse, and fits perfectly with Brown's poems. Thank you very much for sharing it.

As always, thank you for stopping by. I look forward to hearing from you in the coming year. Merry Christmas and a Happy New Year to you as well.