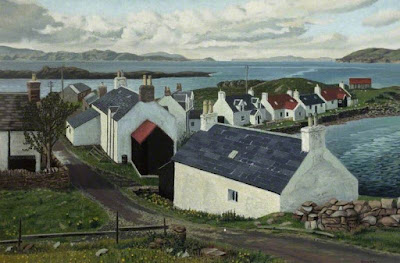 I can well understand that unsettled mood that comes and then goes for no apparent reason, reason being the least of it. And the poem is just right for those times. Thank you for posting it.
My husband passed away early this year and this poem speaks deeply to me. Poetry fits when nothing else does.
Mary

Mr. Pentz, I have had similar experiences with a poem: "Stopping by woods on a snowy evening" by Robert Frost. There is for me a special comfort in that poem. I also enjoy similar comfortable moments when I visit your blog. Thank you for the poetic offerings, musings, and artwork.

What a beautiful poem Stephen. An entire Universe in just a few lines. Wonderful. Thank you so much. Denise

Mary: I'm so sorry to hear that news. Words are inadequate at times like these, but I wish you solace and peace in a difficult time. If this poem has helped you in some small way, I am gratified. I agree with you completely: "Poetry fits when nothing else does."

Tim: Thank you very much for your kind words about the blog, which I greatly appreciate.

It's wonderful how all of us (at least, those of us who like poetry) have certain poems that, as you say, provide us with "a special comfort." "Stopping by Woods on a Snowy Evening" is a fine poem to have as a touchstone. (But Frost has a number of candidates, doesn't he? "Desert Places" and "Neither Out Far Nor In Deep" come to mind for me, although neither of them holds a great deal of "comfort," I'm afraid!)

As ever, it is good to hear from you. Thank you for stopping by again.

Denise: You're welcome. I'm pleased you like the poem. I've grown very fond of it over the years. I count myself fortunate to have stumbled across the book (which I had no inkling of), and to have found within it such a lovely gift. You are exactly right: "An entire Universe in just a few lines." You never know when, and how, a poem will make its way into your life. Which is why we keep reading.

Last week I read a poem by W.S. Merwin entitled “Cold Spring Morning” from The Shadow of Sirius, a compilation of Merwin’s poetry. I was also in a wistful mood, wondering when the cold would end. The amount of daylight tells us that spring is here, but it was still cold last week. Keep posting, Mr. Pentz. I flee from the coarseness of this world by reading poetry.

Julia Augusta: Thank you for the reference to Merwin's poem, which is new to me. I found it on the internet: lovely. I particularly like the lines: "but the self has no age" and "I was not born here I come and go." As for "flee[ing] from the coarseness of this world by reading poetry": I understand the feeling. Another way of putting it might be: "I return to the beauty of this world by reading poetry."

Thank you very much for visiting, and for your kind words. I hope you'll return soon.