The World is reticent.  It keeps its own counsel.  And yet it is capable of communicating directly with us in an instant.  Perhaps I am being presumptuous, but I believe we have all experienced moments that have brought us, however briefly, close to the heart of the World.

These new songs that I sing
Were islands in the sea
That never missed a spring,
No, nor a century.

A starry voyager,
I to these islands come
Knowing not by what star
I am at last come home.

These moments of communication do not involve the use of words. Words are a merely human peculiarity -- a necessary and beautiful peculiarity.  How else could we survive our short space of time here? But the feeling of arriving at the heart of the World is, alas and amen (to borrow from Walter de la Mare), beyond words. 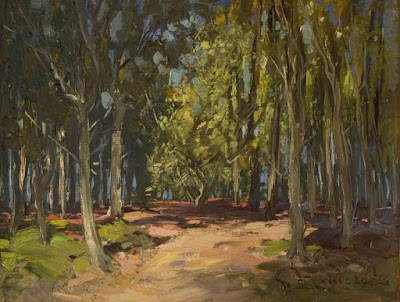 Still, poets do their best to capture these rare moments with the tools that are available to humans.  Failure is inevitable.  But that is no reason for the poets to stop trying.  Or for us to cavil when their efforts fall short.  Words are not enough.  We can only be grateful for the approximate manifestations of Beauty and Truth that the poets bring to us.

As a context for the work of poets, and, more broadly, for how we place ourselves in the World on a daily basis, consider this:

"Proposition 6.52.  We feel that even when all possible scientific questions have been answered, the problems of life remain completely untouched.  Of course there are then no questions left, and this itself is the answer.

"(Is not this the reason why those who have found after a long period of doubt that the sense of life became clear to them have then been unable to say what constituted that sense?)

"6.522.  There are, indeed, things that cannot be put into words.  They make themselves manifest.  They are what is mystical."

Wittgenstein's term "the sense of life" (in German, "der Sinn des Lebens") is a lovely way of describing what we may experience during one of those moments when the World communicates with us.  And, although science-enamored, ironic moderns may not like it, "mystical" is an entirely appropriate word to use when contemplating the possibility of arriving at a place where "the sense of life" becomes clear to us.

In the meantime, the poets, on our behalf, do their best to articulate those "things that cannot be put into words."

This lonely hill was ever dear to me,
And this green hedge, that hides so large a part
Of the remote horizon from my view.
But as I sit and gaze, my mind conceives
Unending spaces, silences unearthly,
And deepest peace, wherein the heart almost
Draws nigh to fear.  And as I hear the wind
Rustling among the branches, I compare
That everlasting silence with this sound:
Eternity is mine, and all past ages,
And this age living still, with all its noise.
So in immensity my thought is drowned,
And sweet it is to founder in this sea.

Leopardi's "silences unearthly" and "everlasting silence" bring to mind Wittgenstein's final proposition in Tractatus Logico-Philosophicus:  "What we cannot speak about we must pass over in silence." 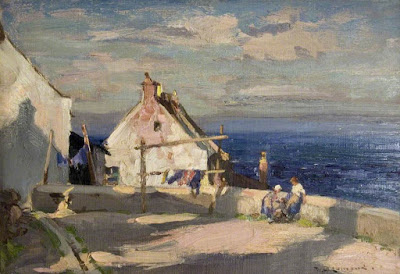 At times, there is nothing to be said.  "There are, indeed, things that cannot be put into words."  As human beings who traffic in language, this is hard for us to imagine.  But I would suggest that finding our way to the heart of the World requires the abandonment of certain things upon which we habitually rely.  Words, for instance.  Perhaps even more.

"Attachment to the self renders life more opaque.  One moment of complete forgetting and all the screens, one behind the other, become transparent so that you can perceive clarity to its very depths, as far as the eye can see; and at the same time everything becomes weightless.  Thus does the soul truly become a bird."

Easier said than done.  I certainly would never claim to have attained the states of which Jaccottet and Wittgenstein speak.  At the most, fleeting glimmers and glimpses.  Inklings.  But what they say rings true to me.  I still hope to stumble upon the heart of the World.  For now, the poets keep me headed in the right direction.

the village in the Welsh hills
dust free
with no road out
but the one you came in by.

A bird chimes
from a green tree
the hour that is no hour
you know.  The river dawdles
to hold a mirror for you
where you may see yourself
as you are, a traveller
with the moon's halo
above him, who has arrived
after long journeying where he
began, catching this
one truth by surprise
that there is everything to look forward to. 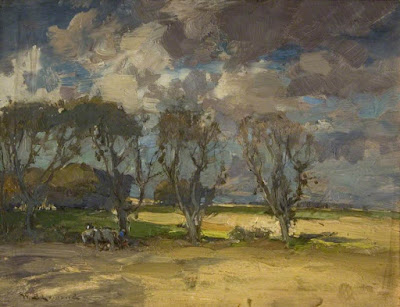 I am saying YES! to every word of this - thank you so much. Joy

Hello again Stephen,
Thank you for this post to ponder on. It has made me think on those few moments in life when, for a moment, everything is perfect and as it should be. Or perhaps, more to the point, I can see that all is perfect. I remember a robin singing along with Faure's Requiem, one sunny Easter Sunday in Devon. Nothing has ever surpassed that moment.
It is interesting about the difficulty of finding the right words. Perhaps that is why I find Quaker Worship so comforting.
With best wishes, Jane

Joy: Thank you very much. I'm pleased you liked the post. As ever, thank you for visiting. It's always a pleasure to hear from you.

Jane: Thank you for sharing those thoughts. The "perfect" moments of which you speak are in the nature of what I had in mind, and your anecdote of the robin and Fauré's Requiem is lovely. The distinction you make between moments when "everything is perfect and as it should be" and "see[ing] that all is perfect" is excellent.

As for "finding the right words": I have no experience with Quaker worship, and have only read about it, but the emphasis on silence is, as you know, one that can be found in many traditions (Buddhism and Taoism, for instance). I'm always in favor of silence.

As always, thank you very much for visiting. It's good to hear from you.

Stephen,
The world maybe reticent, though I don’t think it withholds. Perhaps we should be thankful that it is, glimpses when they come are so precious. We were in Norfolk a few weeks ago, walking one evening after a day of showery rain, following a footpath between fields, suddenly a flock of lapwings took off very noisily and in that same moment we glimpsed two hares at the edge of a field of ploughed earth and the far edge beginning to be lit by the setting sun. Nothing especial some might say, and yet such moments settle, bright, jewel like, deep, deep in the mind.

It’s been very busy at the university for some months now, but exams are finally over for another year and my wife and I are going to one of the Greek islands at the weekend for two weeks of much anticipated peace and tranquilty. Thank you for continuing with your always interesting and delightful posts.

John: I agree with your thought that the World does not "withhold" (although it may be reticent with respect to its deepest secrets). "Reticent" may not have been a good word choice by me, for I do agree that the World is quite voluble (in its own way), if we pay attention and remain receptive. Your experience in Norfolk is a fine instance of that. (Your stays in Norfolk always seem to bring these lovely moments and revelations, don't they?) Yes, some may say "nothing especial," but, as you note, these moments do "settle" (and accumulate) within us. They are bound to influence how we live, even though they may seem fleeting.

I hope you have a wonderful vacation in Greece. As always, it is a pleasure to hear from you. Thank you for stopping by, and for sharing your thoughts.