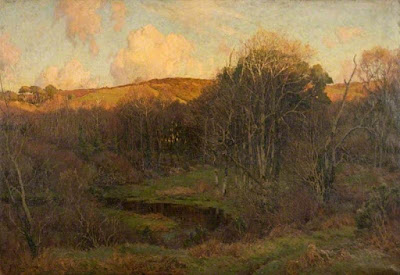 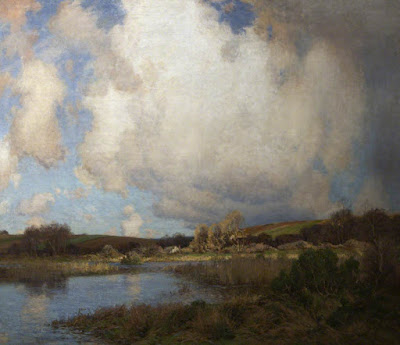 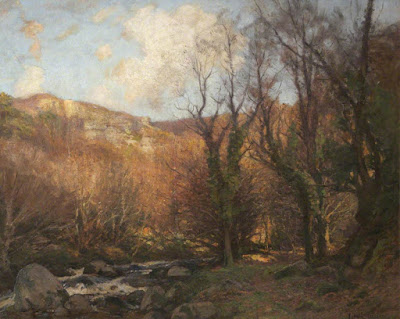 Wow, what a lovely post. And an American who knows about Norman MacCaig! He's my favourite poet but I wasn't sure that he was known outside Scotland. Best wishes from Edinburgh - where he lived.

Pam: I'm pleased you liked the post. Thank you.

Yes, MacCaig is a wonderful poet, isn't he? I just checked: poems of his have appeared in 35 posts here over the years -- I'm quite fond of him. He and George Mackay Brown are my favorite Scottish poets (although I mustn't omit Edwin Muir). As I'm sure you know, Brown wrote a lovely elegy for MacCaig, which ends: "May the mountains/Gather about him now, in peace, always." Brown also writes fondly of him in For the Islands I Sing (again, as I'm sure you know).

Thank you very much for visiting. Merry Christmas and best wishes for the New Year.

It's been three years now since I have first subscribed to your blog, I wanted to say thank you for all the nice poetry and comments you are posting. Once, twice, sometimes more news letters each month, and Always a real pleasure. Merci.
Celine

Ms. Baliguian: Thank you very much for your kind words. I'm delighted that you found your way here, and that you continue to visit. I greatly appreciate your presence here. Merci beaucoup. Best wishes for the coming new year.

Mr. Pentz--I read Kierkegaard's Concluding Unscientific Postscript 50 years ago, when I was 21. It changed the direction of my life.

Mr. Guirl: Ah, your comment brings back fond memories: although our ages differ, I was enthralled by Kierkegaard at the same time in my life. I confess that Concluding Unscientific Postscript defeated me: I never finished it. However, back in the days when searching for books was an adventure, I ended up with many of Kierkegaard's books from the wonderful Princeton University Press series (most of them translated, as I'm sure you know, by Howard and Edna Hong). I still have them. I was put on to Kierkegaard by a philosophy class in college and, more importantly, by the epigraph to Walker Percy's The Moviegoer: "the specific character of despair is precisely this: it is unaware of being despair" (which comes from The Sickness unto Death). (I've never forgotten those words since the day I read them. One can imagine their impact on a young man in his early twenties.) I was immersing myself in Percy's writings at the same time.

But I apologize for the digression. I can fully understand how something that Kierkegaard wrote could change the direction of your life. Your comment confirms what I was trying to get at in mentioning him and the other philosophers: they had a passion that is now hard to find.

As ever, it's good to hear from you. Thank you very much for visiting, and for sharing your experience.

Mr. Pentz, I appreciate your reflections on reading Kierkegaard, including the wonderful translation work accomplished by the Hongs at St. Olaf's College, which has in addition a superb choral music program. It has been a long time since I last read Walker Percy's novels, but I found him an intellectually stimulating writer and a good story-teller. My favorite is Love in the Ruins. I am a lucky reader in that one good book has always lead to another for my whole life. I am still making new discoveries and rereading books with much delight.

Poetry has been a relatively closed book to me, but discovering your blog has opened that book wider, which cheers me greatly.

Mr. Guirl: Thank you for those follow-up thoughts. As it happens, I attended St. Olaf College my freshman year, but then transferred to UC Santa Barbara (homesick for my high school friends and the beaches). I didn't become aware of Kierkegaard (and the Hongs) until later.

A story about Walker Percy. A friend and I took a quarter off from law school to travel around the country in autumn in his VW van, and, at one point, we ended up in New Orleans. Percy lived in Covington, on the other side of Lake Pontchartrain. Through a stroke of good fortune, we were able to have lunch with him at a restaurant on the shores of the lake. It is the one and only time I have ever sought contact with a writer I admire. (To borrow from your original comment: his books had changed the direction of my life.) He was a gracious and thoughtful person. Funny also. Just as one would imagine him to be from reading his books.

Yes, one good book leading to another is a wonderful thing, isn't it? I have been fortunate in the same way you have.

Thank you very much for your kind words about the blog. As I have said here before, my sole purpose in starting the blog was to share the things I love with others, in the hope that those things might now and then resonate with others as well. I am always flattered, humbled, and grateful to hear that there have been times when this has occurred.

Thank you again for your further thoughts.