Pondering the merits of a "careful" life versus a "carefree" life is all well and good, but, in the end, it is a side-show and a subplot, isn't it?  I don't deny that it is a serious business, this choosing of a "lifestyle" (a horrible 20th-century word), but there is an underlying and overarching and all-encompassing certainty out there . . .

Waving Adieu, Adieu, Adieu
That would be waving and that would be crying,
Crying and shouting and meaning farewell,
Farewell in the eyes and farewell at the centre,
Just to stand still without moving a hand.

In a world without heaven to follow, the stops
Would be endings, more poignant than partings, profounder,
And that would be saying farewell, repeating farewell,
Just to be there and just to behold.

To be one's singular self, to despise
The being that yielded so little, acquired
So little, too little to care, to turn
To the ever-jubilant weather, to sip

One likes to practice the thing.  They practice,
Enough, for heaven.  Ever-jubilant,
What is there here but weather, what spirit
Have I except it comes from the sun? 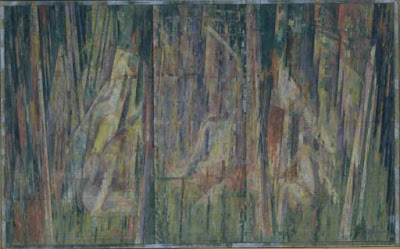 Labels: How To Live, Wallace Stevens