A Tuft Of Kelp, Birds, And A Cat

Who knows why certain poems stay with you and others disappear?  For some reason, the following poems have hung around.  I believe that they are fine instances of poems in which much is accomplished in a short time with what might seem to be trivial objects.

The Tuft of Kelp

All dripping in tangles green,
Cast up by a lonely sea,
If purer for that, O Weed,
Bitterer, too, are ye?

One is tempted to read the course of Melville's life back into the poem:  the early praise and fame; the criticism and neglect that followed; and, finally, the decades of obscurity.  (John Marr and Other Sailors was privately printed by Melville in an edition of 25 copies.)  But is such a reading necessary?  The poem can just as easily be about each of us.  And it can just as easily be about . . . a tuft of kelp. 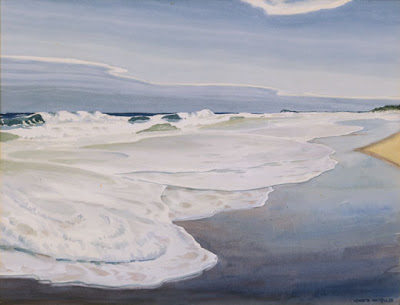 Sir, say no more.
Within me 't is as if
The green and climbing eyesight of a cat
Crawled near my mind's poor birds.

Again, one is tempted to read the course of Stickney's life back into the poem:  he died at the age of 30 of a brain tumor, and this fragment was one of the last things that he wrote.  But, again, it can just as easily be about each of us. 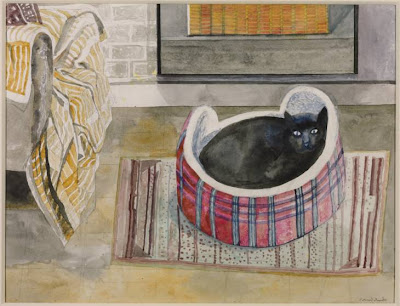 I think I read each poem literally. Nice imagery. (It has been difficult to submit comments lately.)

From My Easy Chair

From My Easy Chair: thank you for visiting again. I always appreciate hearing your thoughts.